Yemisi Fancy is a singer, songwriter and actor. She was first seen in the African glamour family series “Tinsel” where she plays the character Helen. She later starred in other shows and short films. Yemisi, with a background in law, is also known for her melodious tracks and unique sound. She is all about bringing the African sound into life in her music, as she believes the world needs to feel the beauty of Africa through music and film. She talks to Tosin Clegg about movies, music, starting out her career, life at large and so much more

I’m a brand that exudes fun

I  love music, film, dance, I can be an introvert but my line of work and business require me to be an extrovert. Yemisi Fancy is a brand which is quite versatile; it’s a brand that exudes fun, talent, confidence in the art of entertainment. Growing up was pretty, fun and a bit hectic. My education was here in Lagos. I’m a Lagosian. I’m from a large family, and I’ve a couple of siblings. I studied law at the University of Lagos. Yemisi Fancy is an artiste with a background in Law.

I’ve always loved the art of music and acting

It all started from a passion to a dream. Then it is turning the dream into a reality. I’ve always loved the art of music and acting, but I never thought I would be doing it professionally, as a business and career. I thought I would be that lawyer that was just passionate about the art, but as time went on after my education, I decided to give it a shot and I’ve been growing steadily at it.

I deal with challenges everyday

What I look at in music is melody, composition

I used to believe that good music should sound a certain way, but then, over time I realised that everyone has ears for what appeals to them. What’s good music to you might not be to me and that doesn’t mean it is bad music. But generally, what I look at is the melody, composition, arrangement and, more often, the beauty of the words. I’ve had quite a couple of songs. So far, I’ve dropped 5- 6 tracks. I think you should totally check them out on the internet.

They initially wanted a character that could act and sing to make up a band on the show called “Shallys Angels”. I auditioned and got casted, and the character “Helen” started out on the show till date. I’ve featured in a couple of other projects but the recent one is yet to be out, but it will be screening at this year’s African International Film Festival (AFRIFF). This November it’s titled Oriki and it’s a short film on gender-based violence, rape.

What makes me an exceptional actor

The ability to understand and digest the character makes me exceptional and being able to make others see what you see in the character that’s being played. What makes me an exceptional actor is my work ethics. Good Work ethics is one of the most important things in every business. As an actor, the ability to show up when needed, keep to time, listen to the direction from the director or whoever is in charge. In this part of the world, good work ethic isn’t really appreciated as much; sometimes, people respect those who choose an African time over the call time, which shouldn’t be the case. My good work ethics make me exceptional because the talent is already there.

The kind of song I do and the messages

Afro pop, Afro house and sometimes a bit of soul and R’n’b. It’s all about Africa and the ability to sell the beauty in African music to the world. Messages vary from song to song, but generally I seek to share a happy, fun and jolly aura in my music.

I hope to be a household name in my craft

I have a principle of living one day at a time as we do not have control of lots of things. But basically, from the music side, I would love to have a strong body of work, EP or an album. Affiliate with other new and established act both at home and abroad. Film wise, I want to be part of more film projects and also put out a couple of films as a producer. And also expand the brand as time goes on. It’s more than the craft, but building a strong brand.

Well, drinking lots of water, saying my prayers, avoiding stress and people that can only stress me, being with people who encourage and motivate me. Sometimes, the secret to staying beautiful isn’t about how expensive your beauty products are, but the ability to stay off toxicity.

How women are perceived in the industry is wrong

There’s a mindset that women do not belong in the entertainment scene, especially the music scene. That explains the fewer number of women, compared to men. People need to be more receptive to women in this line of business and believe they have as much potential to be great just as the guys, and be open minded to receive new sounds they are not used to. Secondly, there is lack of structure for everything that pertains to the entertainment industry. There’s no structure and that’s why the issue of piracy still eats deep into film and music. Artiste and producers put a lot of resources in projects just to find them online for free; no one can pay for what they can get for free. This has frustrated a lot of content creators in this side of the world. I must confess the level of piracy has drastically reduced due to the digital age and streaming platforms. But I think the government should put some strict laws in place for intellectual property protection. So that more creators can feel very confident to come in, which will in return, create more job opportunities for lots of people. 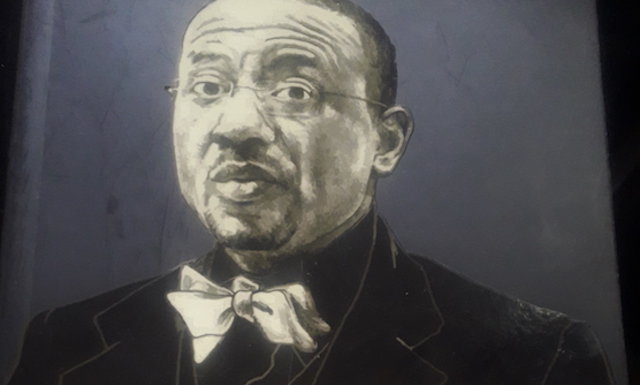