It was a gathering of Itsekiri pride last weekend at the Agip Recital Hall of the MUSON Centre, Onikan, Lagos when renowned filmmaker and playwright Alex Eyengho staged his critically acclaimed play ‘Olu Akengbuwa’. It was the first time the play is shown to a Lagos audience. Olu Akengbuwa was first staged in Warri in 2015. The historical figure was the 16th ruler of the kingdom.

Featuring famed thespians such as musician and actor Dede Mabiaku, Norbert Young among others, Olu Akengbuwa interrogates the events that led to the historical lacuna in the kingdom of Warri when it was without a king for 88 years. History alludes to a curse placed on Olu Akengbuwa (Dede Mabiaku) by a certain herbalist from Ife, Oyo Empire, and the king’s curse on his ambitious son who was eager to take the throne, responsible for the interregnum.

These facts are subtly interpreted in the over an hour play. The play is multi layered with themes that explore the role of women in the kingmaking process as brilliantly played by Mary Chukwuma. She embodied Princess Iye, one of the daughters of the Olu who wielded her influential power to determine who becomes their father’s successor even if it meant plotting evil against her siblings.

The resulting sibling rivalry from polygamous marriages were adequately mirrored in the epic play, particularly in Prince Omateye (Raphael Stevens) who was determined to crush any obstacle to his enthronement. His ambitiousness eventually fetched him a curse from his father after he assaulted one of his father’s wives. His act subtly touched on domestic violence and the egocentrism of a misogynist.

Despite the poor audio quality of the production, the play laced with proverbial dialogues elicited applause from the Itsekiri people in the hall. Dignitaries from the Warri tribe that graced the event include Nigerian businessman and billionaire Ayiri Emami who described the play as an eye opener to the historical background of the tribe that dominate most parts of the Niger Delta region.

“The drama teaches you to be patient and control anger. We can see what anger caused the entire kingdom. It is very important that we hold on to our culture. Itsekiri has a lot of history that people are not aware of. What we are trying to do now is to tell our heritage, where we are coming from and where we are supposed to be. There is so much to learn from this drama. It also shows that we need to take history back to the classroom for our children to learn more about our heritage.”

The director Eyengho pointed out that over 100 cast and crew members were employed to stage the play.

“That is one thing about epic play. You have to tell it well. We plan to take it abroad and henceforth, it will be staging every November in Lagos.”

He added that the storyline of the play reflects national and global issues.

“We see tussle of power, desperation, scheming. These are themes that have universal application and not limited to the Warri Kingdom. We are interpreting these through our culture.” 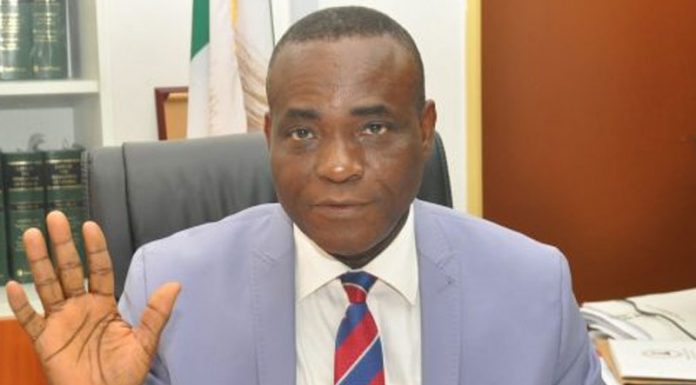