A self-taught artist, Sylvester Aguddah has developed a penchant for exhibition artworks at unconventional spaces. Recently, he led no fewer than 20 artists to the floors of Lennox Mall in Lekki Phase I in a show titled, “Nigeria of Our Dreams” in commemorating Nigeria at 59 and to showcase exquisite pieces of arts, crafts and design to new audience. Curated by Ifeanyichukwu Oremeka, the show was to create a platform for budding artists with unique techniques and expressions who cannot afford an exhibition space to show their works.

The mall was swarmed by customers who were attracted to the works and the stories they told. Speaking on this initiative, Aguddah, who had shown some of his works at the domestic wing of the airport in Lagos, MMII said the Lennox Mall and Radisson Blu have been supportive of this project that empowers talented artists.

“It’s not a normal day where you go to the gallery to see the works; we have brought the gallery to Nigerians. As a mandate, we will continue to identify more talents and we will do exhibitions in the most unusual spaces,” Aguddah said.

Aguddah maintained that some of the fresh collectors of the art were moved by the message in the works. With 19 years of experience as a senior executive in the corporate world, Aguddah has relentlessly pushed the envelope in attracting more people into art collecting. From wearable art to functional art, the assortment of beautiful pieces keepsexpanding at every show.

“We are not there yet. We’re open to sponsorship and we want a platform to exhibit. I’m a restless artist. I want to try something all the time. We have been able to take our works outside the country,” he revealed.

Meanwhile, Aguddah’s passion for the art has become infectious that his sons are also drawing. He recounted how his son once sold a piece shortly after displaying it online.

“He put it online and within five to ten minutes, it was sold. Then, he is doing another one now and I told him, ‘Slow down, don’t start competing with your dad. But it’s been really rewarding,” he said, smiling.

Aguddah has fresh digital paintings in addition to the collage works that are his signature style. He also staged a week-long exhibition at the Freedom Park Lagos as part of the activities for the Felabration 2019. 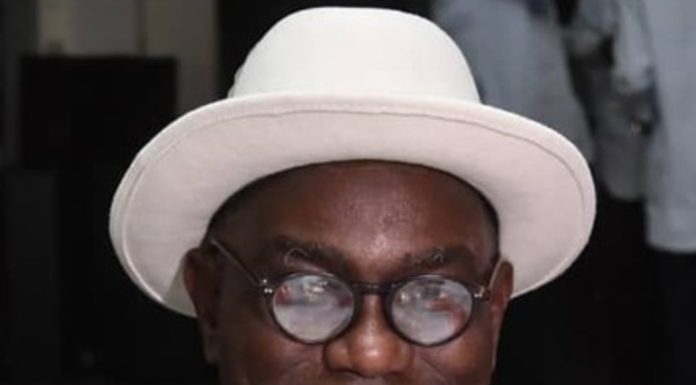