The National Identity Management Commission (NIMC) has raised concerns over the low coverage of Nigerians in the identity development of the country, saying a unique number and digital identity could help solve the present problems facing the country.

The NIMC Director-General and Deputy General Manager, Mr. Aliyu Aziz and Mrs. Uche Chigbo respectively, who stated this in their separate presentations in Abuja at a press conference, noted that only 38 million Nigerians out of over 180 million have been captured.

They lamented that despite the huge financial investment by the federal government to facilitate the process of registering Nigerians in the diaspora, foreign legal residents and internally displaced persons, the process is still suffering serious setbacks.

“Our country has been on the journey to provide identification for all Nigerian citizens and legal residents for some years now so as to enable the government and service providers verify individual’s identity on demand and at point of service delivery.

“Nigeria’s existing foundational identification systems (which comprised the National ID system and the Civil Registration) suffer from low coverage across the population, and the government is incurring significant costs due to fragmented identification landscape,” Aliyu lamented.

Corroborating his position, Chigbo attributed the problem to a number of factors, which she said had been delaying the Commission from delivering properly on its mandate after the Federal Executive Council approved a strategic roadmap in September 2018 to accelerate digital identity development in Nigeria.

She explained that if the roadmap had been properly implemented, it should have at least a minimum of 4,000 enrollment points, which means that for every fifty thousand people, there should be an enrollment station, adding that it would have also reduced cost in data collection.

According to her, “Identity development in Nigeria has been suffering from very low coverage. We want to issue a unique number (digital identity), that’s our focus. We want to make it unique based on biometrics, and the biometrics we are collecting will make the ID unique.

“The Federal Government of Nigeria decided to take a look at it again and came up with a sustainable system that will help achieve identity development within the next three to five years.

“The federal government will lead the initiative to collect biometric data nationwide and also coordinate efforts to avoid duplicating data collection at high cost across all the various stakeholders.” 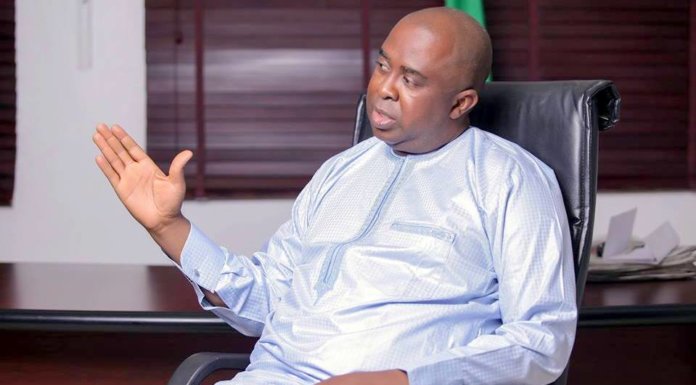