As Alaghodaro 2019 draws near, residents in Edo State are gearing up for the various activities lined up for the event, which marks Governor Godwin Obaseki’s third year anniversary in office.

A cross-section of residents in the state, who spoke to journalists, said they were waiting eagerly for the summit, which is in its third edition, to celebrate the achievements of Governor Godwin Obaseki in basic education, healthcare, urban renewal and others sectors of the state’s economy. Major roads and streets in the capital city of Benin now wear new look as branding materials dot the cityscape.

The Alaghodaro 2019 summit themed ‘Delivering to the People: The Next Level,’ would host investors, government functionaries, youths, women and other players in the state’s bourgeoning private-sector driven economy.

Mr. Gabriel Ehiagwina, a trader in Oba Market, Ring Road, expressed his delight over the new look of Benin City, noting that preparations are ongoing to ensure a successful outing for the Alaghodaro 2019 summit.

According to him, “We have been hearing a lot about Alaghodaro 2019 summit on the streets, markets and even on radio and television. The governor is marking his third year in office and we are happy to be celebrating with him. Governor Obaseki is someone we are all proud of. My children in school are happy going to school because of the way they are now being taught. It is really surprising. I am so happy.”

Another trader, Mrs. Blessing Igbinovia, said the Obaseki-led administration has done a lot to correct the mistakes of past administrations, especially with the clearing of touts from the streets and restoring sanity to public life.

She said, “I am very happy with the government and I am eager to celebrate with the governor. A lot has happened since he came on board. We are better off, I can say that for sure because sanity has returned to the market. People are now really interested in what the government is doing.”

editor - April 3, 2020 2:42 am
29
GUEST COLUMNIST: KINGSLEY MOGHALU “Leadership is not about a title or about a designation. It’s about impact, influence, and inspiration.” – Robin S. Sharma Author of... 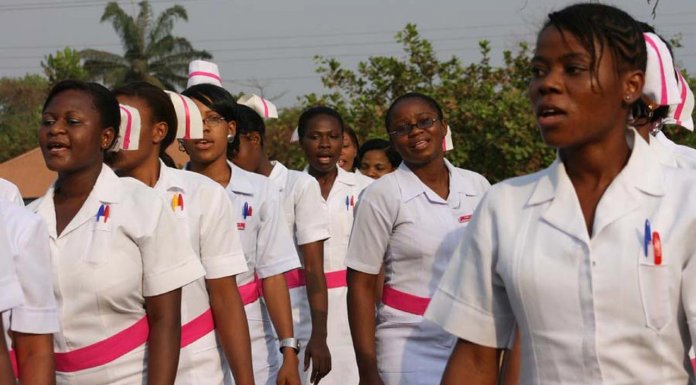 Women’s Rights in Childbirth Must Be Upheld, Midwives Insist