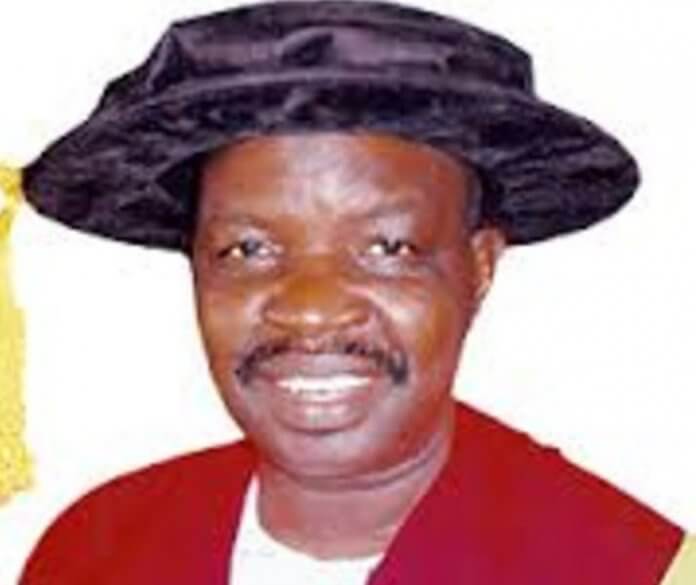 I’m particularly honoured that the planning committee, working with the executive of the association, smoked me out from my little space and found me worthy to be the guest speaker. Professor Jamiu Saliu had sounded me out some two or three years ago about taking up this responsibility and I had accepted in principle. But when I didn’t hear from him again, I had thought, with relief, that perhaps, God had done what he had denied Jesus Christ, letting my will be done and allowing this cup pass over me.

When I had long forgotten about that little conversation and had no expectation of anything that could ever bring me in contact with KSU, Prof. Saliu contacted me sometime in September to remind me of my earlier commitment to this lecture; I realised God perhaps only moved the cup to wait ahead of me. Although I was asked to speak on the unity of Okun Nation within the context of its prospects, challenges and consequences, I was thankfully allowed the liberty to freely navigate, but without necessarily going off course. I have therefore decided to speak on “Unity and the Future of Okun Nation.”

What is the state of Okunland today? A drive round Okun communities today is akin to visiting a place after a tornado. The roads are so badly dilapidated that Okun communities have almost been cut off from civilization. Our people have to make a detour through Ekiti State to travel from Kabba to Egbe, as Lokoja-Ilorin road, the major arterial road running through most Okun communities, has mostly become unmotorable. Primary and secondary schools have been run down; there is very little teaching going on in most of those schools. A considerable number of our youths have descended into vagrancy and drug abuse.

They follow politicians all over the place in what is now the most profitable vocation in town – touting. Having dropped out of school, bereft of any discernible skills, yet unwilling to farm, a large quantum of our youths have morphed into an army of undesirables, laying ambush at the entrances of venues of weddings and funerals and political rallies and any such social event, all in a bid to harass politicians and notable elite for money. They have lost the essential Okun man’s proud riposte: “Ma je labe re”, a saying forged in the fire of the philosophy of self-respect and personal dignity. Personally, and I believe for those of us working in the cities, travelling home has, regrettably, ceased to be something to look forward to – a pleasurable experience; it is now an exercise in pain and anguish, particularly with the wave of kidnappings, robberies and killings.

But that was not how the situation was during the time of our fathers. Those who grew up in the village, particularly the generation of the sixties, seventies, and perhaps the early eighties, were brought up in a different way. Our parents who were farmers and traders and teachers, despite being poor, lived by example in discipline and courage and integrity and character. Although they lived their lives mostly at subsistence level, what they lacked in wealth and formal education, they more than made up for in unity of purpose. Unity was the fulcrum on which every developmental project in their day was built. They realised early that it was more productive to come together in a group to work in one another’s farm – unity drove the “Oghe” motif. They didn’t have to be told that it takes the community to raise a child. Growing up, I knew my place not to misbehave outside of the family house, knowing that any elderly person was at liberty to discipline me if I failed, at any time, the “Omoluabi” test.

Indeed I would say a silent prayer that my parents would not be told of my misdemeanour if I were not to receive a heavier punishment. Our parents had a saying to rationalise this: “Omo gho ba go la tile, ode ke ti ko ogbon”. It could only have been the spirit of communal unity that would make our parents accept with equanimity whenever outsiders punish their children for bad behaviour. They realised it was better joining hands together to build a school in their neighbourhood either directly by the community, or indirectly through religious institutions, instead of their children having to travel long distances to government owned schools; indeed that it was easier to execute development projects with all members of the community working as a unit. That was unity in action.

It is no wonder that most development projects in Okun land were either founded by religious institutions or established by individual communities. St. Augustine’s College, Kabba and its sister school, St. Monica’s College were founded by the Catholic Church; Titcombe College, Egbe was established by the then Sudan Interior Mission; ECWA Secondary School, Mopa by ECWA Church; St. Barnabas College, Kabba by Anglican Church; Muslim College, Ayegunle Gbede by Ahmadiyya Muslim Mission, amongst others. The Gbede communities came together to establish Gbede Commercial Secondary School, Iya Gbede, even as several other communities across Okun land individually established their own schools. Whether they were schools or hospitals or town halls or churches or mosques; whether these institutions were founded by the communities or established by the religious organisations, there is one common denominator – the funds put together for the projects came from the little profit the traders made from their wares, the insignificant sales proceeds from the farmers, the lamentable salaries from the teachers.

Those who had no money to contribute were always available to offer their services for free – the bricklayers and carpenters and plumbers and electricians and painters, and of course the women volunteers: fetching water from distant streams, assisting the bricklayers in carrying mixed cement, and of course cooking for the artisans. That sense of selfless service, of teamwork, of putting the community before self, that inter-community competition – a competitive spirit forged in the fire of unity – propelled the developmental projects in various Okun communities at the time. We also had some notable Okun people holding important government appointments, and some others in the private sector with influence in the right quarters, people were sub-nationally patriotic enough to influence developmental projects to their domain. That was how our communities used to roll in those years of innocence.