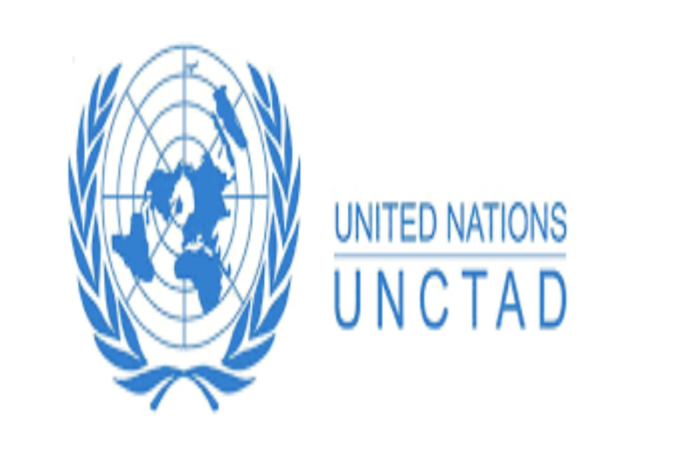 On March 29 this year, the United Nations Conference on Trade and Development (UNCTAD) issued a statement on global e-commerce from its Geneva, Switzerland office. The message was one that should keep hope alive for Africa e-commerce players namely: Konga, Jumia, Kilimall, Bidorbuy etc as they steel themselves to play in the international stock market.

According to UNCTAD, global e-commerce sales grew 13 per cent in 2017, hitting an estimated $29 trillion. A similar surge was seen in the number of online shoppers, which jumped by12 per cent and stood at 1.3 billion people, or one quarter of the world’s population.
This means one out of every four persons in the world had an e-commerce experience for the period. With more internet penetration and more handheld devices in the hands of more people across the world, this figure is expected to grow rapidly in the coming years.

With United States and Europe e-commerce markets nearing saturation points, global attention is shifting to Africa, especially Nigeria, regarded as the largest single market on the continent. The odds favour Africa e-commerce companies to claw deep into the expanding global market. Growing broadband penetration and increasing access to mobile phones among the continent’s young population combine to give Africa e-commerce outposts a head-start in the world market.

GSMA, the trade body for mobile carriers, projects that sub-Saharan Africa alone would have in excess of 690 million smartphone users by 2025, up from 250m at the end of 2017. This points to a lush e-commerce market for players on the continent in years ahead.
Experts predict that a bright future awaits African e-commerce players. However, they insist that to win the future, African e-commerce outposts should endeavour to go global using the instrumentality of the stock market.

So, when in February this year, the two major players in Africa, Konga and Jumia, announced the listing of their shares on the international market, there was palpable excitement among investors. Jumia planned an initial public offering (IPO) in the New York Stock Exchange (NYSE) this year while Konga, Nigeria’s biggest Omni- channel e-commerce group, was reportedly set for a major listing on the London Stock Exchange (LSE) by the last quarter of 2020.

By May this year, Jumia made good its promise. It listed on the NYSE but unfortunately for Africa, Jumia’s listing was allegedly fraught with fraud.
Trouble started when on May 9, 2019, Citron Research, a respected firm with a history of in-depth research in stock markets and investments, published a report accusing Jumia of overstating certain financial metrics in its April 2019 IPO prospectus and omitting adverse information about the number of returned, undelivered, or canceled orders from the prospectus.

On the strength of this information, Jumia’s share price fell $6.22 per share, approximately 18.8 per cent, to close at $26.89 on May 9, 2019. It was a bad moment for Africa e-commerce as the continent tries to carve its own niche in the global market.

In a class action in US, Jumia was accused of many infractions including that: (i) Jumia had materially overstated its active customers and active merchants; (ii) Jumia’s representations about its orders, order cancellations, undelivered orders and returned orders lacked a sufficient factual basis and materially overstated the company’s sales; (iii) It failed to sufficiently disclose related party transactions; and (iv) It’s financial statements were presented in violation of applicable accounting standards.

But experts on African e-commerce market argue that Jumia’s case should not be used to rate African players, saying Jumia is not an African company, but a foreign e-commerce company registered in Germany but with focus on African market.

“The misfortune of Jumia at the NYSE should not be used to gauge Africa; rather the world should beam attention on Konga and other truly African e-commerce outfits,” a pan-Africa digital economy analyst, Mr. Ray Umukoro, said.

The Jumia tragedy clears the stage for Konga to write the African story in brilliant colours. Earlier media reports said Konga Group is set for an initial public offering that will see the e-commerce giant valued at about $3.2 billion, further shoring up the profile of e-commerce industry in Nigeria, nay Africa through its listing at the LSE.

But can Konga write the wrongs of Jumia and fly the African flag in the international stock market? The metrics appear positive and point to a
According to analysts, modern investors in the stock market are smarter and wiser. “Between the investors and listed companies are a retinue of service providers who are willing to volunteer information on the true state of the listing companies. No listing company should try to play smart by sprucing up figures. This should guide the promoters of Konga as they prepare their books to launch into the global stock market,” an analyst said.
At the moment, Konga is not just a Nigerian company, it is flying the African flag on the international stage. It must not fail lest it ruins further the chances of African companies playing big in the lucrative international stock market, this time the LSE.

The opportunities appear limitless for developing economies like Nigeria. But like UNCTAD pointed out from a development standpoint, the poser remains whether businesses in developing countries are prepared to seize these opportunities. Konga and other African e-commerce players should accept this challenge and leverage on the depth and vastness of the international stock market to make a statement and tell the African story.
Only Africa can save Africa, and in Konga the continent awaits a new verve and energy that would shoot Africa through the borderless global e-commerce market via the stock market. The moment is now and Konga should lead other African e-commerce start-ups to galvanise the momentum to break the ceiling.

editor - January 21, 2022 12:38 am
7
BY AKIN OSUNTOKUN Arguably the forthcoming presidential election in February 2023 is the most consequential election Nigeria is ever going to have.The circumstances leading to...