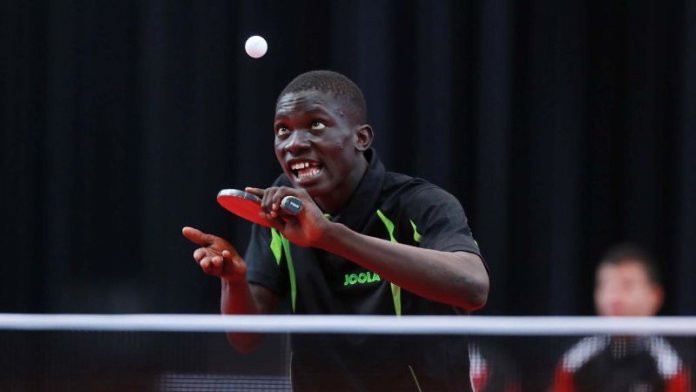 African representatives at the 2019 ITTF Team World Cup, Nigeria and Egypt have been a tough draw as the African champions will battle World and Olympic Champions – China in the first round of the competition holding at Tokyo Metropolitan Gymnasium.

Tokyo, which recently hosted Rugby World Cup to next year’s keenly awaited Olympic Games, Japan is very much at the centre of the sporting world right now as the anticipation and excitement that come with staging the globe’s most prestigious sports event of all is certainly not shifting away from these shores.

Before Tokyo 2020 is duly paraded across the nation next summer, there is a very important test event taking place which is 2019 ITTF Team World Cup, taking place between Wednesday 6th and Sunday 10th November 2019.

Twelve of the strongest national associations, in each of the men’s and women’s competitions, are battling for glory, which will also be the venue for next year’s big event and a dress rehearsal for Tokyo 2020 Olympic Games.

The roadmap for the first two days of the Team World Cup was confirmed on Tuesday November 5, at the draw which split the teams into groups of three with the top two positions of each group proceeding to the knockout rounds.

African men champion, Nigeria will play the opening match in Group A against China on November 6 while their second group match will be against Chinese Taipei on November 7.

Like Nigeria, Egypt will also begin their campaign in Group A against China while their second match will be against Ukraine.

As 1st and 2nd seeds in both men’s and women’s competitions, China and Japan are the favourites to meet in Sunday’s finals.

Their strongest challengers among the men’s teams are Germany (3rd) and Korea Republic (4th), while Chinese Taipei (3rd) and Hong Kong, China (4th) are the other top seeds in the women’s team groups.