Home Breaking Jubilation in Ekiti as Olujimi Wins in Appeal Court
Share
WhatsApp
Facebook
Twitter
Email
Google+
Pinterest
Linkedin
ReddIt
Print
Tumblr
Telegram
StumbleUpon
VK
Digg
LINE
Viber
Victor Ogunje in Ado Ekiti
There was wild jubilation among the members of the Peoples Democratic Party (PDP) in Ekiti State  on Wednesday as the Appeal Court upheld the victory of the party’s candidate, Sentor Biodun Olujimi in the last senatorial election.
The victory dance was visible in Omuo Ekiti, Olujimi’s hometown  and headquarters of Ekiti East Local Government, where the jubilants had trooped to the streets to praise the judiciary for its steadfastness.
The Appeal Court sitting in Ado Ekiti had to relocate to Kaduna to deliver the judgment and affirmed the September 9 tribunal judgment of Justice Danladi Adeck, which nullified the victory of the Senate’s spokesman and All Progressives Congress (APC) senatorial  candidate in Ekiti South, Prince Dayo Adeyeye.
However, the PDP said the judgment of both the lower tribunal and the Appeal Court did not come as a surprise because the result declared by the Independent National Electoral Commission (INEC) did not reflect the true vote cast in the first instance.
In a statement by the PDP Publicity Secretary in the state, Mr Jackson Adebayo, the party berated INEC for colluding with the APC to steal the mandate which was given to Olujimi and PDP at the poll without minding the democratic consequences on the nation.
“We congratulate all members of our party in the state and particularly congratulate Senator Biodun Olujimi for her courage to fight the battle to a victorious logical conclusion .
“We want to assure all our members that with the victory of Senator Olujimi there is a great future for the party, what we just need is to walk in unison towards subsequent elections in the state,” Adebayo said.
Meanwhile, the APC has rejected the Court of Appeal judgment, which sacked the spokesman of the Senate, adding that it did not reflect the wishes of people of Ekiti South Senatorial district.
“The judgment delivered earlier today can best be described as a travesty of justice and robbing Peter to pay Paul,” APC said.
APC, in a statement issued by its Director of Media and Publicity, Sam Oluwalana, noted that the short period spent by Adeyeye at the red chamber was indelible and remarkable for the people of Ekiti South and the state in general.
Oluwalana, who doubles as the SSA (Media) Party Matters to the state governor, stated that the Prince of Ise Ekiti exhibited exemplary traits while in the upper chambers.
“We commend Prince Dayo Adeyeye, who was highly-reverred by his colleagues in the Upper Chambers, for the exemplary leadership which he exhibited within the short period he spent in the Senate. We area proud of his achievements during the period, as he was able to manage information outflow, without any scandal in the House,” Oluwalana said.
He however appealed to the people to go about their normal businesses rather than taking the laws into their hands over the judgment.
The APC scribe also counselled the people not to be discouraged by the court judgment, saying that they should continue to support the APC in the state in its quest to turn around the mismanaged economy of the state by the past regime.
“We advise our supporters in the state not to be swayed by the judgment, but to rather remain steadfast with the state government in its quest to make things better for the people of the state,” he said. 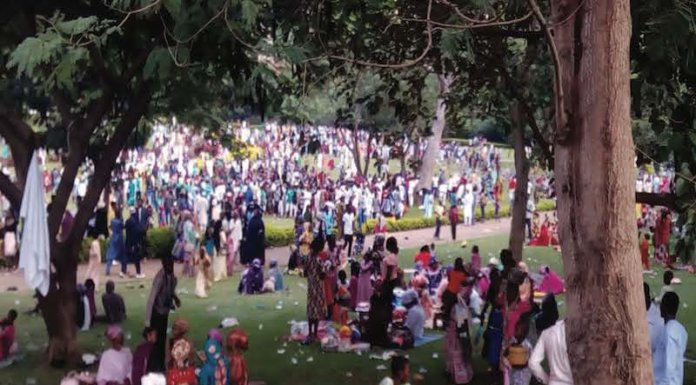