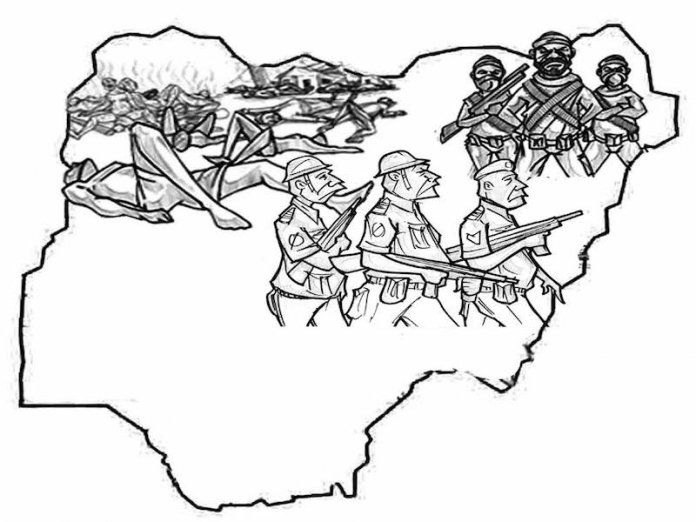 The gravity of the humanitarian situation in the North-east was again brought to the fore after a recent visit to the area by the United Nations Undersecretary General, Mark Lowcock. According to Lowcock, who coordinates the UN’s humanitarian affairs and emergency relief in the region, no fewer than seven million people are in dire need of assistance in the three North-east states of Borno, Adamawa and Yobe. He said that renewed violence, most of it perpetrated by Boko Haram insurgents, “has sparked an upsurge in forced displacement in Borno, with more than 140,000 people forced to move this year alone.”

In corroborating Lowcock’s report the United Nations Children’s Fund (UNICEF) said that the decade-long conflict had resulted in humanitarian crisis that has negatively affected 7.7 million women, men and children. The United Nations High Commission for Refugees (UNHCR) also reported that the Lake Chad Basin region is grappling with similar crisis. Lowcock admitted that the efforts of the Nigerian security agencies and others between 2016 and 2018 had led to the return of more than two million displaced people to their homes.

Even so, the present security condition still leaves much to be desired. Besides the socio-economic fragility, harsh climatic conditions, recurrent epidemics, poor infrastructure and limited access to basic services, afflict the victims and many others in the North-east. Persistent attacks by armed groups and military restrictions on movements have continued to make life difficult and unbearable to people who could not engage in economic activities. The unwholesome development has resulted in food insecurity and severe malnutrition, particularly among the displaced. Many farmers have missed planting seasons and more than three million people are food insecure.

The present situation in the North-east should be of great concern to our leaders. Even those who made it to the IDPs camps are not faring much better. Hunger is a constant companion in many of the camps just as medicare is in short supply even as shelter, clothing and water are essential commodities. The dire situation of the displaced persons is amply captured by the same United Nations Office for the Coordination of Humanitarian Affairs sometimes ago, when it stated that “The vulnerable host populations are in critical need of humanitarian interventions that include food, water, sanitation, protection, education, shelter and health services.”

Unfortunately, this is still happening despite the considerable support by the government and many world bodies and others to lighten the burden of the people. This is because many of the humanitarian needs funneled to the camps do not get to them as they are often diverted. The challenges can thus be largely narrowed to the ineffectiveness of the several agencies of government saddled with the responsibility of soothing the pains of the IDPs. After all, it is known that relief materials meant for the IDPs had been diverted to the open markets for sale to the general public by officials of government.

We therefore call on the newly created Ministry of Humanitarian Affairs and Disaster Management as well as the North East Development Commission and security agencies to vigorously address the festering humanitarian crisis in the region. The agencies should work hard to avert the diversion of humanitarian aids to the North-east. They must also do more to address the devastating condition of the victims by providing life-saving services such as health and education and step up their protection.

These agencies must particularly address the problem of malnutrition in the camps by ensuring the constant supply of food items and sanitary materials for women. Nigerians must be rest assured that monies meant for the distressed are not being misappropriated by a few persons in position of authority.