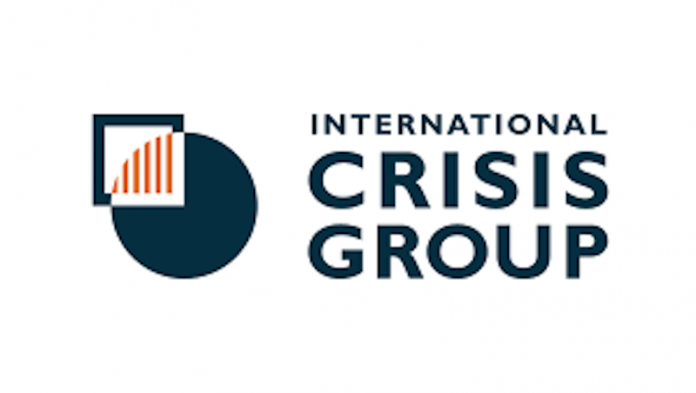 ICG needs the support of foundations and individuals to ensure a peaceful world, writes Frank Giustra

I just returned from a Board of Trustees meeting of the International Crisis Group (ICG) and it was a sobering experience, to say the least. I have been on the board for almost 15 years and it certainly feels like the world order we grew up with is progressively deteriorating.

Our mandate at ICG is pretty straight forward – work to prevent or end deadly conflict anywhere in the world. It has never been an easy task and it’s getting increasingly difficult. But our role is more important today than ever.

So many things have changed since 9/11 that make our job more challenging. The US has become more unilateral, isolationist and unpredictable in its foreign policy. Russia has become increasingly emboldened by America’s abandonment of its allies and regions of interest. China is challenging the US for economic supremacy and introducing its own version of a Monroe Doctrine in the Asia Pacific. The EU is torn between being the standard bearer for progressive democracy and the rising tide of populism. Brexit has effectively marginalized the UK, traditionally a major actor on the international scene.

To add to the chaos, our international organizations are also in disarray. The UN Security Council has three permanent members that look to ensure its impotence on any important geopolitical issue.

Against this backdrop, let’s consider the current state of the Middle East. Since taking office, the Trump administration has come down hard on Iran. It abandoned the nuclear deal and re-imposed punitive sanctions on the country. In parallel, the US has forsaken diplomacy with Iran and unconditionally embraced Saudi Arabia, which, in turn, has emboldened the Saudis (with support from the UAE) to redouble their military confrontation with Yemen’s Houthi rebels (who are backed by Iran). This ongoing conflict in Yemen has created what the United Nations considers the world’s worst humanitarian crisis today.

The Trump administration has also consistently signaled its unwavering support for Netanyahu’s government in Israel. Besides seeking to bury the two-state solution, Netanyahu also has pushed the US to take an ever more aggressive line with Iran.

In response, Iran has hit back by, among other actions, targeting oil tankers in the Gulf, shooting down a US drone in its airspace and, more recently, almost certainly being behind a brazen attack against Saudi oil facilities. For all its bravado and bellicose language, the US did not retaliate against any of these actions. That sent a strong signal to the entire region: namely that, while Trump likes to talk tough, he doesn’t have the stomach for another costly Middle East war. It was the one campaign promise he wanted to keep. The end result is that Iran feels it has every reason to escalate tensions in order to try to end the economic warfare waged against it, and little reason to fear a U.S. military response. That’s a recipe for miscalculation or worse.

While the situation in the Middle East during the past couple of years has grown increasingly unpredictable and dispiriting, perhaps the most destabilizing move of the Trump presidency was the recent withdrawal of US forces from northeast Syria.
In turning its back on its Kurdish partners in the campaign against ISIS, and giving Turkey the green light to invade northern Syria, the US effectively handed the Assad regime and Russia a victory, and laid the groundwork for more chaos.

Like so many others, I am concerned about the future of the region because the risk of additional conflicts remains very high. As Iran is hurting economically from the crushing US sanctions, hardliners within the country are pushing for retaliation against American allies in the region. Instability in Syria already is drawing in several outside countries, and the risk of a confrontation involving Turkey, the Kurds, Iran or Israel is growing. Needless to say, any region-wide conflict would be disastrous. The entire Middle East is a tinderbox. Peace is a long way off but at a minimum the aim should be greater stability and predictability. That should include collective security arrangements among regional players – on, for example, maritime security; pre- notification of military exercises, arms control agreements – and someone to act as a guarantor. With the U.S essentially having taken itself out of action by virtue of its one-sided policies and abandonment of diplomacy, it has become harder to find a country able to play that role.

In that context, in spite of these obstacles – indeed, because of them — it’s time for others to step in. This is where ICG comes in. In the absence of any great power that can broker a deal, and given the UN Security Council’s disfunction, Crisis Group is one of the very rare organization enjoying international trust and credibility that can help grind out a path forward. Our job is to remain optimistic and continue to talk to ALL sides and provide solutions even when the situation feels hopeless. Crisis Group is and will continue to be a main actor during a time when honest brokers are in short supply.

To that end, ICG needs the support of foundations and individuals to do this very important work. Time and again, whether in Yemen, Iran, Colombia, Cameroon, Nagorno Karabakh or elsewhere around the globe, we have proved our worth in helping to prevent, mitigate or end deadly conflicts – and with it, the unnecessary and tragic human suffering such conflicts, inevitably, beget.

Giustra is a board member of the International Crisis Group