A former Imo State Governor, Senator Rochas Okorocha, on Saturday in Kano, expressed fear that the ruling All Progressives Congress (APC) might lose its current grip of power in 2023 if nothing was urgently done to reposition its leadership.

Speaking against the backdrop of the protracted feud between the APC National Chairman, Adams Oshiomole and Governor Godwin Obasaki of Edo State, Okorocha, who spoke to reporters at Kano Government House, Kano on Saturday, warned against crisis within the ranks of the APC leadership, adding that the ruling party had begun to lose it.

The former governor, who also addressed the issue of border closure, said whether or not anyone liked, the move was a price the nation might have to pay at some point, either now or in the future, if it truly desired to be self-reliant and guarantee the food security of her people.

“This idea of crisis and idea of commotions show that the said party does not have a common ideology. If the ideology is one and you believe in one thing, there should not be reason for disagreement at that level. You might have a minor disagreement, but when it comes to the issue of do-or-die, it is no longer a political party.

“So, let us see what we can do in this country to redefine what we mean by internal democracy. This is why people have options; this is why we don’t believe in one party system. We must have different political parties and identify the one that is in line with your vision – the one that is line with his political belief.

“What has been our challenge in Nigeria is that we don’t really have a common vision and common ideology for our political parties. So, it is just what we call Agidi and Goro combination. People come from all different beliefs, meet up in one place and form a political party.

“So, until we have such a political party that is more like a family in their belief, then, we are still growing our democracy. Talking about what is happening in Edo State, it is unfortunate but a true political party cannot work against itself. So, I want to advise that they reconcile and relax their differences. The truth is that a party that is divided against itself can never stand.

“I have said this earlier, APC is a party that we hurriedly put together when we were governors, because we felt that the government at that time was not living up to expectations and we wanted to make sure that we brought about change at that time.
“That is why we came together and formed the All Progressives Congress and we ensured that the party got power in 2015. That was how it was then and we achieved that. Right now, I think we should continue with the same pace that we started with in 2015 election but that doesn’t seem to be the case.

“President Muhammadu Buhari gave character to APC. He brought his integrity to bear on the party. He made the party what it is in the northern part of the country and the masses of the North, who saw him as a true leader, and we all rode on that to achieve that victory, but after the credibility of Buhari into this party, there seems to be no alternative in the same manner that will drive this party to 2023 victory.

“This is why I expressed my concern that if we are not very careful, APC might go with Buhari in 2023, and that will be a very unfortunate situation for the founding fathers of APC. The party needs to show purposeful leadership, show character,” he said.
On the closure of the nation’s border as part of measures to address growing insecurity, Okorocha advocated more practical approach in enforcing the border closure policy by the federal government.

According to him, more proactive action needed to be taken to monitor smuggling of goods from illegal borders in the bushes around neighbouring countries.

“The border closure has become a very funny issue. But what I don’t know is whether we are achieving results on the intention for border closure, because we have more than 3000 entry points in this country. If we close the border, what have we done with some other bushes that surround Cotonou, Cameroon and other places?

“I think border closure means that we should begin to look inward on better ways to feed ourselves. By creating that kind of atmosphere, people will now begin to understand why we should be self-reliant and ensure food security.

“Any time you see us eat a bag of rice produced in China, it simply means that you have created jobs for people in China while we are here as a consuming nation. So, whether we want to face this now or later, we must pay this price, either by this generation or the generation to come.”

He added that, “To say so means that there is nothing wrong to encourage local production. What I consider very afraid of is that if you travel from Sokoto to Kano, Lagos, Owerri, Ogun and Ondo and see any smoke coming out from the roof, that smoke is not a smoke for production, it is a smoke for consumption.

“It is either the smoke for pepper soup or smoke for fried fish or smoke for Jollof rice. This nation, for too long, has been a consuming nation and not a productive nation. This also has made our own problems more worrisome, because we are not economically independent. We depend on other countries for virtually everything that we eat and use and that is not good for our youths and the generation yet unborn.

“So, border closure a creation of awareness for us to begin to consume what we produce. So, we should take a more practical approach in ensuring that we encourage the youths and the people to look inwards and produce those things that we import.” 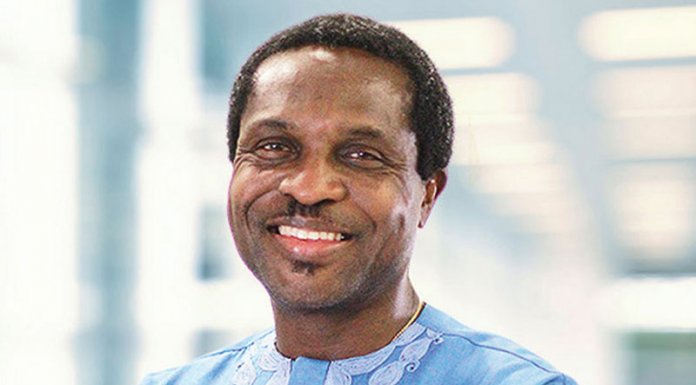