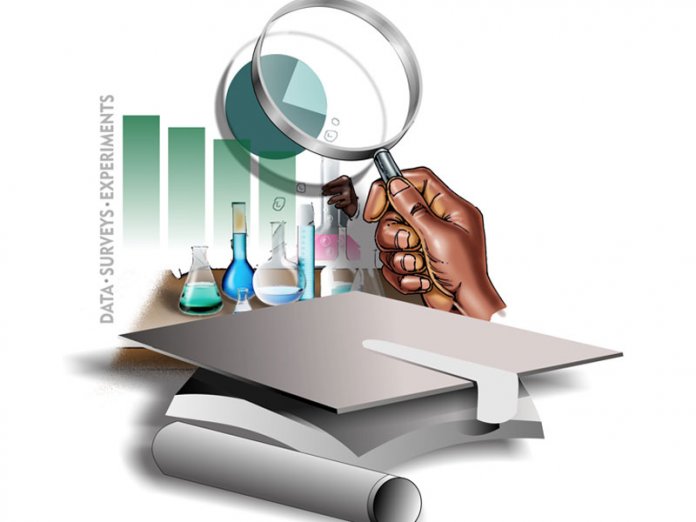 TETfund decision is a smart move. To break the frontiers of knowledge, researches are inevitable

Research is a key ingredient of advancement in virtually every sphere of human endeavour. With it, proper planning is enhanced, fresh discoveries are made and the frontiers of knowledge are expanded. The fast developing parts of the globe could point to strong empirical enquiries as major factors for achieving their current levels of development. To be counted among the truly progressive countries of the world, Nigeria needs to rise above its current below average attitude towards research and invest more on it. For optimal outcomes, the commitment of both the public and private sectors to this cause is required. The nation’s educational institutions, particularly universities, as centres of learning, should be at the vanguard.

It is in the light of this proposition that the ongoing intervention by the Tertiary Education Trust Fund (TETFund) deserves a studious attention. The agency whose contributions to Nigerian universities, polytechnics and colleges of education are largely visible, has now declared that it would change its focus from physical infrastructure to researches, publication of journals, training and re-training of academics, and the overall safeguarding of intellectual standards in the ivory towers. While we commend the idea, it also presupposes that members of the Academic Staff Union of Universities (ASUU) would have to embrace scholarship rather than unionism.

Of the N161 billion approved late last year for its operations in 2019, each public university is entitled to N785.8 million, while each public polytechnic and college of education could access N536.7 and N510 million respectively. The amounts, though clearly insufficient, could nonetheless address some crucial challenges. The steps taken so far this year by TETFund in that regard appear painstaking. Its calls in July and August for concept notes to access the 2019 National Research Fund (NRF) grants yielded over 3000 submissions which were scrutinised by the NRF Screening and Monitoring Committee (NRFS&MC).

The 405 prospective principal investigators whose notes have been shortlisted are now expected to proceed to the next phase, namely the preparation and forwarding of the full proposals for their specified research project(s). This stage will, according to TETFund, be followed by the evaluation and ranking of the applications by the NRFS&MC. The rigour, in addition to its economic wisdom, should also ensure adequate supervision and scholarly equilibrium. Hopefully, the successful requests will be determined by the availability and volume of funds allocated for the purpose and also the budget requirements of each package.

While appreciating the attempts of TETFund to keep to schedule and inject sanity into the programme, it must not lose sight of past shortcomings and the hurdles ahead. There have been cases of misappropriation of research or training monies disbursed to unscrupulous lecturers who see the funds as their own “national cake.” Also, reports exist about beneficiary institutions that fail to release part of the grants to the awardees. That led TETFund to send the grants directly to the researchers some time ago. Another area of concern is the degree of compliance to the laid down guidelines. Defaulting organisations and individuals should face appropriate sanctions rather than benefit from new allocations. Some beneficiaries even remain in their host nations at the expiration of their explorations, contrary to the contractual agreements. So, since the transactions are based largely on trust, conscious confidence building becomes inevitable.

The present effort by TETFund to boost the capacity of our post-secondary school establishments for competitiveness is a wake-up call to all stakeholders. Government at all levels should prioritise intellectual studies and investigations by, for instance, expediting actions that could increase education tax collection and utilisation. That would further empower entities like TETFund to facilitate the repositioning of Nigeria’s higher educational institutions to satisfy the demands of today. Universities and polytechnics in advanced countries and elsewhere are platforms for problem-solving, viable and result-oriented academic probes. Ours must not continue to lag behind.

Quote
To be counted among the truly progressive countries of the world, Nigeria needs to rise above its current below average attitude towards research and invest more on it