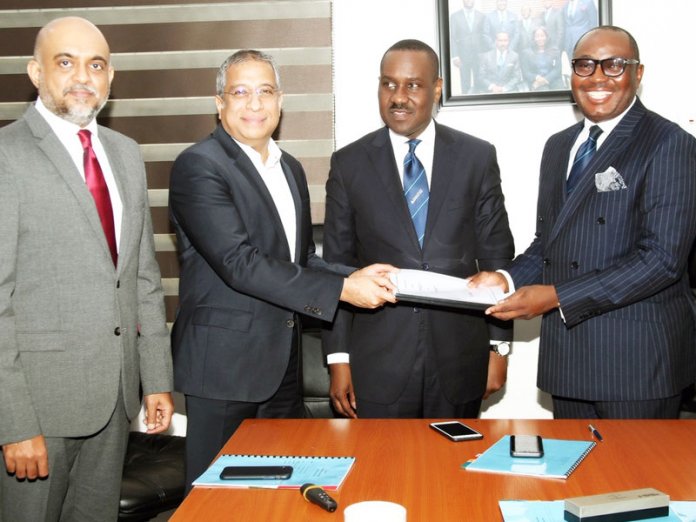 Microfinance banks operating in Nigeria have until April 1, 2020 to recapitalise either by raising fresh capital or merger with other willing operators in the industry to be able to continue to do business according to a directive issued by the Central Bank of Nigeria. One of the banks, Fina Trust Microfinance Bank, has blazed the trail with its partnership with Sri Lanka’s LOLC, one of Asia’s best, to raise the required capital, reports Bamidele Famoofo

Sometime in 2019, the CBN through a circular, announced a new capital structure for microfinance banks, which cuts across all categories. The increase ranged from 150 and 900 per cent. According to the CBN, the unit banks will need not less than N200million to continue to operate, while State MFBs will now require N1billion instead of the N100million current capital base. Also for any of the two categories to upgrade to a national player, it will need to raise its capital base to N5billion. At the moment it requires only N2billion to run a national MFB in Nigeria.

In a circular to all MfBs signed by Director, Financial Policy and Regulation department, CBN, Mr. Kevin Amugo, the apex bank stated that the capital requirement of the MfBs was raised in order to curb the challenges of capital inadequacy facing the sector, while repositioning it to meet critical targets in the microfinance policy. The apex bank said it has reviewed the state of health of the sub-sector and is of the view that the MfBs, as presently constituted, would be unable to meet the critical targets set out in the microfinance policy, hence the need for specific reforms to strengthen the subsector and reposition the institutions towards improved performance. The new minimum capital requirement takes immediate effect for new applications while existing MfBs shall be required fully to comply with effect from April 1, 2020.

It would be recalled that the state of health of micro finance banks has been a major worry for the CBN and the Nigeria Deposit Insurance Corporation (NDIC). Specifically in September 2018, the CBN said it would revoke 154 microfinance banks’ license over insolvency issues.

The apex bank claimed that 62 of the microfinance banks had already closed shop; 74 insolvent; and 12 terminally distressed; while six voluntarily liquidated.

The NDIC said it has previously paid billions of naira to depositors in failed micro finance banks.  For instance, in 2016, the NDIC said it had paid N2.9 billion to 81,328 insured depositors of failed MfBs across the country as at December 2015. It said a total of 187 MfBs, whose licences were withdrawn by CBN were closed within the same financial year.

Also, at the end of September 2017, the corporation claimed to have paid a cumulative sum of N2.88 billion to 525, 009 depositors of closed MfBs.

Fina Trust told THISDAY that the LOLC Group from Sri Lanka injected about N2billion in equity into the bank, which operates statewide in Lagos. The MfB is one of the leading state microfinance banks in Nigeria with head office on Toyin Street, Ikeja and branches in Agege and Ikorodu, serving the needs of micro and SME clients in its market.

“By this investment, Fina Trust Microfinance Bank is adequately capitalised to meet the new capital requirement regulation of the Central Bank of Nigeria (CBN), ahead of the April 2020 deadline and arguably the most capitalised of the MfBs,” a source revealed.

The Country Director of LOLC Group, a foremost Asian micro finance and leasing trailblazer, Mr. Ashan Nissanka, said the group was excited to invest in Nigeria as the investment was an access into sub-Saharan Africa through the largest market in the region.

LOLC Group has presence in more than 15 countries across Asia, MENA region. As part of the investment, LOLC Group is supporting the bank with strong micro finance skills and expertise that have been tested in the Asian market.

Managing Director/CEO of Fina Trust Microfinance Bank, Mr. Deji Popoola, noted the investment came with a competitive edge for the bank through a funding cost efficiency, competitive process, system and technology, as well as innovative microfinance product offering. Popoola was particularly appreciative of the LOLC family and the advisers who birthed the transaction.

Chairman of Fina Trust, Pastor Ituah Ighodalo, explained LOLC came into the equation as partners when the bank, which had been in business for 10 years, reached the limit of the capital invested because of Nigeria’s huge market.

According to him, the bank needed a partner in LOLC to achieve three things. “First is to bring in a bit more money to grow and expand the business to national level which was our target from the beginning.  The second thing is that we need a bit more of technology and expertise and the third thing is for them to share with us the experiences they have had on other continents. Those were very critical points for us looking for a partner.  We were not just looking for the money but we wanted people who would bring in technology, expertise and experience that will help us grow the business together across Africa.”

Ighodalo confirmed LOLC ticked all of the three boxes. “They brought in some capital, a little of which we will use to buy off some existing shareholders of the bank but most of it would be used to grow the business.  It will help establish our foot prints across Africa after rising to a status national microfinance bank in Nigeria.”

Nothing that,  “LOLC has done this successfully in some other countries of the world, the chairman said, “We don’t need to reinvent the wheels since they already have the technology, processes and expertise that made them successful in countries like Sri Lanka, Cambodia, India, Myanmar and the other places where they are operating.”

“What is very important to us is that like us, they are willing to grow and develop institutions, making sure we transit small players hopefully into big players. Our principle here is to grow small businesses that will in turn grow the economy,” he added.

From inception, the plan of the CBN is to encourage the private sector to establish microfinance banks that are well-capitalised, technically sound, and oriented towards lending, based on the cash flow and character of clients. The banks were in two broad categories namely, unit and state microfinance banks.

“The recognition of these two categories of banks does not preclude them from aspiring to having a national coverage, subject to their meeting the prudential requirements. This is to ensure an orderly spread and coverage of the market and to avoid, in particular, concentration in areas already having large numbers of financial institutions”, the CBN disclosed.

Also an existing NGO, which intends to operate an MfB can either incorporate a subsidiary MfB, while still carrying out its NGO operations, or fully convert into an MfB.

As at September 30, 2018, there are 882 licensed microfinance banks operating in Nigeria, according to information made available by the CBN.

“With sufficient capital, these microfinance banks will be in a stronger position to engage competent staff and invest in the right technology. The development will also enhance their corporate governance. This CBN directive will no doubt sanitise the microfinance sector and further stabilise the financial system,” an expert said.

He noted that “the reality is that many of the unit microfinance banks in particular with a minimum capital base of N20 million are financially sick with very high non-performing loans. The weak capital base hinders their ability to engage professionals in their operations as well as put proper risk management framework in place. Little wonder many of them are closing shop and their licenses being withdrawn by the CBN.”

Managing Partner at Trispeed Consulting, Mr. Rislanudeen Muhammad, acknowledged that a good number of the micro finance banks had weak capital due to years of high non- performing loans, adding that a strong capital base was important to enable them remain on sound health and also have capacity to perform their financial intermediary services.