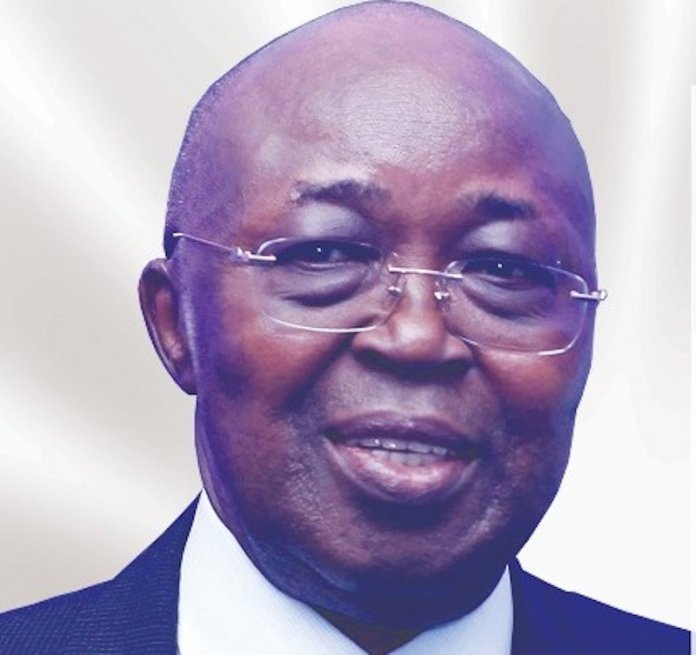 The Chairman of Caverton Offshore Support Group, Mr Aderemi Makanjuola, will today be sworn in as the Chancellor of Edo State University, Iyamho for a term of five years at the first convocation ceremony of the institution. According to the letter from the University signed by the Vice Chancellor, Prof. Emmanuel Aluyor, Makanjuola’s appointment was sequel to the approval by the Governor of Edo State, Mr Godwin Obaseki. It is an honour well deserved for a man who has built a reputation for quiet philanthropy, especially in the much-neglected social sector in the country. It is also a strategic move by the university that can now leverage on Makanjuola’s global network for their development.

For all his wealth, Makanjuola shuns the limelight and lives a simple life, even as he clears medical bills for those who have no way of ever repaying him in any way while funding the education of several people. So, for many years, he has targetted his giving to the two most neglected areas in Nigeria: Education and health. In 2014, Makanjuola donated a 500-seater lecture hall to the Federal University of Technology, Minna, Niger State while promising employment and internship positions for the institution’s students.

To mark his 70th birthday last year, for instance, Makanjuola donated a 500-seater lecture theatre to the Lagos State University (LASU) Ojo, Lagos. “Education is important and I believe if we have a good environment on campus, students will excel. I felt that I should do something because when you help people, you are helping yourself,” said Makanjuola at the occasion. Earlier in the same year, he had donated a 500-seater Lecture Theatre built in memory of his late mother (Alhaja Adiat Abegbe Makanjuola) at the Ansar-Ud-Deen Society of Nigeria (ADSN) University in Offa, Kwara State.

Meanwhile, just two months ago, the management of the Lagos State University College of Medicine (LASUCOM) commissioned a multi-million naira Molecular Biology Laboratory built by Makanjuola. “We’re grateful to Mr Makanjuola for this donation. This is a befitting 20th anniversary for us. Because we run regular tests, a new laboratory is like raising the bar. Having molecular genetics laboratory is something we have long desired, but it is capital intensive,” said the acting provost of the college, Prof. Anthonia Ogbera who added that the facility would help in the diagnosis of diseases such as sickle cell disorder, pre-natal diagnosis, cervical screening, basic diagnosis and a lot of others.

It is remarkable that Makanjuola has within the past 10 years given away billions of naira to support educational and health development in our country without any structured foundation. But his impact is being felt in substantial ways, and that perhaps explains why Edo State University targeted him for the position of Chancellor. That Makanjuola and a few of our wealthy people are investing in tertiary education, especially in the area of critical infrastructure, is good for the country. Now that he is a university chancellor, Makanjuola can do more to help structure that engagement between the private sector and our public universities for more enduring results.

In many countries, donations from wealthy individuals and corporate bodies sustain and provide an important contribution to the social advances tertiary institutions like universities aim to deliver. But it goes beyond helping to build physical infrastructure to funding research that advances knowledge. For that to happen in Nigeria, members of the Academic Staff Union of Universities (ASUU) will have to embrace transparency and accountability. They will also need to show more commitment to their own career advancement in terms of acquiring knowledge than in perpetually engaging in what has become no more than unproductive unionism.

Investment in the social sector has been dwindling over the years and that is why it is important that we have philanthropists coming in with their money. But we also need a structure that will encourage more men and women of goodwill. That will necessitate putting in place fiscal measures in that direction by the authorities. That is what other countries have done. In the United States, for instance, individuals and corporate bodies may be entitled to charitable deductions of up to half of their adjusted gross incomes, if they donate to tax-exempt social sectors. We need such interventions in our country. As a University Chancellor, people like Makanjuola should help begin such a conversation.

In Makanjuola, Edo State University could not have made a better pick for their chancellor. He will bring to the campus his business acumen, his character, his generosity and most importantly, his simplicity. I recall when Makanjuola turned 60 some 11 years ago. His children had wanted to buy him a limousine and he turned down the offer. I will never forget my conversation with him. “At this stage of my life, what do I need such a car for? Who do I want to impress? I am grateful to God for His mercy and grace. If tomorrow I decide to wear slippers to visit my mother in Surulere, there is the likelihood that what most of the people who see me there would say is, ‘that is what rich people wear now’; not that I am too poor to have something better.”

Given the role he played as the pioneer chairman of the Lagos State Security Trust Fund, which helped to raise funds to buy vehicles and security gadgets for the police, Makanjuola has shown very clearly that he can leverage his network for great causes. As he therefore becomes the chancellor of Edo State University today, I wish Makanjuola success in this most onerous national assignment.

Adeniyi is chair of THISDAY Editorial Board