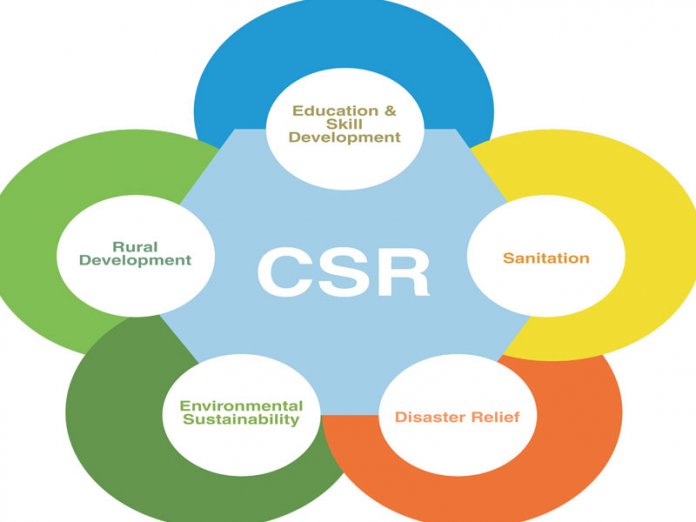 Beyond the glamour and rewards that annually herald the Indomie Independent Day Award, an initiative of Dufil Prima Foods to reward bravery and innovation in Nigerian children, Raheem Akingbolu accesses its impact on consumers and brands from the stable.

In today’s market, Corporate Social Responsibility (CSR), one of the stems of sound corporate governance, has attained a global and local height. The reason is obviously because of its impacts in helping nations meet their sustainable development goals. This explains why top executives across different industries want to demonstrate their corporate citizenship through altruistic, ethical and legal initiatives that presents their organisations as socially responsible.

However, the big challenge for executives is how to develop an approach that can truly deliver on these lofty ambitions. Some innovative companies have managed to overcome this hurdle, with community partnership as one way to create value for both the business and society simultaneously. Some others have also been able to create a sustainable CSR Strategy tailored towards their values.

Dufil Prima Foods example
Two decades after entering Nigerian market with Indomie noodles, Dufil Prima Foods, had initiated an unusual rewarding system for children. Before then, the company had consistently involved in sponsorship of sports activities in schools. But in a renewed vigor to further impact its target market, Indomie Independent Day Award (IIDA), for heroes in Nigeria, was initiated in 2008 to reward physical, social and intellectual bravery among children. Eleven years after, the reward system have not only changed lives but have also deepened the relationship between the brand and children because of its direct impact.

Under this corporate social responsibility, Dufil has assisted many children to advance their careers with various amounts provided as some of the past winners have funded their education from the scholarship funds received from this award. “We can therefore boldly say that Dufil Prima Foods is playing its part in helping to build future leaders for Nigeria”, Chief Executive Officer, Tolaram Group West Africa, Pawan Sharma said at the 2019 edition.

According to him, the award is a reflection of the importance and belief of our company in the extraordinary qualities of the Nigerian child which must never be ignored but rather, celebrated.

“This is also in consonance with our core values and deep-rooted belief that in every child lies the seed of greatness. Dufil Prima Foods believes that children need to be empowered. IIDA is part of our efforts to empower our children and we have carried this out relentlessly for the past 12 years”. The award was introduced in 2008 to celebrate and reward acts of heroism in young children who have made notable sacrifices at great risk to themselves.

“Through the years, Dufil has enlarged its concentration areas on CSR, in an effort to continuously impact positively on the lives of our consumers, most importantly the children. The joy we derive in giving back to the society as a responsible corporate citizen brings our founding principles to life”, Pawan said.

Pawan Sharma said the initiative was established to fill the gap that exists in celebrating and rewarding the positive efforts, strong character and achievements of many young children who have exhibited various acts of courage and heroism at one time or the other within the country.

“This event is noteworthy as it is in consonance with the core values and deep-rooted belief of our company and the brand that in every child lies what it takes to become great”.

According to Pawan, Dufil Prima Foods would always celebrate children who serve as change agents in their respective communities and beyond. “Apart from providing these children with an enthusiastic brand, Dufil believes that children need to be empowered. And this, we are doing as a brand”.

Reflecting on the award, General Manager Indomie, Gauruv Sharma said the company has since realised as a socially responsible organization that the spirit of true heroism does not only rest within the purview of adults who understand the full implication of their actions, but also in the heart of children, who forgo the consequences of their actions to save lives and redeem the future.
Today, the Indomie Hall of Fame are discovered children who have in different situations faced insurmountable challenges, stared at death in the face, fought against peer pressure, against lack, against fear, against disabilities and most importantly, conquered self.

Through the award, education is enhanced, “lives have been transformed, lives have been changed. People who have never dreamt of leaving their localities are being flown to Lagos and publicly celebrated in the presence of the high and the mighty of the society which is an experience imprinted in the mind of these children’s memories for life”, Gauruv said.

2019 Edition and Winners
In line with the pattern of the previous editions, the organisers of the award have rewarded three more heroes as winners of the 2019 Indomie Independence Day Awards (IIDA). Each awardee went home with a cash scholarship fund of one-million-naira courtesy of Dufil. Additional donations came in from kindhearted individuals and corporate organisations.

With the emergence of this year’s set of winners, a total of 42 winners have now been rewarded over the 12 year existence of the initiative.

Anthony Lawrence is a 14-year old boy from Umuokpara Dibia, Okohia, Isiala Mbano Local Government area of Imo State. He is a Junior Secondary School (J.S.S.3) pupil of Osu Technical College Okohia, Isiala Mbano. The Father is a farmer while the mother is a private school teacher. From the lad’s restless drive and instinct, he constructed a functioning prototype police patrol van, employing electronic components salvaged from waste bin, carton boxes and glue.

“Manufacturing of the van started in my dream. I saw the construction of the van in my dream and when I woke up, I started assembling the materials for the same car. I will go to dustbin and pick necessary materials. I will ask my dad for money to buy other things. This is how I made the van. I control the van to move front and back with remote made by me”.

However, Indomie team search for the annual Independent Day Award for heroic children around the country located Anthony in his bucolic village. The distinguished jury for the award found Anthony’s innovation as deserving enough for the award. The young lad received N1m from Prima Dufil Foods, maker of Indomie in the Intellectual bravery category of the company’s 2019 CSR Indomie Independence Day Awards (IIDA) initiative to encourage his education and further his career. Anthony wants to be an engineer.
“I am begging more individuals, corporate and government to assist me to take my dream further” Anthony Lawrence whose van has siren and other functions of police van and who was rewarded for Intellectual bravery told THISDAY after the award in Lagos.

Other children that emerged heroic in the 2019 award were 13-year-old Yahaya Zaki from Sokoto State, who risked his life entering into a Well of water to save a young girl who had slipped and fell inside. He was rewarded N1m in the Physical bravery category.
The third winner, Kanyeyachukwu Tagbo-Okeke is an autistic artist who helps other autistic kids by raising awareness about autism. Kanye, a 9-year-old who lives in Maitama, Abuja also won the sum of N1 m scholarship award in the social bravery category.

Limited in verbal skills, Kanye was diagnosed with autism at three and a half years but was noticed to be exceptional in art. According to the mother, they noticed that Kanye started drawing on walls and any surface he could find; he was then subsequently enrolled in an art class. He was able to communicate with his painting as his emotions are reflected in his works.

Last year, he was given the Flame of Peace International award for outstanding work in art by the Arch-Duke and Arch-Duchess of Austria in Vienna, becoming the youngest awardee ever. He was also made a fellow – the youngest one ever – of the Association, because of his outstanding work.

In an event organised by his family in April, Kanye’s artworks were given out for auctions and most of the proceeds went to other kids who are on the autism spectrum but could not afford the needed therapy. His artworks also serve to increase awareness about autism.