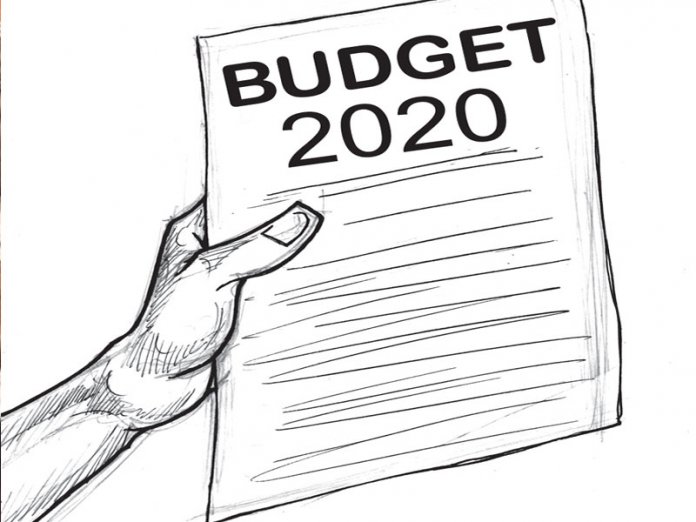 The budget proposal is welcome. But for now spare the cheers

President Muhammadu Buhari on 8th October this year presented a N10.33 billion budget estimate to the National Assembly. It is based on the oil price benchmark of $57 per barrel, a production estimate of 2.18 million barrel per day (mbpd) and an exchange rate of N305 per US Dollar for the 2020 fiscal year. There is also an expectation that the federal government will achieve a real GDP growth of 2.93% in 2020, driven largely by non-oil output, as economic diversification accelerates, and the enabling business environment improves. On paper, the estimates appear okay. But the reality is different.

If, for instance, there is anything that the proposed oil price benchmark reveals, it is that there is no fidelity to planning, even in the budget. The draft Medium Term Expenditure Framework (MTEF) 2020-2022 calls for a “a lower benchmark oil price of $55/b (against $60/b for 2019) is assumed considering the expected oil glut in 2020, as well as the need to cushion against unexpected price shock.” This is because, as the documents states, there are strong indications of an oversupply in the market in 2020. In advocating for a more realistic benchmark, the MTEF further said that the US shale oil would account for most of the total supply increase, while new projects in Norway, Brazil and Australia would also contribute to the increase in non-OPEC supply. Besides, market sentiments do not support an expansion in demand. “In fact, the growth in demand for OPEC oil specifically is projected to slow down next year”, stated the MTEF.

The pertinent questions therefore are: Why did the federal government choose to go with a benchmark of $57/b at a period oil was selling for $58/b? What sort of desperation could have blinded the policymakers to the danger of such unrealistic assumption? Since it is clear that the finances to fund most of the projects in the budget will come from local and foreign loans, will they not add to the growing debt portfolio and further compound our problem? We understand that there is need to revamp the critical infrastructure that had virtually collapsed amid growing population but we are nonetheless worried that we may unwittingly be entering another debt trap. How realistic is the federal government’s ‘Budget of sustainable growth and job creation’ when the federal government has N2.45 trillion earmarked for debt servicing in 2020?

There are other issues that raise concerns. While noting that inflation is expected to remain slightly above single digits in 2020, the president further gave a breakdown of the budget estimate to include “statutory transfers of N556.7 billion, non-debt recurrent expenditure of N4.88 trillion and N2.14 trillion of capital expenditure (excluding the capital component of statutory transfers), debt service estimated at N2.45 trillion, and provision for Sinking Fund to retire maturing bonds issued to local contractors stand at N296 billion.”

There are obvious contradictions here that would have to be resolved if the 2020 budget is to make any meaningful impact on Nigerians. Interestingly, this will be the first time that the annual federal budget will be presented in October in a bid to return to the January to December budget cycle which was the norm in the early years of President Olusegun Obasanjo’s administration from 1999 to 2003. This is a welcome development as the unpredictable budget cycle of recent years has created problems for planning and for the proper implementation of the nation’s macro-economic framework.

We hope the leadership of the National Assembly will be able to walk the talk and pass the budget before the year runs out. The greater task of course will be how the federal government intends to implement the budget that poses more questions than answers.