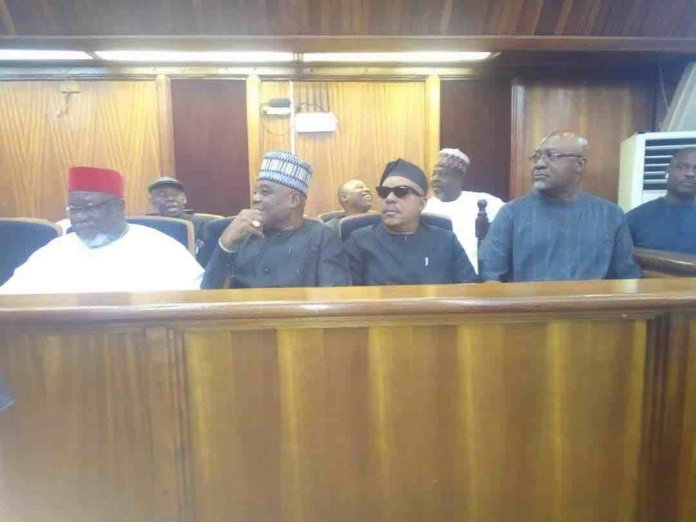 Any moment from now the Supreme Court will commence hearing in the appeal filed by candidate of the Peoples Democratic Party (PDP) in the February 23 presidential election, Atiku Abubakar, and his party, the PDP against the election of President Muhammadu Buhari.

Atiku and PDP are challenging the entire judgment of the Presidential Election Petition Tribunal which had affirmed the election of President Buhari.

The hearing is coming exactly 49 days after the tribunal’s verdict which returned Buhari for a second term in office and nearly 37 days after the appeallants filed their appeal seeking to nullify the judgment and be declared lawful winners of the presidential poll.

Although members of the panel havr not yet been made public, it is believed that the apex court would not deviate from the norms of nominating the most senior Justices into the panel.

In the order of senior and those who may likely be in the panel are the Chief Justice of Nigeria (CJN), Ibrahim Mohammad, Justices Bode Rhodes-Vivour, Mary Odili, Musa Datijo, Sylvester Ngwuta, Kayode Ariwoola and Kudirat Kekere-Ekun.

As at 8.45am both lead counsel to all parties as well as representatives of the litigants have all in court.

On the side of the APC are National Chairman, Adams Oshiomhole, Nuhu Ribadu and Senator Andy Uba, while May Agbamuche-Mbu is representing the electoral body.

Atiku and PDP appeal is predicated on 66 grounds in which they urged the apex court to set aside the decision of the PEPT in its entirety on grounds that the tribunal erred in reaching the conclusion that the petitioners failed to prove their case against the respondents.

They hinged their case on grounds that Buhari lied on oath in his form CF001 submitted to INEC to aid his clearance for the presidential election.

They have also alleged Irregularities and substantial non compliance with the Electoral Act and Guidelines during the poll.

Respondents in the petition include the Independent National Electoral Commission (INEC), President Muhammadu Buhari and the All Progressives Congress (APC).