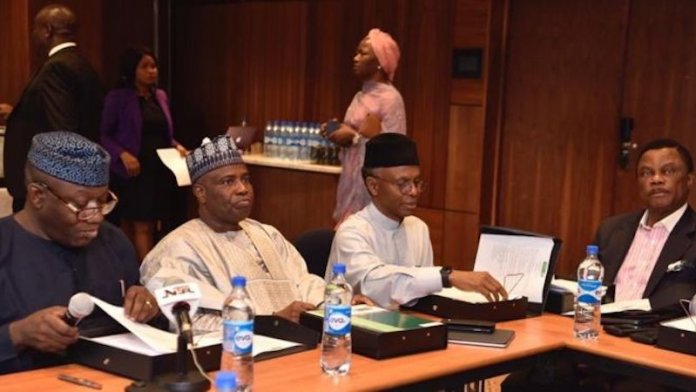 •Be fair to workers, Labour urges
•FG: There can’t be uniformity

Governors of the 36 states of the federation have rejected a uniform minimum wage that is based on the consequential adjustment to the N30,000 minimum pay agreed between the federal government and organised labour.

Rising from a two-hour meeting yesterday in Abuja, the governors said payment of the consequential adjustment could not be uniform and would have to depend on the capacity of each state to pay.

The governors got a swift backing from the Minister of Labour and Employment, Senator Chris Ngige, who said the adjustment should be negotiated by the states and their respective state joint negotiating council.

But the Nigeria Labour Congress (NLC) is unhappy with the governors’ decision as it called on them to obey the National Minimum Wage Act.

Briefing journalists after its meeting, the Chairman of the Nigeria Governors Forum (NGF) and Ekiti State Governor, Dr. Kayode Fayemi, said the governors reviewed the progress in the implementation of the minimum wage law and resolved that consequential increments will depend on the capacity of each state government.

He acknowledged that there would be consequential adjustment for the payment of the minimum wage to workers in the states but argued that the second tier of government would have to exercise its right to determine what its purse could carry.

Fayemi said: “The FEC (Federal Executive Council) does not determine what happens in the states; states have their own state executive council and that is the highest decision making body at the state level. The forum as the representative body of the states keenly followed what happened in the negotiations that transpired and led to that template.

“As far as we are concerned, the best the forum can do is to stick with what has been agreed with the states. States are part of the tripartite negotiations. States agreed to that N30,000 minimum wage increase. States also know that there will be consequential adjustment but that will be determined on what happened on the state-by-state basis because there are different number of workers at state level, there are different issues at the state level.”

He said every state had its own trade union joint negotiating committee and would have to hold discussion with their state governments.
“You know that the day after this agreement was reached with labour, I was on record and I made the position of the governors clear that for us, this was a national minimum wage increase, not a general minimum wage review,” he clarified.

Throwing his weight behind the governors’ decision, Ngige said the federal government would send the template of the adjustment to the states latest by the end of this week for negotiation with the workers.

“It was a tripartite agreement and labour has a copy that can serve as a guide for their members at the state level,” Ngige said.
But organised labour has rejected the governors’ resolution, insisting that the new minimum wage is already a law and that the governors could not cherry pick.

NLC’s Head of Information and Publicity, Mr. Benson Upah, told THISDAY that as far as the workers were concerned, every state was bound to adhere to it.

“That is totally inconceivable because the governors should not only obey the laws of the land but should be seen to be doing so. The new minimum wage is already a law and the governors cannot cherry pick on the laws. They cannot choose what to obey and what not to obey,” he said.

Speaking on the governors’ position that the adjustment is subject to negotiation, Benson said even though the workers would negotiate with the state governments, the governors are expected to be fair in view of the current economic hardship in the country
Also, in the communiqué of the meeting, the governors commended the rapid response of the Nigeria Centre for Disease Control (NCDC) and the National Primary Health Care Development Agency to nip the August 2019 yellow fever outbreak, which broke out across of the country.
They pledged to commit counterpart resources to strengthen mass vaccination campaigns in their respective states.

“Members commended the progress made by state governments through their social health insurance authorities to enrol and provide health insurance cover for citizens across the country,” it said, adding: “In the last one year, state governments have registered over two million people compared to five million Nigerians registered under the National Health Scheme over the last 14 years.”

The governors, it said, remembered, Dr. Stella Adadevoh, the physician, who attended to Patient William Sawyer during the Ebola Outbreak in 20 I 4 in Lagos State.

“Adadevoh died from the Ebola virus on October 21, 2014, but her memory lives on with the dream of ‘Healthcare for all Nigerians,” the governors stated.

On the N614 billion bailout debt by states to the federal government, Fayemi said they had commenced payment, adding that there was no problem about it.
He said the governors did not have issues with the deduction, adding that it had been deducted, as far as he was aware, from states’ accounts.”

He also said Kaduna State Governor, Malam Nasir el-Rufai, would submit the report of the committee he chaired on the crude oil and other special reports to the National Economic Council (NEC) meeting today. 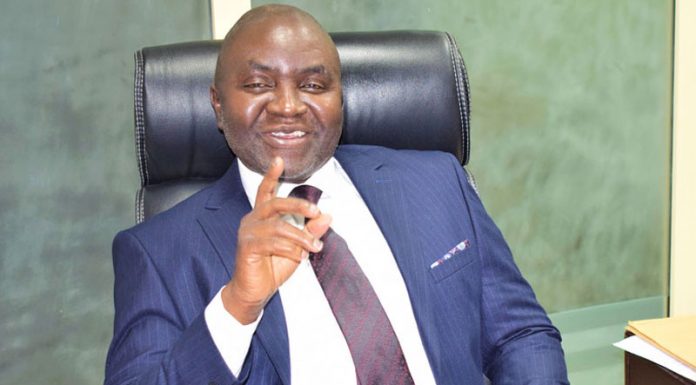