The Academic Staff Union of Nigerian Universities (ASUU) yesterday met for several hours with the principal officers of the Senate over the contentious Integrated Payroll and Personnel Information System (IPPIS), vowing not to participate in the central salary paying system.

ASUU President, Prof. Biodun Ogunyemi, who spoke with journalists yesterday evening after the closed- door meeting held at Senate Committee Room 301, however, said meaningful discussions were held between ASUU and the Senate leadership over the matter.

“We made progress at the meeting and fruitful discussions over the matter with the meeting adjourning to a later date for the two parties to conclude on issues around the IPPIS.”

Presenting an eight-page position of ASUU on IPPIS to the Senate President, Dr. Ahmad Lawan, earlier before the closed-door meeting, Ogunyemi told the Senate President that the union had resolved not to participate in the system because it runs contrary to the autonomy, which the public universities currently enjoy.

“The centralisation of payroll is a violation of university autonomy. It contradicts the principle of the superiority of the Governing Council in the control and management of university funds, and employment and promotion of staff. Universities all over the world have a tradition of independence and complete separation from the structure of the civil service. The attempt to bring Nigerian universities under a general practice that is meant for the civil service will not only undermine university autonomy; it will also infringe on academic freedom, and consequently retard the efforts of our country to develop the much sought-after knowledge-based economy.

“In particular, ASUU would like to draw the attention of the Office of the Accountant General of the Federation (OAGF) to the Principle of University Autonomy as enshrined in section 2AA of the Universities Miscellaneous Provisions (Amendment) Act 2003 which states that:

“Also Section 2AAA of the same Act states: (1) The Governing Council of a university shall be free in the discharge of its functions and exercise of its responsibilities for the common management, growth and development of the university.

“(2) The council of a university in the discharge of its functions shall ensure that disbursement of funds of the university complies with the approved budgetary ratio for: (a) Personnel costs; (b) Overhead costs; (c) Research and development; (d) library development; and(e) The balance in expenditure between academic vis-à-vis non-academic activities.

According to ASUU President, it is clear from this provision that the circular from the OAGF directing the implementation of IPPIS violates the provisions of the Establishment Act of the university (and all other Federal Universities).

“It is noteworthy that, contrary to the law expressly backing the Governing Councils of each federal university to exercise full control over the finances of the universities, IPPIS lacks constitutional backing; neither is it supported by any Act of the National Assembly. The proposed forceful enrollment of staff of universities in the IPPIS will amount to subjecting the universities to the direction and control of OAGF with respect to the payment of staff remunerations salaries and wages, allowances.”

He argued that the OAGF has no constitutional or legal backing to so direct the affairs of universities, insisting that the latter were creations of statutes via the Acts establishing the universities”.

ASUU President also told Lawan that the federal government has for long refused to adequately fund the universities resulting in their inability to function optimally, adding that “in the last 10 years or so, hardly were annual budgets of universities, especially the capital components, implemented up to 50 per cent.

Responding, the Senate President wondered why government should ever enter into agreements they could not implement.

“I know several agreements government entered which they know they cannot enforce. Why would somebody enter agreement you know you cannot implement because of pressure?”

editor - June 2, 2020 2:31 am
10
TUESDAY WITH REUBEN ABATI While Nigerians are busy with the management of COVID-19 and its many fall-outs, fire has been burning in other aspects of... 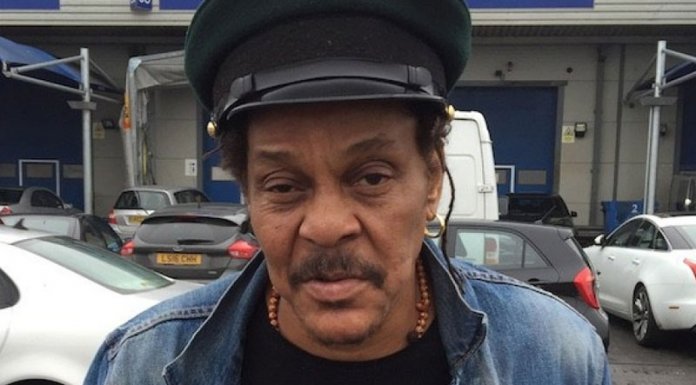 ‘Girls Can Succeed in STEM if Determined’