By Alex Enumah in Abuja
The Supreme Court for the second time on Monday struck out the appeal of the candidate of the Hope Democratic Party (HDP), Chief Ambrose Owuru, and his party, against the verdict of the Presidential Election Petition Tribunal, which dismissed their petition against the election of President Muhammadu Buhari.
The five-member panel of the apex court in a unanimous decision struck out the appeal shortly after it was withdrawn by the counsel to the plaintiffs, Sunday Ezema.
The Supreme Court had on October 3 struck out the same appeal on the grounds that Owuru and his party engaged in gross abuse of court processes by filing two notices of appeal contrary to the provisions of the law.
Owuru and HDP had approached the Supreme Court to set aside the judgment of the Presidential Election Petition Tribunal which dismissed their petition against Buhari’s election.
The apex court, had in its ruling of October 3, struck out the appeal for being unmeritorious and an abuse of court process.
Another ground on which the appeal was struck out was that the appellants failed to appeal the August 22 ruling of the tribunal which had struck out their petition for being incompetent.
Not satisfied, Owuru and his party in a fresh application, asked the Supreme Court to reverse itself in the judgment delivered on October 3, which dismissed their appeal for being incompetent.
The appellants in the fresh application claimed that the judgment delivered in favour of Buhari on October 3 is invalid and unconstitutional on the grounds that it was based on technicalities.
In the fresh motion on notice brought pursuant to order eight rule two of the Supreme Court rules and sections 6 and 36 of the 1999 constitution as well as section 22 of the Supreme Court Act, the appellants pleaded with the court to restore their appeal for fresh hearing on its merit.
The appellants insisted that the dismissal of their appeal on October 3 on technical grounds was without compliance with the mandatory procedure.
The fresh motion, predicated on eight grounds, indicated that the appeal dismissed on preliminary objection without requisite applications after filed briefs and incorporation of notice of objection without leave of the apex court is a nullity and liable to be set aside.
However, when the matter was called, the counsel to the 1st respondent (President Buhari), Chief Wole Olanipekun (SAN), stated that the court lacked jurisdiction to hear the appeal because the constitutional provision of 60 days for the apex court to hear the appeal has lapsed.
In addition, the senior lawyer stated that the appeal is incompetent on the grounds that the 14 days required by the law for an appellant to file an appeal has lapsed, and urged the court to dismiss the appeal.
Both counsel to the Independent National Electoral Commission (INEC) and the All Progressives Congress (APC), Yunus Usman (SAN) and Yakubu Maikyau (SAN) respectively, aligned themselves with the submission of Olanipekun and urged the court to impose substantial cost against the counsel to the appellants for wasting the time and resources of the court and the respondents.
When asked by the presiding justice of the five-man panel of the apex court, Justice Kayode Ariwoola, if the appeal was not cut up with section 285 of the constitution, the counsel to the appellants took the hint and accordingly made an oral application for the withdrawal of the appeal.
The apex court by law must hear and determine the appeal within 60 days, however from the August 22 date wherein the tribunal delivered its judgment to Monday, October 28, is  66 days, making the appeal to become statute barred.
“This application having been withdrawn is hereby struck out,” Justice Ariwoola held. 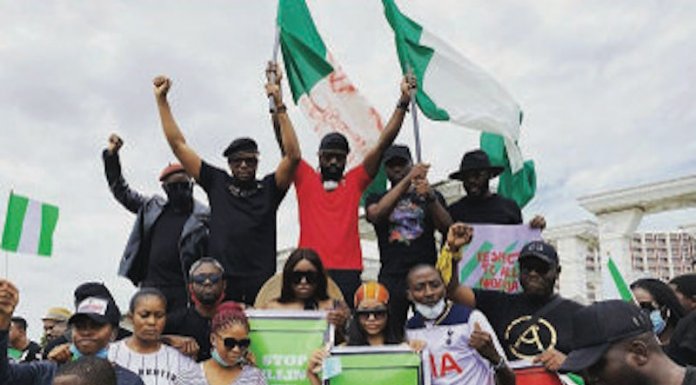