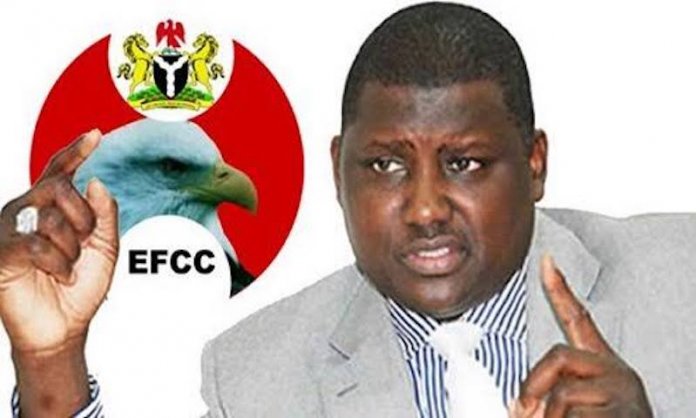 Former Chairman of the Pension Reform Task Team, Abdulrasheed Maina, who is currently standing trial for fraud in the region of billions, has refused to leave the news arena for all the wrong reasons.

From disappearing to reappearing and now an attempt to be smuggled out of detention by some operatives of the Department of State Security (DSS), his has become one case with special interest and must be treated as such.

There is no gainsaying the fact that the federal government is culpable in the mess surrounding Maina’s abuse of privileges, the time has come, however, for government to see his case as one that could not be bungled otherwise the moral, legal and administrative burdens – all of which are attached to it cannot be runaway from.

It is clearly one of the celebrated cases of corruption in the country today, which has become needlessly notorious under Buhari and if government was looking for a scapegoat, his appears to have come handy, albeit having satisfied all investigative convictions that he was truly guilty.