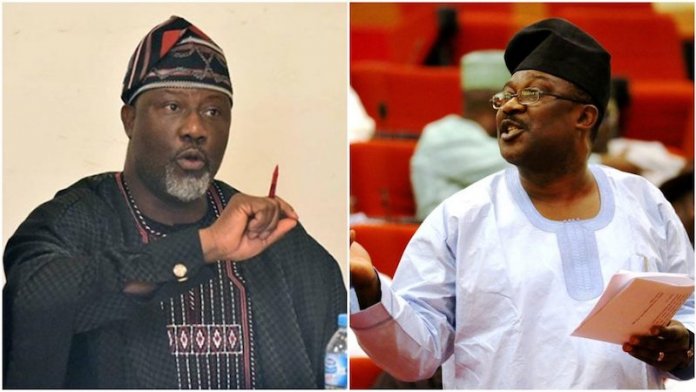 It was Mohammed Ali that called his epic fight a rumble in the jungle. This one is a rumble on the confluence between two k-legged warriors. One is loud, brash and boastful. A veteran of jumping from police moving trucks, a sometimes singer and an attempted style icon who sometimes dresses like a 70’s Rock Star. The other, seriously I do not really know much about him except for the fact that he was in the Senate at some point and had lost a re-election – I hope I am correct and since then has made it his life’s ambition to go back irrespective of the platform and whatever the people think.

Kogi people are in for a real comedy of errors. One has already called the other his political wife while the other is also going about his campaign with so much hilarity that the issues that should be discussed have been thrown out of the window.

I dare say that the people of kogi west which to me is now the most popular Senatorial District in the country are now standing between the Red sea and Pharaoh’s army.

Any choice they make between these two will certainly not really give them the kind of serious representation they require especially in the face of that combustion that calls himself governor. Me, I no pity them sha, people get the kinds of leaders they deserve abi what else can I say if these are the only two that the district can throw up at this time? What is my own, like they asked me on Habib bank Alumni forum the other day when I said something about the Jagaban and lord of Bourdillon, ‘wetin concern you, are you a Lagosian? I laugh at that kind mumu comment but today, I feel like really asking myself what is really my own if kogi west has decided to choose between Humpty Dumpty and Kunkunu. Wetin concern me? I wish them well.