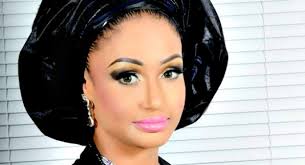 Someone said that if every other vocation has failed you, become a teacher. It is possible that this person lived in an age before politics. What’s more, when the game is politics and the field is Nigeria, anything and anyone goes.

Modupe Ozolua is first and foremost self-described ‘true Edo royal blue blood’. This is not altogether false, considering that she is a direct descendant of Oba Ozolua of Benin, and her mother was a princess from Ososo, Akoko-Edo in Edo state. And so as her roots are old places of power and charms, it isn’t much of a shock that Lady Modupe is as charming as she is powerful. But her power and charm are well-founded.

Although Modupe has been described as an American-Nigerian philanthropist and entrepreneur, one might add that her true worth is in the ‘mortal coil’, the body. In truth, Modupe’s fame hails from her pioneering work in body and beauty enhancement – a practice that is welcomed in most parts of traditional Africa with spitting and cursing.

According to Modupe, before the fame of eye-pencils, foundations, and facelifts, she was a dutiful wife pregnant with a son, running a home, taking care of a husband and still running her first business in America. Evidently, she did not always have it easy. While overseeing staff and clients and expanding her business in America, she only had a housekeeper to aid her, and so it was a truly rigorous life. Truly rigorous.

In any case, she was an early pioneer in the body-enhancement business. She founded her first company on this front, a cosmetic surgery company called Body Enhancements Ltd, the first of its kind in West Africa. With this company up and running, it was not difficult for Modupe to smear more grease on the face of traditional belief. She went on to provide trained education about the safety of plastic surgery. And so all those husbands whose wives suddenly looked foreign to them have Modupe to thank.

Now, however, Modupe has stepped off the run-walk, clearly disproving John Keats that a thing of beauty is not a joy forever. And so politics is her new bae, as she was recently appointed senior special assistant on NGOs to the deputy senate president. With great power comes great responsibility; with Princess Modupe, we expect a new face of NGO governance.