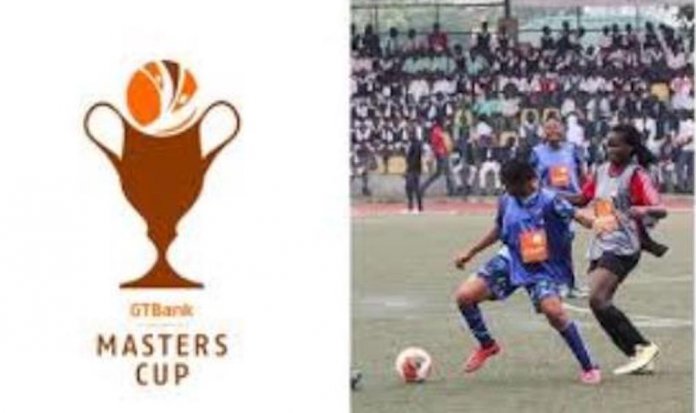 30 schools in the male category and 20 female schools will be jostling for honours at the 2020 GTBank Masters Cup Season 9. This much was revealed by the organizer of the competition during the draw ceremony at the GTBank Head Office in Victoria Island, Lagos, on Thursday.

According to the draw, defending champions in the male event, Kings College, Lagos, is placed in Group B, and will be slugging it out alongside, Baptist Academy, Obanikoro, Western College, Yaba, Ansar-ud-Deen College, Isolo, Federal Government College, Lagos and Ansar-ud-Deen Grammar School, Surulere.

The top three teams from each of the groups will qualify for the knockout stage.

Speaking before the draw, Group Head, Corporate Communications and External Affairs, GTBank, Mrs Oyinade Adegite, said the bank is passionate about the development of grassroots football, she therefore charged the students of whom she said are the biggest beneficiary of the competition to take advantage of the opportunity avail them.

On his part, the Chairman, Lagos First Generation Heritage Schools Association, Biyibi Victor, said it’s been a worthy relationship with GTBank and the organisers of the GTBank Masters Cup.

“It’s a good vision which must be sustained,” GTBank Masters Cup Victor noted.

He however admonished the organisers to work with the academic calendar the schools, while charging the Principals of participating  schools to desist from the use of mercenaries in the completion.

On his part, the Director-General of the Lagos State Sports, Gafar Bolowotan however charged the students to take their academics serious, noting that it is what they would fall back on after their footballing career.

The group stage of the GTBank Masters Cup Season 9 will kick off on November 4, while the finals is slated for January 23, 2020.