The umbrella body of customs agents in the country, National Council of Managing Directors of Licensed Customs Agents (NCMDLCA), has called on the federal government to urgently adopt international agreement on cargo security on import so as to reverse the influx of arms, ammunition, unwholesome goods in to Nigeria.

In a petition to President Muhammadu Buhari, they called on the government to implement the World Customs Organisation (WCO) Safe Framework of Standard, designed to secure and facilitate global trade and provide multi-layered set of standards for container/cargo security.

The agents in the petition signed by their president, Mr. Lucky Amiwero said the WCO Convention was developed to enhance security, increase revenue and facilitate international trade through the following two pillars, which are; Customs-to-Customs and Customs-to-Business.

The Customs-to- Customs pillar, he added, provides for cooperation between Customs authority in order to inspect cargo before it arrives at the destination ports on outbound and inbound of non-instructive inspection while the Custom-to- Business pillar aims to create an international system for identifying private business that offers a high degree of security/integrity.

He added that there was need to reduce the burden of the clearance of legitimate goods that is stranded at the border to meet up, “With our commitment as a Nation under the provision of Article 35, 36 and 37 of ECOWAS revised treaty that cover Liberalization of Trade (ETLS) and goods imported from third country under section 18 of the Customs and excise Management Act.”

According to him, “There is the urgent need for Nigeria as a contracting party to the global Multi-layered Security protocol the WCO SAFE Framework of Standards, to comply with the protocol by reducing the illicit –Cross boarder movement of unwholesome goods into the country.

“There is the urgent need to initiate the process of memorandum of understanding (MoU) with various countries, where cargo throughput of import is high e.g China, Turkey, India, etc. for the agreement of Mutual Administrative Assistant for collaborative activities on the prevention, investigation, repression and transnational crime as contained in various conventions.”

Also, Amiwero stressed the need for the federal government to repair the collapsed scanners in the ports that is the core on security tool to reduce the influx of illicit goods in the country.

“There is the urgent need to safeguard and secure our nation from the influx of Arms, Ammunition, Narcotics, dirty Bomb, unwholesome items and Weapon of mass destruction (WMD) through the implementation of the provision of international Cargo Security Agreement.

“There is the need to accommodate various pre-shipment Inspection process under Customs control as conducted by other government agencies such as Customs, National Agency for Food Drugs Administration Control (NAFDAC), Standards Organisation of Nigeria (SON) etc, that are involved in quality, quantity and value assessment of imported goods as practiced globally to safeguard the National Security and reduce the process and cost of multiple charges,”he said.

The federal government, he added, must urgently constitute a committee of national security and trade procedure experts to address the short fall in the import process, which constitutes bottle necks and impede the component of trading across border on ease of doing business.

The clearing agents’ boss added that the presidential committee, should look into the impact of the legitimate goods under both regimes, “that has undergone legitimate transaction and issued with of Pre-arrival Assessment Repot(PAAR) and the goods covered under the ECOWAS Trade Liberalization regime(ETLS).”

He further stated that there is the need to reduce the burden of the clearance of legitimate goods that is stranded at the border to meet up, “our commitment as a nation under the provision of Article 35, 36 and 37 of ECOWAS revised treaty that cover Liberalisation of Trade (ETLS) and goods imported from third country under section 18 of the Customs and excise Management Act.” 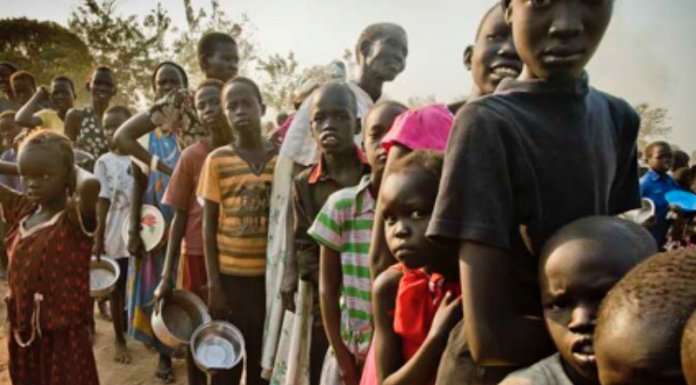