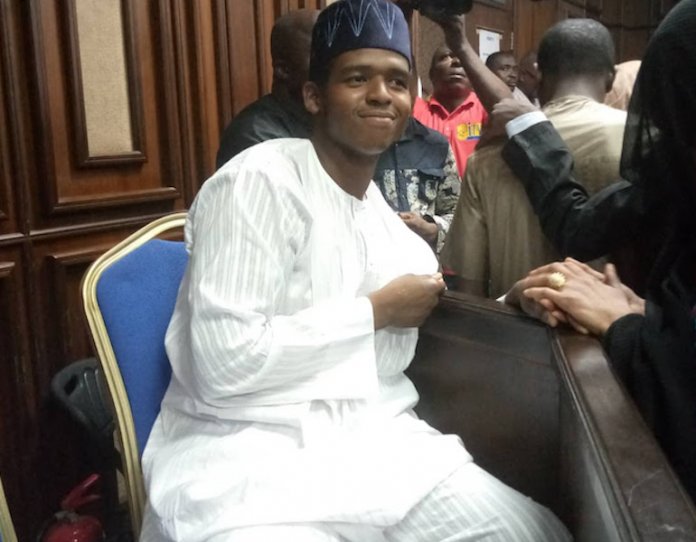 The Federal High Court, Abuja, on Friday, ordered the Economic Financial Crimes Commission (EFCC) to keep Faisal Maina in police custody, pending the determination of the case before it.

Justice Okon Abang, who gave the order adjourned the matter until Nov. 6 for trial.

The judge ordered that he should be remanded at the Police Tactical Squad, Asokoro.

News Agency of Nigeria (NAN) reports that Faisal is the son of Abdulrasheed Maina, former Chairman, Pension Reform Task Team, who is also undergoing a trial by the anti-graft agency.

Justice Abang said that the trial, which would commence on Nov. 6, would be from day to day and any frivolous application would not be granted.

Faisal is being arraigned in the same court on a three-count charge.

The development is coming after Folashade Ogunbanjo, a judge, ordered the forfeiture of 23 property linked to him.

EFCC’s motion was supported by a 30-paragraph affidavit which it brought pursuant to section 17 of Anti-money Laundering Act.

Maina is accused of being involved in pension fraud running into over N100 billion.

The Federal Civil Service Commission dismissed him in 2013 for “absconding from duty” but he returned to the country in 2017 and was reinstated as a director in the interior ministry.

Following outrage, President Muhammadu Buhari ordered his dismissal and demanded a probe of his recall. (NAN)