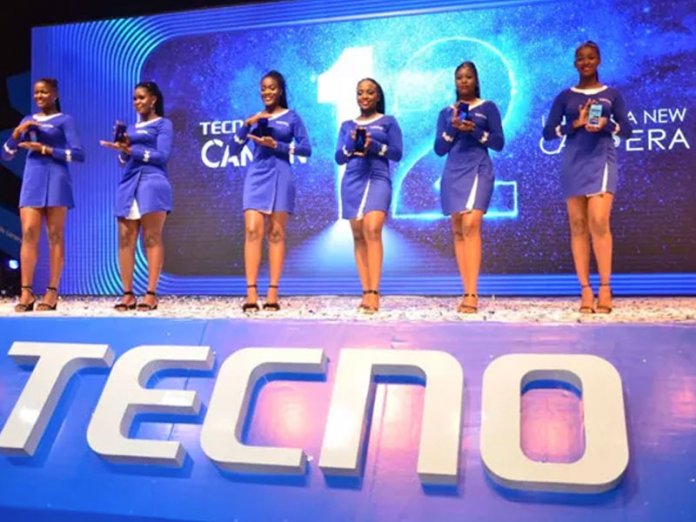 Africa’s most preferred smartphone brand, TECNO Mobile, in partnership with AfricanArtists’ Foundation and National Geographic Magazine, unveiled the lucky winners of the #UnlockCAMission Camp competition at a press briefing.

“At TECNO, we are excited to have started such initiative in Nigeria, in line with our Camera-centric flagship line, the Camon Series. Having just launched the Camon 12 Series, there is no better way to put the camera quality to test than to send mobile photography lovers whom we refer to as “Unlockers” on a mission to unlock the limitless camera possibilities of this device.

Also, at the event anchored by Folu Stormz and well attended by photography enthusiasts, Azu Nwagbogu Director African Artists’ Foundation could not contain his excitement over the partnership. While addressing the media, he stated that:

It has been a fun journey for us at the African Artists’ Foundation, having been part of this activity from the selection of the Unlockers to the unveiling of the winner today, especially because these the things we are passionate about at AAF. We cannot overemphasize the fact that TECNO has through this medium, increased conversations around the participation of budding talents in the widely growing world of mobile photography. The brand did not just create an amazing device, but also gave a platform for talents to express their skills. This is a commendable project and We hope to do this again soon.

24 participants called “the Unlockers” were selected from a long list of entries submitted for the CAMission competition, and over the course of 5 days with 5 challenging tasks, they actively contested for the grand prize from the 4-8th October 2019 – using the camera of the Camon 12 Pro to capture wide-angle, low-light, Macro and Micro pictures.

Renowned International Photo-Journalist Michael Christopher Brown was presented at the Camp to guide the Unlockers and avail them of mentorship tips. He could not withhold his joy at the unveiling of the winners from the final eight Unlockers. According to him,

“I was particularly interested in this camping process because I would get to meet young talents and I was not disappointed by the outputs of the Unlockers. I cannot thank TECNO enough for giving these voices a chance to express themselves. In my days in the country, I have concluded that I would be back for more. Nigeria is a beautiful place to be.

Through this initiative, the brand has been able to prove once again that it is just not a device maker, but a brand that cares. Indeed, TECNO is for Nigerians.

editor - June 13, 2021 1:44 am
7
THE PUBLIC SPHERE With Chido Nwakanma President Muhamadu Buhari continued the unveiling of the PMB gauntlet on Thursday, 10 June 2021, by granting an interview...