Mouka, a mattress and other bedding products manufacturer, has restated its commitment to quality products that are driven by technology innovation.

The company restated its commitment in Lagos, recently, at a press conference to celebrate its 60 years of operations in Nigeria, said it would continue to innovate with evolving technology to maintain its leadership position in the market and still maintain high quality products from its brand.

Managing Director/Chief Executive Officer of the company, Mr. Raymond Murphy, explained to journalists that “the last 60 years has been a long and successful journey for Mouka,” adding that the company has built an enduring brand in the last six decades. He described Mouka as a truly indigenous company as it is staffed by about 801 employees, with him being the only expatriate.

“This is a big milestone for us. At 60, we are the market share leader in the foam and beddings sector. Recent research, according to some marketing professionals whom I met on my last trip to Dubai also attest to the fact that Mouka is not only the leader in Nigeria, but also in Africa and the Middle East,” he said.

Ahead of the 60th anniversary, Mouka, was last week, endorsed by the Nigeria Association of Orthopaedic Manual Therapists (NAOMT).

The endorsement comes on the back of consistency in quality delivery and innovative mattress production, which have characterised the brand’s market path in Nigeria.

National President of the association, Dr. Onigbinde Ayodele, described the endorsement of Mouka as an offshoot of a detailed assessment of the brand’s orthopaedic mattresses.

According to Murphy, the foam company had to work earnestly to consolidate its performance in the sector to make the list of companies to inspire Africa for the second consecutive edition.
To be included in the list, companies need to be privately held, and show an excellent rate of growth and potential to power African development.

Mouka was recognised alongside 360 companies from 32 countries across the continent represented in this year’s report, boasting an incredibly impressive average compound annual growth rate of 46 per cent, up from 16 percent in 2017.

The foundation for Mouka was laid 60 years ago in the historic city of Kano when the scion of the Faiz Moukarim family started the Moukarim Metalwood factory to manufacture furniture and iron beds.
Since then, Mouka has gone into manufacturing of foam and spring mattresses, as well as other bedding products at its three production facilities across Nigeria. The company has also developed an extensive distribution network with more than 1,000 branded sales outlets nationwide.

Conducting journalists round its factory operations, its National Safety Manager, Dorcas Asiodu explained the process of manufacturing from start to finish, using raw materials that are mainly chemicals that are mixed into solid mattresses. 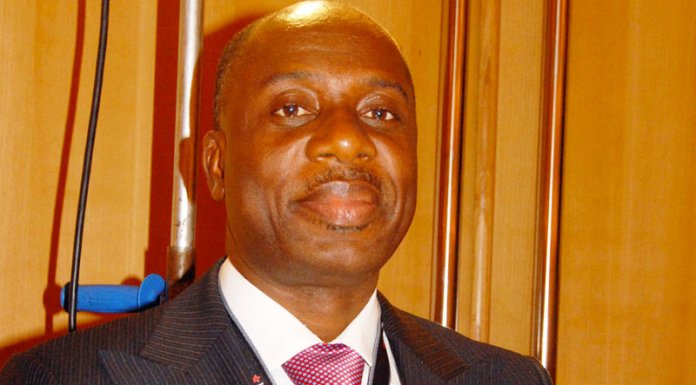