The Senate yesterday accused some federal government agencies of secretly recruiting to cover up for their over-bloated personnel cost and also queried the N600million voted for a privatised electricity distribution company in the 2020 Appropriation Bill.

This is just as the Independent Corrupt Practices Commission (ICPC) has disclosed that it discovered N9.2 billion in the accounts of some ministries, departments and agencies (MDAs).

The Chairman of the Senate Committee on Anti-Corruption and Financial Crimes, Senator Kwari Suleiman, who made this disclosure during the 2020 budget proposal of the ICPC before the committee, added that the appointment letters of the newly appointed were backdated to 2018.

According to him, some agencies currently employing people are doing so to cover their tracks on salaries.
Responding to the allegation, the Chairman of ICPC, Prof. Bolaji Owasanoye, while indicting higher institutions in the padding of personnel cost, told the committee that N9.2 billion was discovered in the accounts of MDAs with the Central Bank of Nigeria (CBN).

“The said N9.2 billion is in Central Bank of Nigeria (CBN) but if we did not do our work well it would have been padded as personnel cost. We got the MDAs to sign off the money from CBN and the money is now available for government to spend”.

According to him, the agencies inflated the personnel cost after workers had been paid, adding that when the ICPC discovered the outstanding N9.2 billion, the MDAs had no choice but to agree to forfeit the floating fund to the government.

President Muhammadu Buhari had while presenting the 2020 Appropriation Bill to the National Assembly on October 8, had directed that salary of civil servants not included in the Integrated Personnel and Payroll System (IPPS) should be stopped by end of October.

The Senate also yesterday queried N600 million allocated to Distribution Company (Disco) which had been privatised in the 2020 budget proposal.
Chairman of the Senate Committee on Power Senator, Senator Gabriel Suswan, who expressed dissatisfaction with the allocation of N600 million to privatised company, wondered why government voted the amount for an already privatised entity.

Suswan who was reacting on the budget defence of the Ministry of Power, said President Buhari was working hard for stable power supply in the country, but some of his lieutenants were working against it for selfish reasons vowing that the committee would not tolerate it.

According to him, it is wrong to take vote for power and spend it on ‘Disco’, adding that “the money you are spending to upgrade the ‘Disco’ ought not to come from ministry because ‘Disco’ has been privatised.”
Also speaking, a committee member, Senator Yusuf Yusuf, also expressed dissatisfaction with the allocation of such money to ‘Disco’ when Mambila Power project is not yet implemented.

Senator Yusuf, said that as at now there is nothing on the Mambila site and demanded speedy execution of Mambila power project, which has been on for the past 20 years.
Responding, Permanent Secretary in the Ministry of Power, Mr. Louis Edozien justified inclusion of N600 million in the 2020 budget for the ‘Disco’ saying it was part of the agreement, the ministry had with the company. 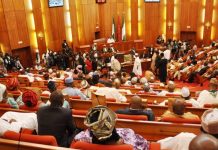 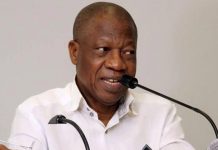 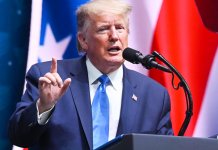