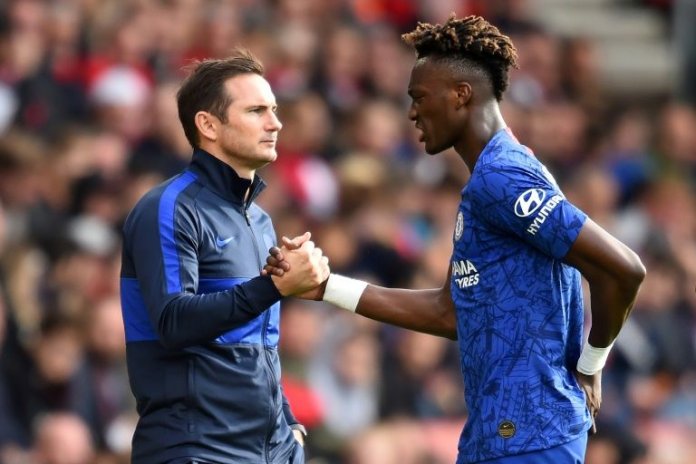 Chelsea’s young guns will test their run of form at one of the homes of youth development tonight as they attempt to stop an Ajax team on course to replicate last season’s thrilling Champions League run.

Ajax are averaging over three goals a game at home and abroad and are hungry for European success after semifinal heartache last season.

They second on three points in Group H after a wobbly opening two games in the Champions League, with a pair of matches coming up against on-fire Ajax that could decide their European destiny.

“These two games against Ajax are really big because they’re such a strong team … The movement of the team and the way they play football will be a big test for us,” coach Frank Lampard told the Chelsea website on Monday.

Abraham has stolen the headlines with eight goals in nine league appearances and the opener in Chelsea’s 2-1 win in Lille, and Lampard called the 22-year-old a “sponge” for his capacity to learn.

“He wants to listen, to get better, to score more goals, improve his game and help his teammates. He’s got the beautiful base of that in terms of coaching,” added Lampard.

However four of those Saturday starters are academy products who have flourished under new boss Lampard, who has dealt with the loss of Eden Hazard and a Uefa-imposed transfer ban by pushing the Premier League club’s youth products to centre stage.

Hudson-Odoi, who recently returned from a long-term ankle injury, was a constant menace with his bursts down the flank and it was the 18-year-old who teed up Marcos Alonso for the winning goal from a match in which Chelsea had 16 shots at goal and 72 per cent possession.

It was also just the second time this season that Chelsea kept a clean sheet, and they did it without the injured Andreas Christensen and Antonio Rudiger, with 21-year-old Tomori proving an increasingly solid presence at the back.

Rudiger and Christensen are two of a string of Chelsea absentees which includes midfield lynchpin N’Golo Kante and another academy product Ruben Loftus-Cheek, with Barkley and Cesar Azpilicueta also doubts for Ajax.

Ajax’s remarkable form has led to rumours that coach Erik ten Hag is a potential Bayern Munich target, rumours that the 49-year-old refused to play down on Monday as Nico Kovac comes under fire in Germany.

Despite losing midfield dynamo Frenkie De Jong to Barcelona and defensive rock Matthijs de Ligt to Juventus, they are top of the Eredivisie and unbeaten after scoring 31 times in their opening 10 games, three points ahead of PSV Eindhoven and Vitesse Arnhem.

In fact Erik ten Hag’s side have hardly felt the effects of their departures, as the rising stars of Dutch football struggle to impose themselves in new countries.

They are also top of Group H after beating both Lille and Valencia 3-0 with the same brand of thrilling football that captured Europe’s imaginations last season.

However, although they reemerged as a European force thanks to their academy talent, their star turns this campaign are all outside discoveries, with Hakim Ziyech, David Neres and Dusan Tadic all in fine form and new signing Quincy Promes causing havoc from midfield.

The 26-year-old Ziyech’s incredible strike sent Ajax on their way at the Mestalla in their last Champions League match, while Promes, 27, scored in both Group matches and six times in the league.

Even 36-year-old Klaas-Jan Huntelaar is on fire, with five league goals in as many appearances, as they hunt their first European trophy in 25 years.