The Oyo State Open Rearing and Grazing Regulation Bill 2019, which has already passed the second reading at the state House of Assembly, may run into a hitch as Fulani herdsmen in the state have resolved to approach the court to stop it.

The bill, which was jointly sponsored by the Speaker of the Assembly, Hon. Adebo Ogundoyin, and the Deputy Speaker, Hon. Abiodun Fadeyi, had two weeks ago witnessed a public hearing where stakeholders including farmers, groups and the Fulani community bared their minds on how to make it workable.

The National Chairman of Gan Allah Fulani Development Association of Nigeria, Alhaji Sale Bayari, in an 18-page position paper presented at the forum, said: “It is impossible in our country for any peasant small scale herdsman to go into ranching” and submitted that the bill if passed into law would punish poor herders.

However, the Fulani herdsmen, at a meeting held in Igangan, an agrarian community in Ibarapa North Local Government Area of the state, Wednesday, and presided over by the Sarkin Fulani of Oyo State, Alhaji Saliu Abduk-Kadir, described the Oyo State Anti-Open Grazing Bill as “too draconian” and targeted at crippling them from practising their age-long cattle rearing activities across the state.

“We will go to court. We will seek legal redress if Oyo State Government insists on imposing this Bill on us,” the Fulani herdsmen unanimously resolved at the end of the meeting which lasted over five hours at the popular Kara Market in Igangan.

The state Secretary of Gan Allah Fulani Development Association, Mr. Garba Umar, while reading the communique of the meeting to journalists, said the Fulani herdsmen had resorted to rejecting the bill in its totality because they perceived it as one that would cause serious setback to their means of livelihood.

For the Anti-Open Grazing Bill to be implementable, the Fulani herdsmen appealed to the state government to provide RUGA or grazing reserve for cattle rearers where there would be easy accessibility to water and grazing facilities.

Failure to do this, the Fulani herdsmen maintained, “the implementation of the Bill as it is will cause commotion”.

Making an illusion to Benue State where the Anti-Open Grazing law is currently applicable, the Fulani herdsmen stated that it was the bill that resulted in that state having about four different Internally Displaced Persons (IDP) camps as opposed to the situation before in the state.

“It is simply this issue that threw up IDP Camps in Benue. And we don’t want all these to happen here in Oyo State where we have been living peacefully with our fellow farmers for ages,” the Fulani herdsmen submitted.

The communiqué read in part: “However, if we are pushed to the wall, we know the next level. Our next level is to seek the legal option. We will go to the court of law over the matter.

“But for now, we are begging Oyo State Government to see us as Nigerians and partners in progress who, for ages immemorial, have added value to the economy of the state.

“It is also a matter of fact that we Fulani dominate large percentage of voters in Oyo State. Government only recognize us during electioneering and voting periods. Government is not giving us any facility or loan to boost our cattle rearing business while the farmers, on the other hand, get agric loans, fertilizers, etc. Is this the only way government is now repaying us for our patriotism?

“We are equally opposed to ranching which is capital intensive. Why not ask the farmers also to fence their farm holdings? How much are we going to be spending per caged cow per annum in form of feeding, etc.? We do not agree.

“Government should rather checkmate the inflow of foreign Fulanis who have been responsible for the security challenges in the land.” 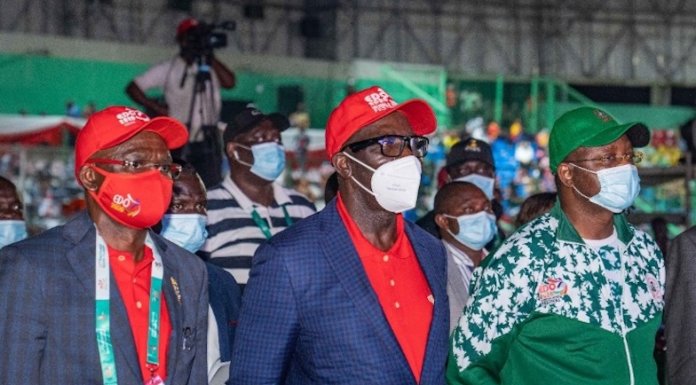