Nigeria may soon wriggle out of incessant power outage as the federal government, in collaboration with some international donor agencies, has set aside over $1.61 billion to ensure steady power supply across the country.

“We are rehabilitating and expanding to degree 20,000 megawatts by 2022 across the country,” he said at the weekend in Kano while speaking to journalists at the Kumbotso power sub-station.

According to Gur, the federal government has already earmarked about N32 billion to compensate Nigerians whose lands, houses and farms may be affected by the Right-of-Way to create power lines for the execution of the project.

“The total amount that we are going to pay for compensation across the country is about N32 billion and the total project cost is $1.61 billion. The project will be supported by various international donors,” Gur explained.

He further stated, “The compensation for right-of-way from Kumbotso sub-station to Rimi Zagara, will cost about N3 billion. We have not completely validated it. The total cost for compensation across the country is N32 billion and that money is being provided by the federal government.”

Gur, who is also chairman, Executive Board of the West African Power Pool (WAPP) Committee, said he led the TCN team to Kano, “to validate and look at the route that ran from this Kumbotso Transmission sub-station to Rimi Zakara.

“You know we are going to connect Rimi Zakara to this sub-station (Kumbotso). Rimi Zakara is the place we are putting another 330 KV sub-station, just like this one in Kumbotso.

“The mistake that happened in the past is that we normally awarded contract for line without doing the study. You know, the study will establish who are the people under the right-of-way; and who are those people that are going to be affected by the lines. So, we are supposed to have come up with those people and pay them their compensation.
“Unfortunately, this contract was awarded many years, even before I came. It is not only this one; many of them are like that. They awarded the contracts without the payment of compensation. That is why now, we are trying to pay the compensation. We are validating it; but we also need to tell people that this takes time, because right now, we have over 1,000 people who need to be compensated within Kano alone.

“This is why I am here. I will go through the routes and see exactly what are in the right-of-way. We are actually collaborating with the Governor of Kano State, His Excellency, Dr. Abdullahi Umar Ganduje, because some people who have land on the right-of-way are seeking relocation.

“We are going to request to His Excellency to relocate them and give them land in some other places so that we can build the line.”

Gur also said, “What we are doing for Kano State, actually, is that we are trying to change the game. It is what you call game changer. Right now, the only line that supplies Kano is the 330 Single-Sighted Line that runs from Kaduna to Kano.

“We are bringing a Code Line from Kaduna to Kano. Now, you know we need to get a source of supply to transport the line from Kaduna to Kano. When I came newly in February 2017, the line between Jos and Kaduna was funded only 10 per cent, but today the line is 98 per cent completed. The means we have bulk power at the double-sighted line apart from the single-sighted line from Jos to Kaduna. Then from Shiroro to Kaduna, we have two single-sighted lines; none of them can carry more than 300 megawatts. We are taking one of them and we are going to construct it into a Code Line.

“Those projects, particularly, the one from Shiroro to Kaduna, the procurement of that line is about 80 per cent completed and it is funded by French Development Agency.
“From Kaduna to Kano, we are also building a Code Line, and for your information, this is the first time in the history of Nigeria that we are doing 330 Code Line, meaning it is going to carry four Conductors per pair, which is expected to bring 2,400 megawatts of power.

“I also want to tell you that we want to change the game here completely. So, there is a line we are building from Kainji to Birnin Kebbi, Benin Kebbi to Sokoto; and also from Katsina to Daura, Daura to Gwiwa and from Gwiwa to Jogana. That line is also funded by AFD, that is, French Development Agency.

“Now, on that line, the European Union gave us a grant, which is free money for the Nigerian government. That is about 25 million Euros. We are working to close the link between Sokoto to Kaura Namoda, and Kaura Namoda to Katsina.

If you complete this line from Kumbotso sub-station to Rimi Zakara, that line also went to Katsina; which means from Kainji, you can feed Kano through Sokoto, Katsina, Daura and Gwiwa. You also have another line that is coming from Kaduna to Kano.

“I also want to tell you that we sent a proposal to the West African Power Pool, and approved by the Committee of Heads of State and Government on December 22, 2018, where President Muhammadu Buhari chaired that meeting.

“We have approved another line that will come from Calabar. It will come from Ikon to Ogoja, Ogoja to Kasimbula, Kasimbula to Mambilla, Mambilla to Jalingo, Jalingo to Yola, Yola to Hong, Hong to Biu, Biu to Damaturu, Damaturu to Potiskum, Potiskum to Azare, Azare to Dutse, and then Dutse to Jogana. This is another 330 Double-sighted line. This very line is under what we call multinational project. This project is under the ECOWAS project.

“Today, we are working to launch the study, and this is what I have pre-planned before I left Abuja for Kumbotso sub-station here in Kano. This means we are going to have another Double-sighted line that will come to Kano; Kano will be supplied from three sources: through Sokoto, through Kaduna, and then through Calabar.

“When this is done, it then means that we have solved the problem of bulk electricity supply to Kano. This is what we are doing. And that means it will place Kano on a status we call MNS2, meaning if 2, 330KV Double-sighted line goes out, Kano will still receive supply of electricity.

“Now, if you solve this problem, the next thing is what you need to do, you need to also solve the problem of voltage, because if you import power from different places to a particular location, there is the possibility that you will have voltage problem. This is why we are working with NNPC to ensure that their AKK (Ajaokuta, Kaduna, Kano Gas Pipeline project) becomes a reality.

“Now, how are we working with NNPC? I am also the chairman of West African Power Pool (WAPP). We are building a Net Core that will connect four countries, which include Nigeria, Niger, Benin Republic and Burkina Faso. That line is funded by three donors – the World Bank, the African Development Bank, and AFD. That line will require about 631 megawatts that will pass through it.

“Because we want to improve the quality of power supply in Kano, we are supporting that the generation of that power that will flow to the Net Core should come from Kano, and that is what we are doing with NNPC and we have mapped out the strategy. We are now putting finishing touches to it, and right now, we need those countries (Niger Republic, Benin Republic and Burkina Faso) to commit to the quantity of power that they are going to buy.

“We know the number is 631 megawatts, but we want them to commit themselves and to be sure that they are going to guarantee that power, because that 631 megawatts is going to those three countries and not for Nigeria. Nigeria does not have to guarantee.

Gur, however, added, “I will require the support of the people of Kano, because all these things we are doing need some level of sacrifice of the good people of Kano State, because definitely, those lines will pass through people’s houses, lands, and farms. So, people have to make sacrifices. When you don’t make sacrifices, there is no way we can solve the problem of electricity.

Lawan: Our Statement on SIPs Misrepresented by Media

Lawan: Our Statement on SIPs Misrepresented by Media 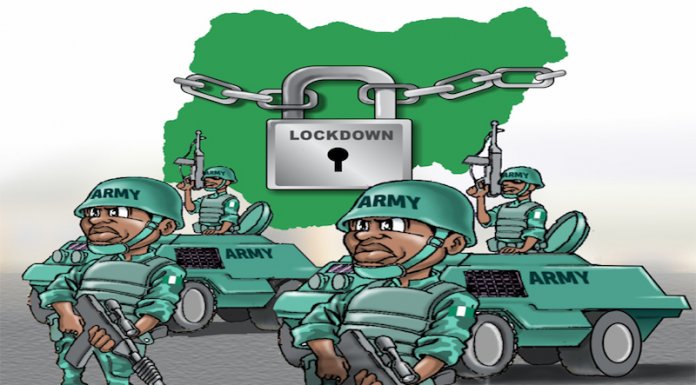 Enforcement of The Lockdown