After three consecutive months of decline, consumer prices increased in September, as headline inflation widened by 22 basis points to 11.24 per cent, the highest reading since May 2019, according to the National Bureau of Statistics (NBS). Economic experts, who have attributed the uptick in inflation largely to government’s decision to shut the country’s borders against trade between neighbouring countries, expressed concern that achieving single-digit inflation as projected by the monetary authority remains a daunting task under the prevailing situations. Bamidele Famoofo reports

The federal government’s decision to close its borders to inflow and outflow of commodities to the country has been blamed for the unexpected increase in consumer price index, which gauges inflation, by 22 basis points to 11.24 per cent in September.

According to the National Bureau of Statistics (NBS), the spike in September, 2019, knocked out the gains recorded since June, when inflation slowed for a period of three months consecutively. The increase in September was remarkable because it was the highest since May 2019.

A Lagos-based financial consultant and analyst, Dr. Boniface Chizea, in a chat with THISDAY, said the recent trend, showing that inflation rates were again beginning to be on the uptick, casts a doubt on the possibility of achieving a single digit inflation within the targeted period. His words: “It has been a long-standing policy of the Central Bank to achieve single-digit inflation rates in the economy to capitalise on its economic boosting potentials. In fact, the target has been to achieve an inflation rate of 6-9 per cent. So what agitated the mind now is whether this is achievable against the background of recent trend showing that inflation rates are again beginning to be on the uptick. The reasons for the recent development cannot be farfetched, considering the recent decision to close Nigerian borders with neighbouring countries which has created immediate scarcity resulting in sudden price increases.”

Economist and financial analyst, Mr. Marcel Okeke, said the federal government needed to act promptly to arrest the situation, without which inflation rate will most likely continue to rise, making the attainment of a single-digit inflation rate ending up as a pipe dream.

But the Chairman, Senate Committee on National Security and Intelligence, Senator Ibrahim Abdullahi Gobir, on the contrary argued that the closure of land borders by the federal government was done in good faith. He noted that the measure was necessary to add greater value to local foods, stating that the attendant hardship was temporary.

But analysing the figures and stating the facts, financial analysts at Cordros Research noted that in terms of drivers, “we witnessed price pressures across both the core and food baskets. The September reading missed our estimate by 22bps, following negative surprises from the food basket. Specifically, while we had expected the impact of the commencement of the main harvest season to neuter the border closure-induced price pressure on the food front, the magnitude of the eventual outcome was far more reaching than our initial thoughts.”

Beyond the impact of closing the borders by government, Cordros noted that the heavy rainfall in the period which resulted in widespread flooding across most food-producing states of the federation was another factor to blame.

“For clarity, following a sharp jump in processed food (+327bps), which masked moderation in farm produce (- 9bps), September month on month food inflation widened by 8bps to 1.30 per cent — 52bps higher than its 5-year average monthly growth of 0.78 per cent.”

To prompt the mind, the federal government announced a partial land border closure in August, a move primarily targeted towards illegal smuggling of PMS products out of the country, owing to the arbitrage opportunities across neighbouring countries.

While the impact might be playing out positively from the perspective of government revenue, the unintended effect was a spike in food prices. Unsurprisingly, food inflation for September rose by 34bps to 13.51percent year on year (August: 13.17 per cent y/y), the second consecutive month of uptick. This was evident across farm produce (+18bps), processed food (+326bps), and imported food (+7bps).

Cordros Research disclosed that another layer of surprise for it in the September inflation reading was renewed price pressure in the core basket. “Precisely, after 10-consecutive months of descent, core inflation edged-up by 27bps to 8.94per cent y/y in the period under review. Upticks were recorded across 88 per cent of the core inflation sub-components, with the HWEGF (+16bps) leading the pack, followed closely by Transport (+12bps), Health (+12bps), Recreation & Culture (+9bps), Restaurant & Hotels (+8bps).”

Cordros Research noted that since August, core inflation widened by 22 bps to 0.98 percent m/m, the highest since June 2018.

Based on the federal government’s decision to announce a complete closure of all land borders against earlier partial closure recently which will make the supply of food items, especially fish, vegetable products, and grains to remain constrained despite the ongoing main harvest season; and coupled with the unrelenting rainfall which inspires little confidence, economic analysts at Cordros Research believe mounting risks will test food inflationary resilience over fourth quarter in 2019.

Their projection based on the prevailing factors in the economy was that inflation will resume its upward trajectory, expanding to 11.32 per cent y/y in October 2019.

“Having factored in the highlighted factors, food inflation is expected to settle at 0.84per cent m/m in October and 13.53% y/y. Elsewhere, despite the uptick recorded in core inflation in September, we see no major pressure point in October, giving the CBN’s defensive stance on the currency amidst continuous foreign reserve depletion. Similarly, PMS price across states in Nigeria shows convergence at NGN145litre, with mild deviation in some states. To add, we believe the impact of higher diesel prices on energy inflation will ease in October. Hence, we expect core inflation to moderate, printing 0.75% m/m and 8.89% y/y in October. Overall, given the low base from the corresponding period of the prior year, we expect headline inflation to resume its upward trajectory, expanding to 11.32% y/y in October 2019.”

Notwithstanding the prevailing unfavourable effect of double digit inflation on the nation, Chizea believes a single-digit figure as projected by the Central Bank is achievable though with consistent and persistent efforts over a fairly long time.

Making a case for a single-digit figure, he said: “There are very few countries of the world with inflation in double digits. In fact, the reality is that inflation rates in developed economy are mostly in lower single digit. And this is so because prevalent high rates of inflation make an economic environment uncompetitive which is not sustainable considering the global village nature of economic interactions.

Double-digit interest rates also have deleterious effect on the poor that are at the receiving end as they are not in a position to pass on the effect of the price increase unlike the manufacturer and given their precarious conditions are hardly in a position to accommodate such increases. It simply impacts negatively on the disposable income and further worsens their economic conditions.”

Measures to reduce the rate of inflation to a large extent, according to Chizea, have to do with demand management.  “As my initial take on the matter is that inflation in the context of supply and demand is caused by a situation of excess demand vis-a-vis supply. And so liquidity is targeted with the aim of reducing the amount of money in circulation either by the Central Bank through its Open Market Operation as the CBN sells fixed income securities to withdraw liquidity in circulation,” he said.

Meanwhile, Chizea who is the CEO of BIC Consultancy Services, also warned that there are causative factors that could be structural and therefore not amenable to quick fix.  His words: “In this respect you have to factor in infrastructural deficiencies in our environment; lack of regular power supply, no roads, no water, no security the provisions of all of which add to the cost of doing business and therefore the prevalent price levels and inflation.

These deficiencies are considered structural because they not amenable to quick fix. We can also put measures in place that would discourage monopoly practices to avoid any economic agent taking advantage of the consumer by increasing prices arbitrarily.” 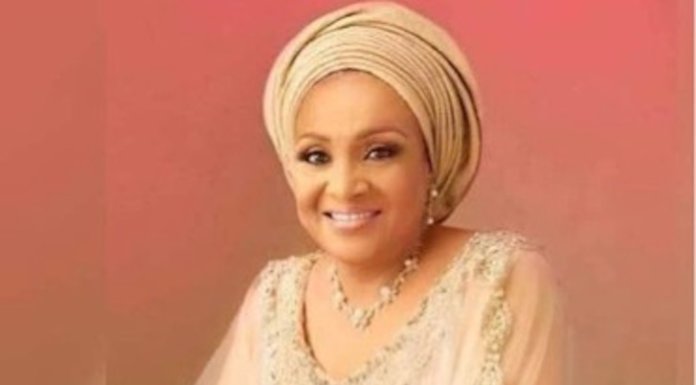