The Shell Petroleum Development Company of Nigeria (SPDC) yesterday said it had expended over N40 billion on its Global Memorandum of Understanding (GMoU) with 37 communities in Bayelsa, Rivers, Delta and Abia States.

General Manager, External Relations of the company, Igo Weli, who spoke in Yenagoa, during the project inauguration of seven benefitting communities, noted that the company would continue to increase its social investments in its areas of operation once peace was guaranteed.

The ceremony also marked the handover of 60 completed community development projects in 2019 valued at N737.4million to the various areas where the company operates.

“This once again highlights the support SPDC JV gives to people in our areas of operation when there is a conducive environment for interaction and when we all take up the opportunities available to engage on matters that affect all of us.

“SPDC is always glad to engage with our stakeholders so that we can co-create the climate for development that we all desire. Where the environment supports our business and we run our operations without disruption, SPDC is committed to increasing the social investments that we make to host communities and to Nigeria” the oil giant said.

He added: “The Tarakiri GMOU cluster development is one of 37 active GMOU clusters in Rivers, Delta, Bayelsa, and Abia states. SPDC JV has disbursed to these clusters, since inception, $228million (41.10billion) to fund their development projects.

“With the GMOU, a group (or cluster) of communities together with representatives of state and local governments, SPDC and the NGos, sign an agreement that enables SPDC JV to provide secure five year funding for communities to implement development projects of their choice”.

In his intervention, Speaker of the Bayelsa State House of Assembly, Monday Obolo , noted that to fully ensure that oil-producing communities received full benefits of their resources,  an executive bill sent to the Assembly by Governor Seriake Dickson had passed first reading and would receive expedited passage.

According to Obolo, the bill sets aside 13 per cent of the 13 per cent derivation funds accruing to the state to be channeled to development of oil communities to complement the social obligations of oil firms operating in the state.

Though he described the SPDC’s GMoU as one of the best, Obolo added: “It is my view that the development funding currently being provided by Shell under the Global Memorandum of Understanding (GMoU) is grossly inadequate compared to the level of contribution to oil output.

“The environment in our communities in Southern Ijaw has been so degraded and nothing is too much for the communities and that is why the Governor Seriake Dickson administration has taken steps to establish an Oil Producing Areas Commission to compliment the GMoU,” Obolo said.

Chief Ebipremene Feboke, Chairman of Oporomor Cluster Development Board applauded SPDC for adopting the GMoU model for development of its host communities, adding that it allowed community involvement in the selection and implementation of projects.

Feboke noted that the GMoU process had inbuilt governance structure that ensures transparency and accountability as opposed the  previous model where the oil firm decides on projects and awards contracts without input from the people.

“The implementation of the GMoU has positively and immensely impacted the Oporomor cluster. Through educational development programmes and projects, such as scholarships awards, construction of classrooms, and science laboratories etc., so many if our youths now have increased access to education” he said. 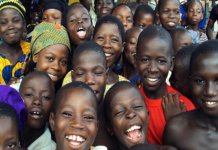 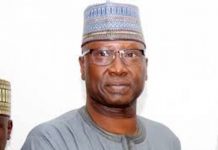 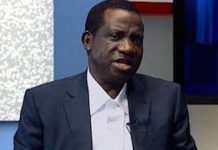 Obaseki celebrates with families of Uzzi, Alabi, on their children’s wedding