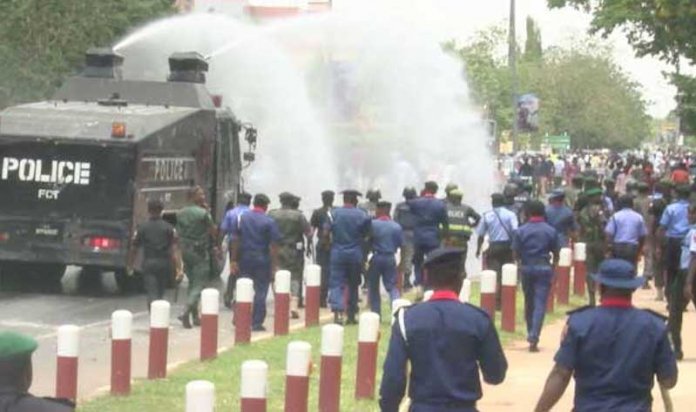 The Kaduna State Police Command said the Police Academy Wudil will begin the screening of candidates for the 7th Regular Course on Oct. 24.
The Command Public Relations Officer, DSP Yakubu Sabo made the disclosure in a press statement issued on Friday in Kaduna.
The News Agency of Nigeria reports that the screening will begin with candidates from the North west from Oct. 24-Oct. 30
It said candidates from the states who passed the aptitude test conducted on Aug. 24 should proceed to Wudil for the screening.
The statement explained that the shortlisted candidates would undergo medical and physical screening.
It added that the candidates should go along with their original and 15 copies each of their credentials, birth certificate or declaration of age.
They are also expected to have proof of local government of origin duly signed by the chairman of the Local Government, Original UTME result slip 2019, Police Academy acknowledgement and Examination forms downloaded from the internet, second copy of postcard signed by supervisor during examination.
“Also 15 white backgrounds passport-sized photographs, two blue shorts, two white T-shirts, a pair of white canvass, two pairs of white socks, toiletries, cutlery, sufficient transport money, as well as scratch cards for NECO, GCE and NABTEB examinations.
“Also candidate who fail to bring or tamper with the documents listed above will automatically be disqualified,” he said.
“In the same vein, state governments are to send their representatives on relevant dates to authenticate the indigene letters from their respective state,” the statement added.
” Parents and guardians are advised to stay clear of the venue as they will not be allowed into the academy while accommodation and feeding will be provided for the candidates during the exercise.”(NAN)