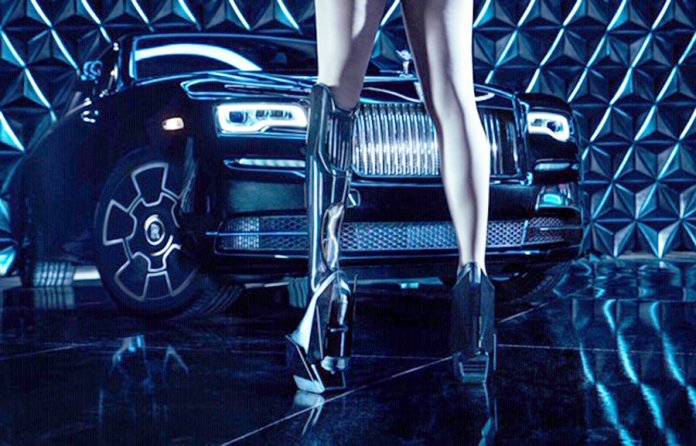 In March 2016, Rolls-Royce Motor Cars presented Black Badge; a permanent Bespoke family of motor cars that respond to the taste patterns of the marque’s most daring and disruptive clients.

Rolls Royce is represented exclusively in Nigeria by Coscharis Motors.

According to a statement by the automaker, “Since its introduction, Black Badge has become the most commanding presence on the super-luxury landscape and has done much to attract a new generation of Rolls-Royce customers to the marque.” The time is now right to delve further into its extraordinary allure.

In March 2016 Rolls-Royce Motor Cars presented Black Badge; a permanent Bespoke family of motor cars that respond to the taste patterns of the marque’s most daring and disruptive clients. Since its introduction, Black Badge has become the most commanding presence on the super-luxury landscape and has done much to attract a new generation of Rolls-Royce customers to the marque. The time is now right to delve further into its extraordinary allure.

Chief Executive Officer, Rolls-Royce Motor Cars, Torsten Müller-Ötvös said, “Black Badge began as an alter-ego of Rolls-Royce Motor Cars but has grown to define an attitude that exists among a new breed of entrepreneurs. These remarkable people are confident, assertive and wilfully disruptive. They respond to the notion of reimagined rules. This film is a tribute to their philosophy and the ongoing success of this truly transformative expression of luxury.”

In this spirit, the marque called upon a collective of globally recognised creatives to express the soul of Black Badge. At the centre of the work is bionic performance artist and art director Viktoria Modesta, celebrated for her innovative and futuristic approach and famed for her fearless performances at the Paralympic Games Closing Ceremony, Art Basel, and Fashion Weeks worldwide.

Modesta said, “There are many parallels between the Black Badge philosophy and my work, chiefly maximising your potential and becoming a hyper version of yourself. I really wanted to capture the Black Badge attitude and fierce spirit, by embodying that through body art, it felt totally wild. Pushing the boundaries to the extreme we explored the allure of a darker, bolder expression, a place where your senses are heightened, where you are the bravest and most free.”

Key to expressing Modesta’s character through the prism of Black Badge was an international team of tech and fashion designers. Anouk Wipprecht, the ‘FashionTech’ pioneer collaborated with Rolls-Royce to build items that apply Wipprecht’s hallmark aesthetic of fashion design, engineering, science and user experience to the pieces.

Among the extraordinary items created for this performance art piece was a prosthetic limb wrought from Black Badge carbon fibre that the designer created in collaboration with Joe DiPrima at ArcAttack, the Alternative Limb Project and the Rolls-Royce Bespoke Collective of craftspeople, designers and engineers. A Tesla coil is incorporated into the heel and activates under pressure to create a ‘Jacob’s Ladder’ effect, illuminating the glass area of the limb with a continuous train of large sparks on demand. It is the first wearable ‘Jacob’s Ladder’ of its kind. The coloured area of the prosthetic is finished in the marque’s hallmark Black paint and detailed with a 3D printed and electroplated Rolls-Royce grille motif.

Wipprecht, alongside Modesta and the Bespoke Collective also tailored a Black Badge carbon fibre bodice to the bionic artist. The artist’s silhouette was digitised using a high-resolution body scan while the bodice itself was created using a SLS powder-based 3D printing technique to form the extra-lightweight wearable before it was veneered with carbon fibre.

Wipprecht says, “Like the Black Badge motor cars we are expressing, Viktoria is badass. She’s not scared of anything. Creating my aesthetic overlay in collaboration with the Rolls-Royce Bespoke Collective merged technology and fashion in a way that truly captured the spirit of Black Badge.”

The visionary tasked with creating a cohesive narrative was director, Jora Frantzis. Her work articulating the visual backdrop of subversive contemporary recording artists, including Cardi B and IV Jay, prepared her to interpret the dark world of Black Badge with Modesta at its centre.

“Viktoria as an embodiment of power symbolised through the electricity of the prosthetic. She can shift time and space, shape worlds and push them in any direction she deems fit. Modesta’s subversive style worked so well with Rolls-Royce Black Badge. I’m pleased to say that we’ve created something really unique.”

The short film can be viewed online at rolls-roycemotorcars.com