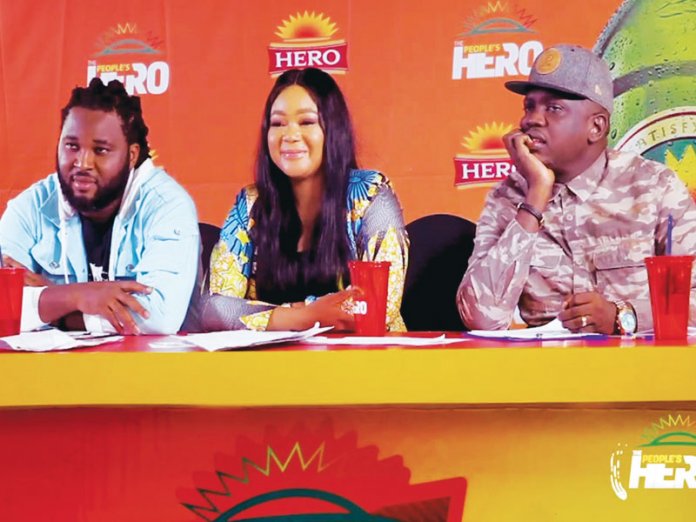 Following the qualifications of 11 contestants from Enugu to participate in the live show of the new reality talent show, People’s Hero, a total of 24 contestants were recently given the good news of advancing to the next stage of audition.

The lucky contestants were among the almost thousand talents who gathered at Owerri this past Saturday for the audition.

These contestants have survived the pre-selection stage and the judges have found them worthy to proceed to the next stage of the auditions. The selected talents include four spoken word artists, seven singers, eight dancers and five actors.

Describing the experience as exciting and fulfilling, the three judges, Illbliss, Racheal Okonkwo and Marc Swagz unanimously admitted the contestants’ performances were a mix of the excellent, the good and the ugly.

According to them, the quality of the talents from the Enugu auditions were better than those at the Owerri auditions. They claimed this made their decision quite easy in selecting the contestants who qualified for the next round.

The selected contestants will have to go through another round of auditions for the final nine to emerge and participate in the live shows happening this month.

Designed by Hero lager beer to identify the best talent in the Southeast and reward the winner with a cash prize of N7 million with a consolation prizes of N2 million and N1 million for the first and second runner up, the Marketing Manager of the brand, Obumneke Okoli said the brand has always claimed there is a hero in everyone and what happened in Owerri just confirmed Hero’s claim.

He said this explains why the brand is providing platforms to enable Nigerian youths bring forth their best. He reiterated his confidence that whoever emerges ‘The People’s Hero’ will indeed be a huge performer in the entertainment industry.

The People’s Hero continues to air on MTV Base every Saturday by 9pm with a repeat show on Wednesdays by 9pm.