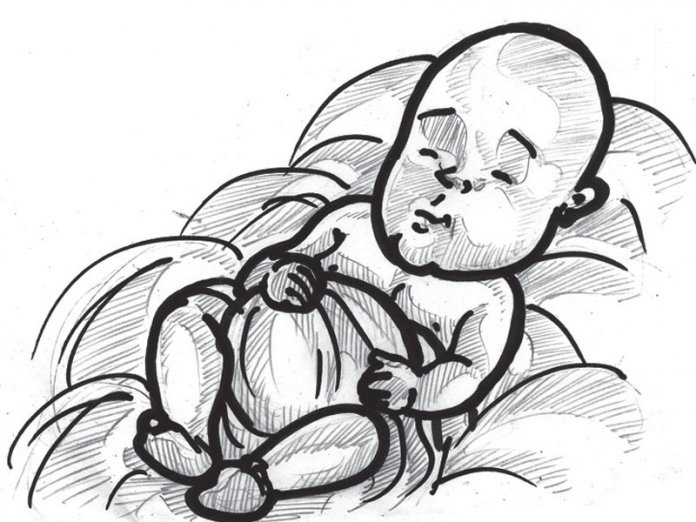 More efforts should be made to interrogate cases of disappearing children, writes Olusegun Adeniyi

Early this month, police in Lagos uncovered a suspected ‘baby factory’ and rescued 19 pregnant girls aged between 15 and 28 in Ikotun area of the state. Brought to Lagos, the girls were impregnated and upon delivery, their babies were then taken from them and sold for prices ranging from N300,000 to N500,000 depending on the sex. And just last week, nine stolen children were traced by the police to, and recovered from, Anambra State. Aged between two and 10 years, the children were reportedly kidnapped from various locations in Kano metropolis before being sold to some merchants in Anambra. “The suspects confessed to have conspired among themselves and kidnapped various children from areas like Sauna, Kwanar Jaba, Kawo, Hotoro, Yankaba and Dakata quarters, all within the Kano metropolis,’’ said the Kano State Commissioner of Police, Ahmed Iliyasu.

The mental torture of not knowing the whereabouts of your child is something one should not wish anybody. That explains why the Yoruba would say, “‘my child is dead’ offers more comfort than ‘my child is missing’” because of the roller coaster of emotions. Yet Nigeria, according to the International Committee of Red Cross (ICRC), “has the highest caseload of missing people that the ICRC is actively searching for in the world. Nearly 60 per cent of the caseload were minors at the time they went missing.” The question now is, how many of these children were stolen from the streets by members of this criminal gang?

This is a new dimension to criminality in our country that is very disturbing. Sadly, because we like to create equivalences for religious and ethnic reasons, some people have turned this unfortunate tragedy of the stolen Kano children into a debate about how much media attention the issue is receiving as against the frenzy generated by similar incidences in the past. And with that unhelpful distraction, a wedge is being created on a serious crime we should all be fighting together.

In June this year in Jos, Plateau State, a 30-year-old mother, Mrs Mary Chukwuebuka, reported how she gave birth to a baby girl on 28th May, but three days later, the child was stolen from her at the hospital by a woman who posed as a doctor. In one of those rare cases where the police perform creditably, the child was found about a week later and the culprit arrested. “Paternity test, done through DNA, and the blood groups genotype testing, had all shown that the child belongs to the couple. They are the real parents of the child”, said the delighted Chief Medical Director of the hospital while handing the baby back to her mother. Not all such cases end that way.

So prevalent is the crime that the Network of Civil Society Organisations Against Child Trafficking, Abuse and Labour (NACTAL) last year urged the federal government to provide adequate security to forestall stealing of newborn babies in hospitals. The group’s National President, Mr Adaramola Emmanuel, who recalled how a day-old baby of deaf and dumb parents was allegedly stolen at a hospital in Kaduna, urged the authorities across the country to put in place measures to guarantee the security of newborn babies. The United Nations has since ranked child trafficking as the third most common crime in Nigeria after financial fraud and drug trafficking. According to the UN, which put the worth of the global child trafficking business at US$33 billion annually, no fewer than 10 children are sold in Nigeria on a daily basis.

However, the Kano incident should worry all critical stakeholders because it represents a dangerous dimension to the challenge. With children being stolen practically in their homes and sold across the country by some unscrupulous people, almost like merchandise, we have entered a new low. But it perhaps also provides explanation for why many children are disappearing in our country without any trace. While we must therefore commend the police for this breakthrough, it is important that they quickly conclude their investigation and bring the perpetrators of this most heinous crime to justice to serve as deterrence to others. We should also be thinking of creating support systems for the families of such victims.

It is sad that the Kano children have been reunited with their families without any assistance from the authorities, and I am not talking about money. In his piece, ‘The Leftovers: Life as the Parents of Missing Children’, Max Kutner recounted the experiences of several fathers and mothers whose children were missing, including those that were later found. A man whose son was abducted in 1998 at age four and was found 10 years later as a 14-year-old, said: “He’s largely a stranger to me, because after four or five, I never had the opportunity to get to know him, nor he me.” The emotion of the ordeal, he added, “becomes a deep hollow emptiness and a wound that never quite heals.”

Reunification experts, according to Kutner, say “parents are sometimes unprepared for how their child might look or act upon return.” In the case of the Kano children, there are already challenges with reports that they can no longer speak the language of their parents. Handling this kind of situation requires some form of expertise, so the parents need support. “When the child has been missing or exploited, and they come back together with the family, that’s when the really tough work starts,” according to Sheryl Stokes, a family advocacy specialist with the United States’ National Center for Missing and Exploited Children.

It is also time we confronted the sordid practice where some girls are held captive until they give birth and compelled to give up their babies for money, which has become rather prevalent in our country. There is a way in which this social menace also connects with the Kano tragedy. Both are well organised crimes thriving among some desperate Nigerians who have come to regard stealing and selling innocent children as a business. Targeted are the most vulnerable of our society. For every child stolen from cities like Kano, only God knows how many have been kidnapped from the rural areas across the country.

There is another dimension to the crime that we should not ignore. Adoption of babies by childless couples or single mothers, which used to be a taboo in the past, is now very popular in our country, especially among the urban elites. While there are a few orphanages doing wonderful work for the society in this regard, I understand that the demand for babies to be adopted is far higher than these authorised orphanages can meet. Because of that, it sometimes takes month or years before couples who register for children get their dreams fulfilled. That is also what many criminally-minded people are capitalising on, in a bid to make money.

With the breakthrough by the police on the ‘Kano Nine’, efforts should be made to further interrogate the crime so as to get to the root of other such disappearances and those involved. The authorities must also do more to curb the antics of men who lure women into ‘baby factories’ for the purpose of transactional procreation. It is obvious that some Nigerians have been afflicted with a poverty of the mind that has made them to lose their humanity just to make money. If we don’t confront them together, they will imperil all of us.

Adeniyi is Chairman, THISDAY Editorial Board