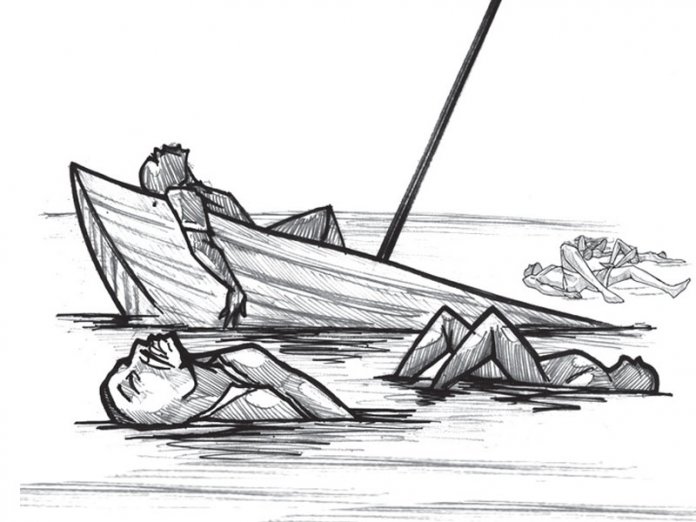 The authorities may do well to enforce safety standards

Dozens of people died last week after a canoe capsized on Kirfi River in Kirfi Local Government Area of Bauchi State in the latest of what has become a common tragedy in our country. The victims, all farmers, were on their way to their farms when the incident occurred. In July, a 20-capacity passenger boat with 60 horsepower engine capsized mid-sea after being hit by severe wave along the Badore-Ijede waterway in Ikorodu axis of Lagos. With no survivor, about 15 dead bodies were eventually recovered. On-the-spot investigation revealed that the incident was caused by poor visibility. None of the passengers was on life jacket.

As we have stated repeatedly on this page, the rising number of deaths occasioned by boat mishaps on the nation’s waterways should indeed be a serious cause for concern to the Nigerian Inland Waterways Authority (NIWA). There is hardly any month without reports of boat accidents and often with heavy casualty figures. And the causes are almost always the same.

It is understandable that boat accidents are inevitable in the creeks and coastlines especially given the fact that the people living in those areas have no alternative means of transportation. The absence of other reliable transport system has made people to pile into whatever watercraft happens to be moving towards the direction they are going. And since safety standards are never enforced, these small wooden canoes most often carry passengers far beyond their capacity.

It is a notorious fact that there is hardly any ferry, canoe or the so-called “flying boat” that keeps to the exact passenger specification. Aside from overloading, another cause of these marine accidents is that most of the boats are old and suffer from lack of proper maintenance. Perhaps more important is the obvious absence of enforcement of safety standards. In fact, not much is known about the existence of any mandatory operational guidelines for ownership of ferries and boats and the minimum standards that must be met to be in the business of ferrying people through the waters.

Again that explains why in some instances boats that were constructed to carry not more than 20 persons could be loaded with 50 or more passengers especially at peak periods when people are in a hurry to get back to their places. Consequently, when the canoe encounters stormy conditions along the water, the sheer weight of the human cargo and other luggage would make it easily susceptible to capsize. Furthermore, the fact that there are no life jackets on board is a sure guarantee that casualty was bound to be high.

There is no doubt that water transportation could be one clear source of decongesting the roads in places where road travel could result in spending frustrating hours on the traffic. However, the operational standard should be enforced nationally so that all ferry and canoe operators have a universal safety standard. There should also be regular inspection of these boats just like motor vehicles are inspected for their road worthiness in order to detect dilapidated and rickety ones which constitute serious hazard to human lives.

Provision of emergency services along the water ways is also important. The absence of such emergency agencies often contribute to the high casualty figures recorded when boat accidents occur since the operators have little or no knowledge about the first aid steps to take when faced with emergency situations. All these and other safety measures would definitely go a long way in minimising the number of deaths on the nation’s waterways.