Hammed Shittu chronicles the healthcare programmes of the Kwara State government, and how it is redefining medical services for residents, especially rural dwellers

The importance of health in the socio-economic development of any society cannot be over emphasised. It is one of the sectors that can be used to measure the growth of any nation, and set agenda to mark the social wellbeing of the rural populace.

No wonder, every level of government is often urged to put up a sustainable health policy and programmes on ground in order to achieve universal health coverage.

It is on this premise that Kwara State Governor, Abdulrahman Abdulrasaq said he is going to transform the state’s health sector through policies and programmes that would alleviate the ill health of the people.

Abdulrasaq upon assumption of office took facility tour of existing health institutions across the state, with the belief that more needs to be done to address healthcare issues.

Among the giant strides of the administration in the health sector include the convening of health summit in the state which was in partnership with other health stakeholders in the sector.

It would be noted further that experts have decried malnutrition rate among children in the North-central, where Kwara falls, prompting the government to key into the initiative, hence the counterpart funding of N82m for malaria programme, which had ensured that the state benefits from Global Funds’ support, which was set aside by donor agencies to combat malaria.

The development however prompted the state government to embark on a statewide roll-back malaria partnership, a donor -funded programme where over 2500 people benefit from government’s medical outreach programme recently in the state.

The campaign, named Malaria-Free-Kwara, qualifies Kwarans to access free malaria treatments in the health centres near them in the state.

The leader of the donor-funded programme, a US-based Kwara State Association of Nigerians (KSANG) and Sakinah Medical Outreach in conjunction with the state government, Dr. Yusuf Adankawo who spoke at the roll back malaria outreach event recently, said the gesture was aimed at complementing the government’s good intention to responding to the medical needs of Kwarans.

Adamu said Kwara recorded only 50 per cent of the new polio cases because the state did not pay the necessary counterpart funds to immunise the children against the disease.

In a chat with journalists during the medical outreach recently, the Special Adviser to Kwara State Governor on Health Matters, Professor Wale Sulaiman said the governor has released the sum of N26.9 million for the interventions, covering the medical missions conducted across the state and the cost of purchasing the equipment to prepare the hospital for these procedures in line with global best practices.

He said the exercise is in partnership with the KSANG, Sekinah and the Kwara State chapter of the NMA which brought US and Nigeria-based medical experts for the mission.”

In his comment, the Chief Medical Director, Ilorin General Hospital, Prof. Abdulfatai Olokoba said that, “nearly 70 of the 100 cataract surgeries have been done while 250 glasses have been given to patients suffering from various eye disorders.”

He said additional 300 surgeries were being carried out across specialties of obstetrics and gynaecology, general surgery, orthopaedic surgery and neurosurgical interventions within the week.

The Chairman, Sakinah Medical Outreach and Head of the Volunteer Doctors, Dr Salman Yusuf said they partook in the programme to support government’s efforts to improve basic healthcare delivery in the state.

Miss Aderemi Olabisi, who had her breast lump removed, admitted that lack of funds had led to the delay in carrying out her surgery.

Muhammad Isa, who had a successful hernia surgery, said he had over the last one year been managing the case without success until the intervention. Isa noted that he heard the information about the medical and surgical missions on radio and seized the opportunity.

Miss Basirat Amzat, who had a breast lump, narrated her ordeal before the intervention and said exercise was seamless in the theatre.

Abubakar Jimoh, a guardian of a nine-year-old Muhammad Jimoh, who had hernia, said the family had taken the child to another hospital without success until the intervention.

Mrs Zainab Abdulwahab, mother of 45-day-old boy Abdulwahab, who had surgery for Hydrocephalus also commended the government and its partners for coming to the aid of the baby.

In his remark at the closing ceremony of the surgical intervention programme in Ilorin, the state governor, Abdulrasaq said his government has recorded at least 35 per cent rise in hospital patronage in the last three to four months.

The rise, according to him was due to the ongoing focus of government on basic healthcare delivery.

Represented by the state Deputy Governor, Mr. Lekan Alabi, Abdulrazaq said: “We will make sure that all our primary health centres are properly run and functioning very well and the government will also equip hospitals to meet the medical needs of the people.”

AbdulRazaq said his government was determined to secure the services of qualified health personnel to provide quality services in the state.

The Director General, Hospital Management Bureau, Dr. Oladimeji Aluko, said the last four months of AbdulRazaq’s administration has seen between 30 and 35 per cent rise in patients who patronise state-owned hospitals as a result of rising public trust in the government and its interventions like payment of counterpart funds, free malaria treatment and anti-polio vaccination.

The Chief Medical Director, General Hospital Ilorin, Prof Abdulfatai Olokoba said the recent equipment, opening and commissioning of Intensive Care Unit of the hospital was the first in the history of the state, with the purchase of oxygen concentrator, patient monitors, paediatric sphygmomanometer, automatic defibrillators, oxygen cylinders, and manual and electrical suction machines, among others.

By and large, with this new giant stride of the present administration in the development of health sector, the people of the state will be yearning for more of this so as to boost their socio-economic wellbeing and also to reduce untimely death of residents. 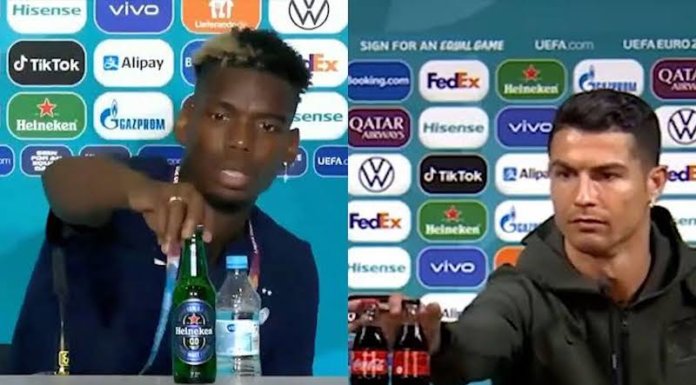