Five-time world champions, Golden Eaglets of Nigeria lost 1-2 to Sao Paulo Under-17 side in a friendly game played at the Sorocaba Sports Complex in the city of Sao Paulo, Brazil on Monday evening.

The Nigerian boys approached the game with confidence and were in control at the opening minutes of the game, with Olakunle Olusegun missing the target narrowly when he should have scored.

It was Sao Paulo FC that drew the first blood with the first chance they created. A beautiful lop from the midfield was well –controlled by Danilo Silva with his left foot, beating Simon Omon in the process, and he ran into the box with a perfect finish in the 18th minute.

Thereafter, the Eaglets unleashed series of attacks in search of an equalizer. Unfortunately, Ibrahim Mohammed and Olusegun failed to convert the chances that were created from the midfield.

Peter Ukeme, who appeared not physically fit was replaced after 35 minutes by Akinkunmi Amoo and the introduction of the stocky attacking midfielder presented a big threat to the Brazilians even as the first half ended with Nigeria trailing 1-0.

It was a different ball game entirely in the second half as the Eaglets came in full-blast search for the equaliser. Monsuru Abdulsalam’s left footed shot inside the box was parried by the Sao Paulo goalkeeper for a corner kick. The resultant corner kick was not well –connected, but there was a glimpse of hope that the equaliser was lurking around and it came few minutes later when Monsuru dribbled three defenders, surged into the box and was hacked down for a penalty kick.

Olusegun converted the opportunity to make it 1-1. The Eaglets continued piling pressure to break the defence of Sao Paulo for a second time but the goalkeeper came severally to the rescue of the Brazilians.

As time ticked away, Sao Paulo’s attackers pounced on a loose ball from the midfield, launched a counter attack and a cross from the left side of the midfield was neatly jabbed into the net by Enrique Santos in the 85th minute. 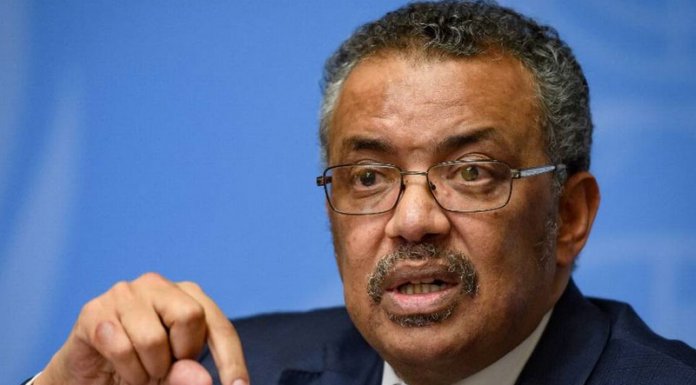 WHO Pledges to Intensify Fight against Pandemic