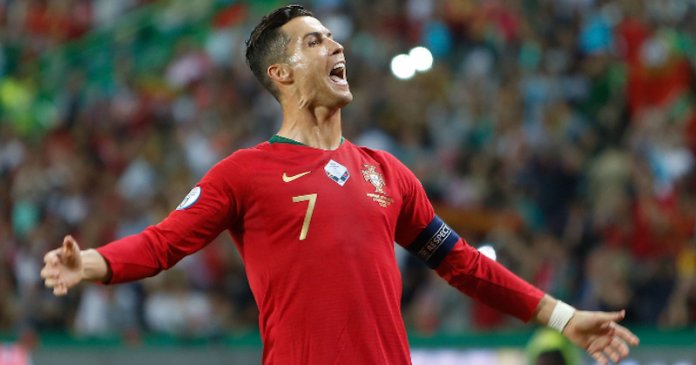 RONALDO REFLECTS ON HIS 700 GOALS FEAT

I Don’t Look for Records, They Look for Me, Says Ronaldo

Cristiano Ronaldo has lost count of the number of records he has broken, the Portugal forward said after scoring the 700th goal of his career during a 2-1 defeat by Ukraine on Monday night.

“The records come naturally, I don’t look for them, the records look for me,” he told reporters after scoring his 95th goal for his country.

“It’s not for anyone to reach this number and I thank everyone, teammates, colleagues, coaches and everyone who helped Cristiano become the player that he is.”

However, Ronaldo said that the loss to Ukraine in a Euro 2020 qualifier took some of the shine off the achievement.

“It’s a nice moment in my career but there was a bitter taste because we didn’t win,” he said. “We played well, but we didn’t win. We did everything we could and we had plenty of chances.”

Ronaldo is the all-time leading scorer in the Champions League with 127 goals, holds the record for the most goals in a single Champions League season, is Real Madrid’s all time highest scorer and Portugal’s most capped player and record scorer.

The first five goals of Ronaldo career were scored for Portugal’s Sporting in 2002-03.

He then scored 118 goals in 232 appearances during six seasons with Manchester United and, remarkably, averaged over a goal a game for Real Madrid, scoring 450 in 438 appearances over the course of nine seasons. n just over one season with his club Juventus, he notched a further 32 goals in 51 matches.

Despite the defeat, Portugal remained second in Group G with 11 points from six games, one ahead of Serbia, and will qualify for Euro 2020 if they win their remaining matches, at home to Lithuania and away to Luxembourg.