Over breakfast and the obligatory cups of coffee somewhere in New York late September, a bright and enterprising Nigerian lady was, as it were, preaching to the converted on the urgency and benefits of private sector investment in infrastructure in Africa. The previous day at the Africa Investment Forum road show held at the Four Seasons Hotel in New York, she had challenged the world’s biggest investors and partners of the African Development Bank (AfDB) to increase their stake in Africa. She said there were solid investment opportunities and bankable transactions on the continent which they would do well to tap into today for a greater tomorrow.

Ms Chinelo Anohu was eating her breakfast slowly as I frequently interrupted to ask questions about her new assignment at AfDB. I had been unable to attend the road show the previous day because I had other engagements, so she was bringing me up to speed and highlighting the benefits of private investment in public infrastructure. I was already a convert. So, as I watched President Muhammadu Buhari lay out his plans for infrastructure in his 2020 budget presentation to the national assembly on Tuesday, I thought he is the one Anohu should be discussing with, not me. I had this feeling something vital was missing from the budget narrative. We shall come back to this presently.

After being controversially removed as the DG of the National Pension Commission (PenCom) in April 2017, Anohu disappeared from the media radar. For some of us who appreciated her capacity — especially judging by the work she did at PenCom — it was bad news. At this stage of our development, we need all hands on deck. We should be attracting and keeping talents, not discarding them. She resurfaced on the radar in May 2019 when she was appointed into the board of the University of Edinburgh Business School, Scotland. Four months later, she was named the new head and senior director of the Africa Investment Forum by Dr. Akinwunmi Adesina, AfDB president.

The Africa Investment Forum is saddled with “tilting” the flow of capital into the continent and “closing” the funding gap for transformational projects. It is branded as Africa’s investment deal-making marketplace aimed at raising capital, advancing projects to bankable stage and accelerating the financial closure of deals. “Africa has an annual infrastructure investment gap of about $100 billion,” Anohu said. The figure is intimidating. Nigeria alone is said to need about $10 billion yearly for federal infrastructure. Buhari has budgeted N2.14 trillion (about $6 billion) for capital projects in 2020. It does not meet the target but that is not the issue. We shall return to this.

I left my breakfast meeting with Anohu thinking of possibilities in Nigeria. Many development experts will argue that until we fix our infrastructural deficit, our huge potential will remain inchoate. The roads, in particular, are begging to be fixed. Bridges are longing to be built. Public schools are lacking not just in quality instruction but also in conducive classroom environment. The hospitals are forever dilapidated, lacking bed space, drugs and equipment. Any country that does not fix these basics cannot expect its people to be well educated and healthy — and should not expect magic from its economy. But where do we get all the money to fix these things?

Buhari has presented our biggest budget ever to the national assembly. I will attempt a summary in just one paragraph, with plenty full stops and commas. We will spend N10.33 trillion, earn N8.155 trillion and have a deficit of N2.175 trillion. Of the N10.33 trillion we plan to spend, N2.14 trillion will go into capital projects (excluding statutory transfers), N3.6 trillion into personnel and pension costs and N2.45 trillion into debt service. We intend to produce 2.18 million barrels of crude oil per day, sell at $57 and earn N2.18 trillion from the black gold. I can see problems and challenges with the distribution and feasibility of these figures, but I would leave that to the experts to sort out.

Buhari said something in his presentation that caught my attention: “Investing in critical infrastructure is a key component of our fiscal strategy under the 2020 budget proposals.” He added that the “main emphasis” will be the completion of “as many ongoing projects as possible, rather than commencing new ones”. The president also revealed that MDAs “have not been allowed to admit new projects into their capital budget for 2020, unless adequate provision has been made for the completion of ALL ongoing projects”. The “all” was written in capital letters, which would suggest the importance Buhari attaches to the issue. Why start what you can’t finish?

Now let me go to my argument of the day. We’ve been running deficit budgeting for decades — which I don’t think is a crime — but when are we going to be more innovative with funding so that we do not incur more debts? Buhari talked about “innovative borrowings using instruments such as Sukuk, Green Bonds and Diaspora Bonds” to finance infrastructure. How many more debts can we take? We are already servicing debts with a quarter of our federal budget. Why do we have to keep piling debt upon debt, no matter how favourable the conditions are and no matter the ratio to GDP? As many economists have pointed out, you pay your debt from your revenue, not your GDP.

Critically, the one missing item in Buhari’s budget is a plan to cut down on borrowing — not just raising more revenue through increase in VAT. If you have an annual need of $10 billion to finance infrastructure, you have to look at your resources carefully and decide which ones you can finance and the ones you need to borrow for. I would suggest, for instance, that government should focus on infrastructure that is central to the health and education of ordinary Nigerians. The private sector can handle some others. Why should government be taking loans to do railways and inter-state roads that are commercially viable and can be better managed by commercial entities?

I would say some of the most commercially viable roads in Africa are in Nigeria — already identified and mapped out by the Infrastructure Concession Regulatory Commission (ICRC). Take a look at the Lagos-Ibadan expressway. Why should the government take loans, whether commercial or concessionary, to build such a road? Buhari himself has lamented time and again the state of federal roads and the lack of finance to fix them. Mr Nurudeen Rafindadi, the managing director of the Federal Roads Maintenance Agency (FERMA), said recently that the agency needs N100 billion yearly to rehabilitate 36,000 kilometres of federal roads across the country. We need good money.

What can we do? The federal executive council recently announced that toll gates will soon return to federal highways. If my reading is right, this is to generate money to maintain the roads or pay back loans we took to build them — or both. The idea of toll gates is good but I would not recommend that government should be collecting the money. It is better to concession the roads to reputable investors who will build and maintain them under a Public Private Partnership (PPP). There are global investors who have billions of dollars to spend on infrastructure and are only looking for the right countries. There is nothing creative in borrowing to build roads that can pay their own way.

But I am not naïve: I understand the game a bit. No investor will want to jump into an environment where contracts are not worth the paper on which they are written and signatures are not worth the ink. It requires us putting our house in order, establishing world-class processes and respecting the rule of law to win the confidence and respect of big-ticket investors. That is demanding quite a lot in a Nigerian democracy experiencing a stop-start relationship with law and order. In this business, confidence is everything. Investors want to be sure of what they are getting themselves into before taking the plunge. I will only hope that we can see things this way in Nigeria.
Agreed, we have had bad experiences with concessioning before. The Lagos-Ibadan road was a terrible experience, but the truth is that President Olusegun Obasanjo was only doing favours. He did not do it the right way. We should, therefore, not use that to discredit concessioning. It is working in many countries. I would also say that what we need to do is not simply wait for the investors to come on their own or to wait for them to develop confidence in Nigeria. We can actively promote PPP as a viable way of bridging our infrastructure gap. We can create the right environment by removing the lingering obstacles. We can then market these opportunities to investors.

While wishing Anohu all the best in her new job at AfDB, I can bet that one thing she will find out is that most investors are willing to put their funds in many countries before considering Nigeria, particularly if it has to do with the public sector. Yet we desperately need the inflow of investment, particularly the ones that will bring concrete forex, finance concrete projects and create concrete jobs. I would choose a 25-year concessioning of a highway above a 25-year bond that will only balloon our debts. It is unfortunate that Buhari is president at a time we don’t have much money, but when the world throws lemon at you, you make lemonade — not go borrowing orange. 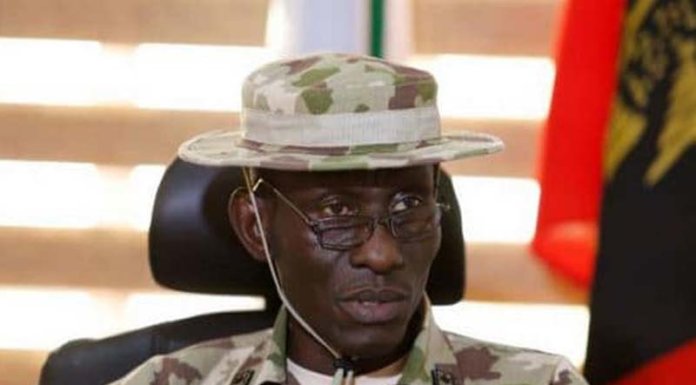