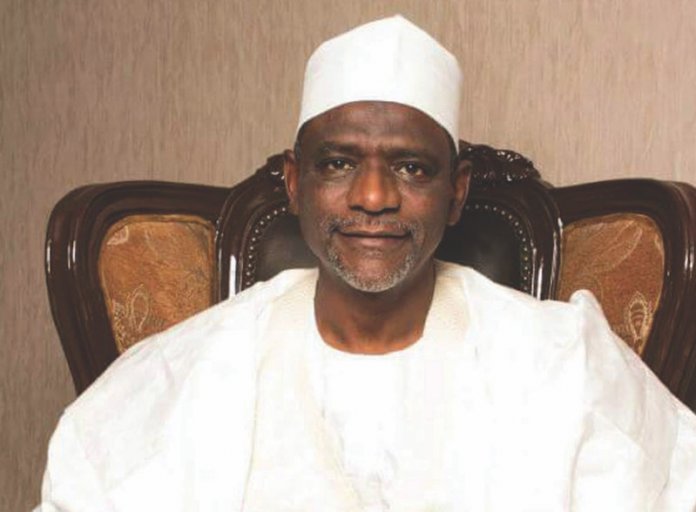 The Alumni Association of Nigeria’s Pioneer Business High School, United Christian Secondary School, Apapa, Lagos has committed the 60thAnniversary/Founders’ Day of their alma mater to replacing its decrepit infrastructure. Not too happy with what they described as the insipid condition of “a once high flier amongst schools in Lagos,” they are resolved to return the formerly enviable institution to its “falcon height.”

“We can’t be celebrating when our School is in a mess. Rather than bring out the drums and celebrate lavishly, our Alumni/Alumnae who are based across the world, are using the Anniversary with the theme “Giving Back“ to massively retool the infrastructure of the School that have long gone decrepit as a result of many years of government takeover,” says Alumni President, Mr Tony Iyare
“Our members are of the firm belief that they can’t be celebrating when the School is in shreds and when students are learning under conditions that are worse than that of the early man.

“If you go round the School, it is largely replete with broken windows, desks, chairs, doors, ripped white boards, ramshackle buildings, dingy classrooms and a very insipid environment which is not congenial to learning. For those who attended the old school with its beautiful flowers and impeccably cut grasses and with learning conducted under some of the best atmosphere, they simply weep each time they are here,” he reminisced, recalling the school’s glowing days when it operated from its former alluring location on Bombay Crescent.
Iyare, a former special adviser to former Edo State Governor, Mr Adams Oshiomhole, reveals that was the reason why members of the Alumni Association decided to put on hold the luncheon that normally accompanies this kind of event. But they are organising a Thanksgiving Service on October 15 to be followed by Career Talk and Prize Giving Day, which the Alumni Association has sponsored for over 15 years as part of its strive to maintain high academic standards in the school.

Mr Iyare, a Journalist and Development Consultant, says “As branches, sets or individuals, our Alumni are working in concert and garnering lots of resources to fix the school’s moribund infrastructure and put it in better shape. After an exhaustive engagement with the school’s management on their needs assessment, we have come up with a long list of projects that we are imploring our members to support. And the responses have been quite overwhelming.”

From the Agriculture and Home Economics Laboratories, classrooms to the staff rooms and the office of the principals of the senior and junior schools are undergoing facelift. The Alumni association is also supplying desks, chairs and standard white boards.
The school which admitted its first set of students in January, 1959 and was formally opened on October 15th, 1960 by then Minister of Education, Hon Aja Nwanchukwu, was conceived with a bias for commercial subjects in response to the demands of the Apapa industrial community.
Its lot has been on the downward slide since the change of ownership in 1975. The School which was a high flier in both academics and sports further began to wane when it was relocated from its prime old site on Bombay Crescent to the less fancied site on Liverpool road, both in Apapa.

In 1958, at the invitation of the Federal Government, a Working Committee was formed for the purpose of establishing and administering a secondary school with commercial bias. Representatives of the Anglican, Baptist and Methodist Missions of the Christian Council and the Ministry of Education were included. The collaboration of three Missionary bodies in this happy and constructive partnership was the reason for the words “United Christian” in the School’s name.

Subsequently, the Working Committee was expanded into the Board of Governors which included representatives of some of the main commercial houses of Nigeria. The School, then known as United Christian Secondary Commercial College, was founded in January 1959 by three missions – Anglican, Baptist and Methodist. Situated at No. 34 Bombay Crescent, Apapa, the School was primarily founded to suit the need of the Industrial Apapa Community; hence the curriculum emphasized commercial subjects and secretarial studies at its inception.

The School began on the enviable promise of producing the budding graduates that were expected to oil the path of business development of the fledgling country. Since then, many distinguished professionals in different fields have been produced from the School, which later added science and other technical subjects in the 80s. Its well groomed alumni have lifted its banner both within and outside our country’s shores.
Since early 2000, the United Christian Secondary School Old Students’ Association (UCOSA), founded in 1974, began moves for the former mission owners to reclaim the School in order to stem its downward slide and return it back to its falcon height. This was rekindled after the schools in Lagos State were returned to their former owners, shortly after the advent of the government of Governor Bola Ahmed Tinubu.
The move by UCOSA recently elicited positive responses as the Anglican, Methodist and Baptist Missions have kick started the process to endorse a joint application to demand the School from the Lagos State Government. “Our real rebuilding process will begin once the former mission owners take back their school,” Iyare says.

“More importantly, because of our resolve that government take-over has put the School on a reverse gear, we have in the last 16 years pleaded with the former mission owners-Anglican, Methodist and Baptist to take back the School. We are very delighted to report that they’ve heeded our call and the process is now fully on. We hope that very soon their application for the demand of the School will be delivered to the Lagos State Ministry of Education,” he quips.

The Alumni Association is however pleading with the Lagos State Government to
“Urgently clear the brothels and alcoholic shops that are not only constituting a menace to our students and inimical to an environment where our future leaders are being nurtured but they also block the passage to the School.”

The Alumni Association says, “Apart from presenting a security crisis for the School and members of UCOSA who hold meetings there, they are also constructed on drains which itself is a violation of the environmental laws of the state.” It counsels that “Against the backdrop of some recent ugly developments in the state and around the country, it has become imperative to ensure that students learn in very secured and safe condition.”

It also wants government’s assistance for the road leading to the School from Liverpool Road to be extended beyond the gate “so that the debris perennially collecting around the entrance and which defaces its look can be effectively checked.”
UCOSA also implores the government to construct its new prototype 18-classroom block to replace the entire decrepit prefab, otherwise called Jakande buildings, dotting the School “which are posing imminent danger to our students.” “This call has become urgent against the increasing rate of collapsed buildings in the state,” it says..

The Alumni Association also wants government support in its struggle to ensure that the School’s properties that have been lost to trespassers are urgently retrieved.
It is also pleading with both the Federal and Lagos State Governments to urgently renovate the neighbouring Queen’s Barracks meant for the police which have become an eyesore and pose some menace to the School.

Don Advocates Review of Teaching of Entrepreneurship in Schools