A committee set up by Governor Bello Matawalle of Zamfara State to find solutions to banditry and other security challenges in the state has indicted top military officers and traditional rulers for complicity in the spate of violence that has killed more than 6, 000 people in the last 10 years.

This is as the Nigerian Army said its soldiers neutralised no fewer than 39 armed bandits in two different operations in Zamfara State last week.

In a another development, the Army said on Saturday the blockade of terrorists’ logistics supply routes in the North-east by troops paid off with the capture of 10 Boko Haram commanders in Gwoza Local Government Area of Borno State.

The committee on banditry in Zamfara State was inaugurated by Matawalle in July and its investigation covered June 2011 to May 2019. The committee, chaired by former Inspector-General of Police, Mohammed Abubakar, which submitted its report on Friday, said it had material evidence that five emirs in the state, 33 district heads, and several village heads were complicit in the wave of banditry in which more than 6,319 men and women had been killed.

Abubakar, who made the revelation, did not announce the names of the indicted traditional rulers.
He said 10 soldiers, some policemen, and civil servants were discovered to be involved in the banditry, which has lasted for about a decade in the state.
The former Inspector-General, however, lauded some security personnel and one emir, whom he said acquitted themselves creditably in the protection of the people. He said the committee had recommended that the emir be conferred with national honour while the officers should be promoted.

Abubakar said the 300-page report of the committee would be relevant to other state governments and the federal government in the effort to address security issues in the country.
The committee said in the report that a total of 4,983 women were widowed, 25,050 children orphaned, and 190,340 persons displaced by banditry over the period. It said Fulani herdsmen lost 2,015 cattle, 141 sheep and goats, 2,600 donkeys, and camels to rustlers, while 147, 800 vehicles, motorcycles and others were burnt at different times and locations within the period.

Matawalle said while receiving the report that the state government would set up a N50 billion fund to support victims of banditry in the state, especially orphans and widows. He said a foundation would be set up to manage the fund in line with the recommendations of the committee.

The governor said, “I commend the foresight of the committee members for recommending to my administration to launch a N50 billion orphans and widows foundation.
“I will discuss this important recommendations with President Muhammad Buhari with a view of launching the foundation in the first quarter of 2020.”

He said the foundation would have a board of trustees made up of trusted and credible Nigerians with impeccable records of selfless service.
The governor said 6,319 men and women were killed within the period, vowing that the government must take care of the education of the 25,050 orphans and meet other responsibilities to the victims.
He spoke on other recommendations of the committee, saying, “I am very glad about the agricultural and other empowerment programmes that the committee recommended.

“Unless and until the state and federal governments provide necessary support and assistance to empower individuals and groups, provide soft loanable funds to finance small and medium enterprises that are capable of addressing the ever growing unemployment rate, whatever peace we may achieve can be short-lived in the country.”

Meanwhile, about 39 armed bandits were neutralises by soldiers in two different operations in Zamfara last week, according to spokesman of Operation Hadarin Daji, a military exercise in the area, Capt. Oni Orisan. Orisan said the operations were carried out in Bakura and Anka axis of the state.

Orisan reiterated that the soldiers would not attack any repentant bandit. But he said the unrepentant ones who carry guns and move around in large numbers would be treated as hostile, advising unrepentant bandits to surrender their arms to the appropriate authorities and embrace the peace initiative of the state government.

The Nigerian Army also said its blockade of insurgents’ logistics supply routes in the North-east had led to the capture of Boko Haram commanders in Borno State.

The military had stepped up bombardment of terrorists’ hideouts and launched an effective blockade of supply routes, forcing insurgents to sneak into safe zones.

The Nigerian Army said on Saturday that the renewed onslaught against the terrorists led to the arrest of 10 commanders of the Boko Haram terrorist group, including one on its most wanted list, in Gwoza.

An update on the war against insurgency made available by Army Operations Headquarters said the arrested commanders were fleeing sustained pressure from troops when they were captured.
The Army statement said, “As Nigerian Army continues to heighten the tempo of her operational activities against bandits, insurgents and other criminal elements nationwide, the gallant troops of Operation Lafiya Dole have stepped up artillery bombardment of identified Boko Haram criminals’ enclaves and hideouts.

“Troops have equally stepped up the effective blockade of their logistics supply routes and the arrest of some of their key logistics suppliers with devastating outcomes on the criminal insurgent group.”

It said, “During a successful sting operation conducted by troops of the 26 Task Force Brigade, 10 suspected key Boko Haram members were captured while attempting to sneak into some communities around Bitta in Gwoza LGA of Borno State in a bid to escape the troops’ sustained onslaught against them.

“Preliminary investigation reveals that the arrested criminals are ranked higher than the Amir in the criminals’ hierarchy. Many of them have been identified to have operated combat vehicles during the infamous Boko Haram attack on Gwoza in 2014.”

“It is gratifying to note that one of the arrested suspects, Alhaji Bukar Modu, is Serial No. 89 on the high profile Boko Haram leaders wanted list published by the authorities of the Nigerian Army.”

Following the development, Chief of Army Staff, Lt. Gen Tukur Buratai, thanked patriotic citizens for availing the Nigerian Army with useful information leading to the successes so far recorded. He also congratulated the troops for the arrest of the 10 Boko Haram commanders and admonished them to keep the pressure on the insurgents and their collaborators. 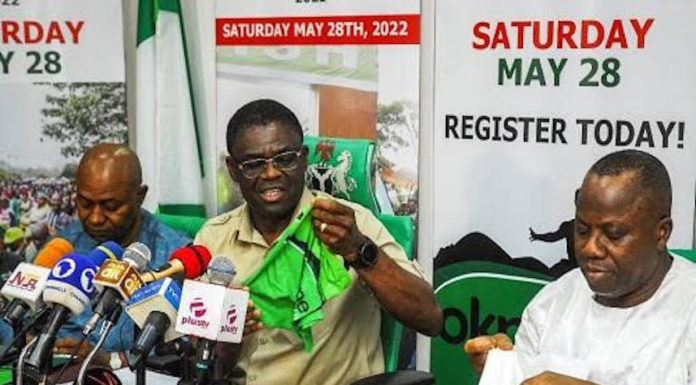