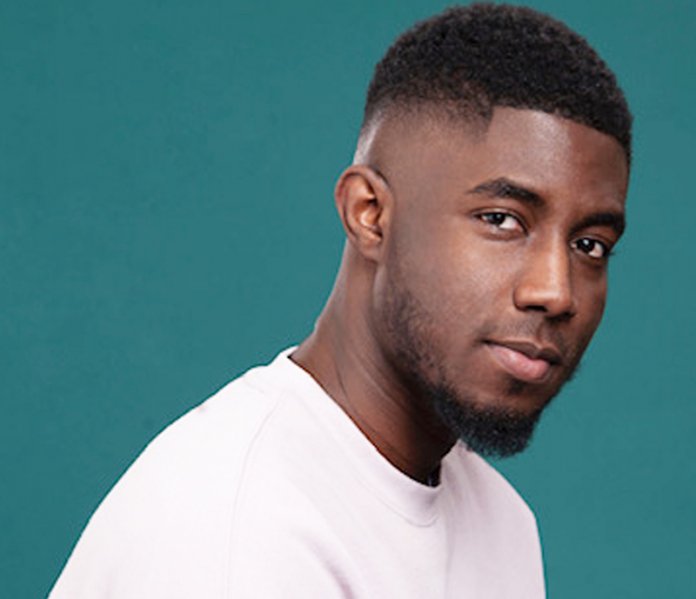 Samuel Nwachukwu, well known by his stage name CalledOutMusic, is an artiste and performer with growing presence on the gospel music scene. As a multifaceted artiste, Nwachukwu first displayed his God-given talent and passion for music at the tender age of 7 in his home church. After producing original songs for musicals for several years, his career kicked off in 2016 with his debut single, “Working on me”. Since then, CalledOutMusic has successfully released songs  and productions with Danny Duncan, thus furthering his career up to his latest single “Love Around”. Nwachukwu tells Tosin Clegg about his journey into music, his global concert series, career at large and a lot more

How my music journey started

I started my musical journey when I was seven years old. My father bought me a small keyboard that he actually wanted to play himself and, as time went by, I just picked it up and started making melodies. I started understanding the basics of music and the foundation of music and from then on, it just grew into this thing that I couldn’t control any more. I just love music, and my parents always played traditional Igbo Christian music every morning. The journey has been incredible. I’ve met so many wonderful artistes and music executives who have shaped my career to what it is. I’m still in the early stages of my career and I’m so excited for what’s to come.

In terms of music production, I would say when I started messing about with the sounds on my keyboard I loved what it created, so I started to understand beats and melodies and how important they were to songs. I took some time out to study some production on the side, as well as songwriting. There is a producer that I really admire, his name is Max Martin and I studied everything that he did. Everything that Max Martin did, I wanted to do and from then on I just started realising that I could take some elements of pop music, jazz music and I could use it to praise God. I could make it my own and make my own unique sound out of it which is good. We have to do everything we can to be the best at anything we touch and I made the effort to be the very best producer/songwriter that I can be.

It says “We are a chosen generation, a royal priesthood, a holy nation… we have been called out from darkness into the light.” So, that transformative process is what stuck out to me because, as a human being, I believe since I found Christ I started the process of being transformed and I believe there are so many people going through the same process as I am.

I’m inspired by a lot of things

I’m inspired by music and inspired by ministry, testimonies, life and people‘s experiences, as well. As for picking songs for the right season, I just try to be as authentic as possible. If I’m going through a period of being patient and waiting on God, I’ll write about it. I just try to keep it very real. As for how long it takes to write a song, it depends on who I’m working with and how quickly the song comes together. We also consider whether the production is a live record or studio record.

There are so many factors but generally it shouldn’t take more than three weeks to get a song from start to finish. I have one official album on the charts ‘In Due Time’ which was released in December 2018 and another compilation album ‘The collection’ made out of previous singles. They have given more solidity to my career as it gives listeners an insight to my life and my story. We’ve been blessed to have received a lot of awards in the three years we’ve been doing this but amongst them all, the stand out ones would be the ‘Best Male’ artiste I received this year at the Premier Gospel awards.

Good music is subjective. For me, it is music that makes sense, music that conveys a clear and positive message to the listeners. I find that the songs I love are pieces that lean towards the melody rather than just the beat. It’s the melodies that make songs stick around forever, not the beats.

Making music in the UK and back home in Nigeria

It’s the same, to be honest. The main difference is the sound. In Nigeria it’s obvious that afrobeats is influencing everything. We now have artistes in Nigeria who are switching up their sound to blend in with the crowd. However in the UK, there is more of an appreciation for different genres and styles. So, I as an artiste who makes Christian Pop music, there is so much room for me to create and express myself. So, perhaps in Nigeria there needs to be more of an effort made to embrace different styles of music. My friend, Johnny Drille is someone who is making a huge impact at the moment because someone gave him a chance. We need more people, bold enough to stand with their uniqueness to reform the music industry in Nigeria.

HFP is an independent Christian music label in Hampshire England. We have been working together since 2016. With the help of label executive, Chibuzo Okoro, I’ve been able to discover my sound in a crowded market and have been instrumental in getting the music to the ends of the earth. It’s been such an amazing three years with HFP music.

We put up these nights to push the music by encouraging believers, young and old to hold on to the truth of the Gospel. The last one we held in Lagos was amazing. Being back home and worshipping with family and friends was a feeling I’ll never forget. God willing, we’ll come back again for it.

Kirk Franklin and Mali Music have been huge influences on me. I love how they create and see music. I would love to meet them someday. As for mentors, there are many, my father being the main one. His tenacity and drive inspires me. He’s also responsible for showing me the gospel of Christ for which I’ll always be grateful.

We have so many amazing things planned for next year. It will all be announced on the socials when the time comes. Hopefully soon, I plan doing more travelling and spreading the gospel to as many ears as I can. This is my purpose and the music is simply a tool to make this happen.

This has always been the goal and always will. Before I am a musician, I am a Christian and I have an important role to play in getting the good news out there. So, whatever form this takes I’ll be willing to be used by God however He chooses.