President Muhammadu Buhari has announced the immediate suspension of international travels by all cabinet members and heads of government agencies to enable them personally lead the process of budget defence at the National Assembly.

On the same, President of the Senate, Ahmad Lawan, said the National Assembly would not allow Ministers or Heads of Ministries, Departments and Agencies (MDAs) of government to frustrate it from passing the 2020 Budget proposals by December.

A statement yesterday by the Director Information, Office of Secretary to the Government of the Federation, Willie Bassey, said the travel ban on ministers followed the recent presentation of the 2020 Appropriation Bill by the President before the National Assembly.

According to the statement, the suspension of such travels would enable functionaries and agencies of the executive arm of the government to provide the required cooperation with the legislature in order to ensure timely passage of the Appropriation Bill.

“Honourable Ministers who have already secured approval to travel are by this directive, required to revalidate such approvals with Mr. President after confirming the Schedule of Appearances with the relevant Committees of the National Assembly,” the statement added.

Additionally, Bassey said all MDAs are to liaise with the relevant committees of the National Assembly for their schedules of budget defence.

Lawan: We will not be frustrated to miss December target for 2020 Budget

Meanwhile, the President of the Senate has said the National Assembly would not allow MDAs of government to frustrate it from passing the 2020 Budget proposals by December as planned.

In a statement by his special adviser on media, Ola Awoniyi, the Senate President said:  “The National Assembly will do the right thing, which is to work on the budget and pass it.”

Lawan, who spoke at the unveiling of the Legislative Agenda of the House of Representatives, declared: “We will not allow anyone to frustrate our desire to pass the 2020 Budget before the end of this year. So, it is an opportunity for all those concerned with defending their budgets, to take the advantage.”

The Senate President has been consistent in his desire to reverse the current unpredictable financial year to a more predictable January to December cycle of budgeting.

To achieve what some people consider a tall order, the leadership of the ninth National Assembly has repeatedly warned government officials to take advantage of the opportunity to defend their budget estimates on schedule.

“Already, the House has suspended plenary; the Senate will do same on Tuesday next week for the consideration of budget defence by Ministries, Departments and Agencies of government.

“Only the window of October is available for budget defense. Any Minister or Head of Agency who decides to travel out of Nigeria, without defending his or her respective budget would have no opportunity to do so.”

He commended the House of Representatives on the prompt passage of the Medium Term Expenditure Framework and Fiscal Strategy Paper (MTEF/FSP) just like the Senate did.

The Senate President stated that “this shows the commitment, capacity and willingness of the House to work assiduously for Nigeria to make progress”, stressing that “we are going to work jointly to ensure that we maintain and sustain this momentum.”

Lawan said the desire of the ninth National Assembly was to ensure that Nigerians get better in structure and social services.

On the Legislative Agenda that was unveiled, he noted that the Senate and the House of Representatives “have many things in common,” adding that the two chambers “have great deal of understanding of positive things for Nigeria.”

According to him, even though the legislative agenda of the two chambers are separately treated, “we have the same mission; and it is to take Nigeria to greater heights in the next four years.”

Lawan further added that the next thing was to transform and translate the prevailing stability within the two chambers into productivity by way of legislative implementation of the legislative agenda.

The Senate last month deliberated on its Legislative Agenda and adopted it. 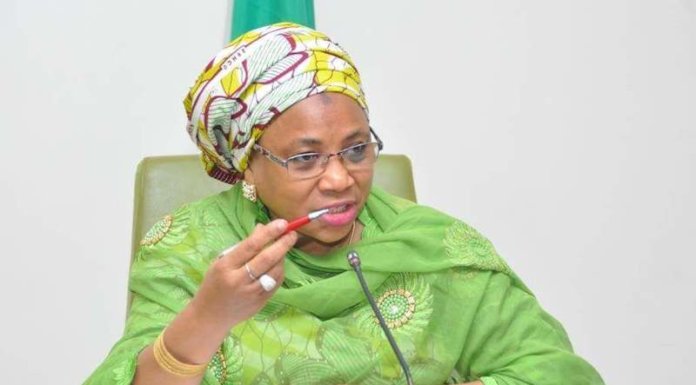