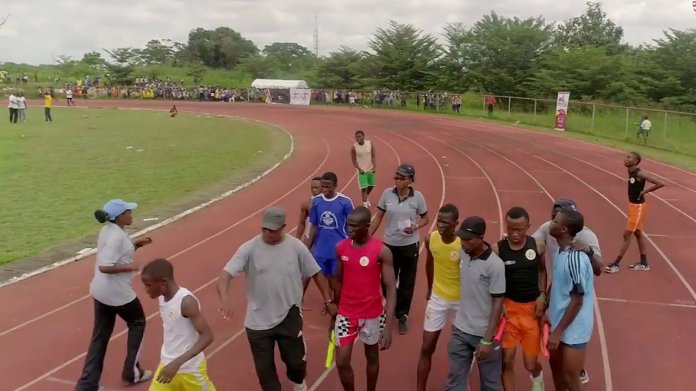 One hundred and eighty private and public secondary schools from Oyo and neighbouring states, are set to participate in the third Lagelu FM Inter-Secondary School Relay Race competition for students under 15 years.

According to the organisers, the event slated for between October 17 and 19,  at the University of Ibadan Sports Complex, is essentially a grassroots race with the objective of discovering and nurturing athletes for major national and international events.

The General Manager (Operations), West Midland Communications, operators of  two radio station based in Ibadan, Lagelu FM and Splash FM,  Mr. Tunde Olawuwo, while speaking at a press conference to herald the competition, said it was a developmental avenue for young talents to be discovered.

While lauding the Oyo State government for sponsoring the competition, he said some of the goodies available for grab as a means of encouraging the young athletes include scholarship, school equipment, teaching and academic materials aside from medals and trophies.

Recounting how the competition has helped participating schools in the area of talents discovery, the South West Zonal Coordinator, Federal Ministry of Youth and Sports Development, Mr. Femi Ajao, said the ministry  keyed into the competition since inception because of the firm belief in its capacity to help discover more talents, stating that some of the talents discovered at the last two editions helped their states win medals at the just concluded National Youth Games held in Ilorin, the Kwara State capital.