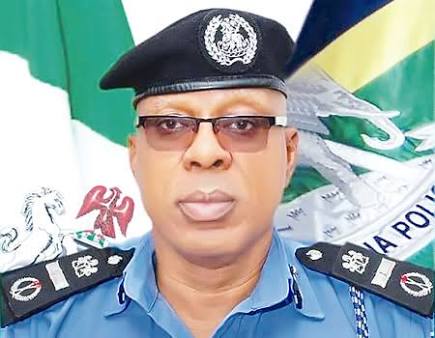 Amby Uneze writes on the significance of being a humble police officer as Deputy Inspector General of Police (DIGP), Frederick Taiwo Lakanu, retires from active service

Today, the 11th of October, 2019 marks a turning point in the life of one man who had sacrificed his 60 years of active age to fight for the unity and security of his nation. Granted that age is just about numbers or figures, but considering the active nature of some retirees, they seem to be more effective in their retirement.

For Deputy Inspector General of Police (DIGP) Fredrick Taiwo Lakanu, 60 years is just a figure as he is still willing and ready to put in more experience and finesse to the profession he cherished so much, having served for about 33 years as a fine police officer to his fatherland, Nigeria. Crime fighting is all about skills, experience and dexterity on the part of the officer; hence Lakanu exceedingly achieved successes in the field of his chosen profession.

Over the time, it had been scientifically and logically proved that hardwork and discipline pays which leads to reward and honour.  Lakanu indeed proved this sentiment to be a fact considering what he was able to give to the nation through his career as a police officer.

Born on October 12, 1959, in Lagos Island, Lagos State, Lakanu holds Bachelor of Arts (Hons) in Philosophy and LL.B. (Hons) from the University of Lagos, Akoka, Lagos State, and Master in Law from Leeds Metropolitan University, Leeds, United Kingdom. Also, he attended several courses within and outside the country, including Crime Investigation course at the Police Staff College, Jos, and Developmental Course at Kofi Annan Centre for Peace Keeping, Accra, Ghana. He is also a fellow of National Defence College, Abuja.

Furthermore, before his recent elevation as DIG incharge of Force Secretary, Lakanu had served in various capacities in the Force as AIG Federal Operations, Force Headquarters, Abuja, Commissioner of Police in Imo and Ekiti States, Commissioner of Police Airport Command, Lagos, Principal Staff Officer to the IGP (Force Headquarters Annex, Lagos) among others. He was also the Assistant Inspector General of Police in charge of Zone 7 Headquarters, Abuja comprising the Federal Capital Territory (FCT), Niger and Kaduna States.

In addition, he performed the following ad-hoc duties; Planned and supervised the 2017 Gubernatorial election in Anambra state; Spear-headed the Police Force team comprising of 500 handpicked personnel to Abia State to checkmate the illegal activities of IPOB in 2017; Coordinated Police Operations in the successful conduct of the Ekiti State 2014 Local Government Elections; Supervision of transportation of relief materials from all over the country to the North-East: In this role, his primary objective and achievement was to ensure that the relief materials were safe from diversion and got to the intended IDPs – which earned his Team a special commendation by the Presidency.

A celebrated crime fighter, Lakanu, who is also the Akogun of Lagos State; the Onwa Na Etiri Oha (the moon that shines)  and Agu-na-echemba (the lion that guides the town) of Imo State was once described by his host governor Imo as the long-awaited divine messenger sent by providence to rid the state of criminals.

It was also learnt that wherever he finds himself, he does his best to restore the lost glory of the Police. From the time he enlisted as a Cadet Assistant Superintendent of Police (ASP) in 1986, he has risen through the ranks, holding positions in operations, investigations and administration.

Lakanu was a leading member of the Special Anti-Robbery Squad (SARS) that ended the reign of the dreaded bandit, Shina Rambo in the 80s. He served as a Personal Staff Officer (PSO) to an Inspector General of Police.

To former Inspector General of Police, M.K. Smith, he described Lakanu as one whose brilliance and determination to succeed in the service to the nation took him to several states and postings where he excelled.

“Words are not enough to describe your achievement in the Nigeria Police Force, as you were at various times Commissioner of Police, Ekiti State, Airport and Imo State Police Commands respectively. You later rose to become an Assistant Inspector General of police Operations, Zone 7 and AIG Force Secretary, a prestigious and strategic office before your latest elevation to the enviable rank of Deputy Inspector General of police.

“I have no doubt that you will be greatly missed by all and sundry especially those officers who regard you as their role model. I believe that you will continue to be relevant to your community in particular, the Nigeria Police and the nation in general.

“On this occasion of your honourable and memorable exist from the Police Force my family and I wish you a happy retirement and congratulate you on a successful completion of service to Nigeria and humanity”, retire Police chief said.

Another retired Inspector General of Police, IGP Tafa Balogun in his congratulatory message to Lakanu on his retirement said “from all records, it is crystal clear that you are noticeably resulted oriented in all ways. You are passionately about your job and always well positioned to record huge successes in any responsibility assigned to you.

“Also, your undiluted loyalty to the constituted authority, the Nigeria Police Force and Nigeria as a whole has singled you out in the brackets’ of the best group. No wonder you were honoured as the Akogun of Lagos which is one of the highest in the hierarchy of titled chiefs in Lagos”, he stated.

According to Balogun, it is to be pointed out that you an outstanding police officer. Your positive and intelligent contribution to policy issues must not go unmentioned. Your mental capacity to effectively handle tasks makes you a rare disciplined officer of distinction.

One greatest feat Lakanu had over and above his peers is his love to humanity which led him to construct and complete the building of a Catholic Church called “St. Michael The Archangel Catholic Police Chaplaincy”, at the Police Headquarters, Owerri.

While policemen have been condemned and roundly criticized, DIG Lakanu has variously redeemed the battered image of the force by having a street named after him, a dual carriage way rightly behind the Police headquarters, Owerri even while in service. It is unprecedented in today’s police image. He projected community policing principles while in Imo state.

Even when Police is generally known for fighting criminals and reducing crimes in the society so as to create a safe environment for both human and property, he did not only achieve this but went as far as building a befitting Police Chaplaincy.

The Chaplain of St. Michael The Archangel Catholic Police Chaplaincy, Rev. Fr.  Innocent Emeam had to this to say about Lakanu, “Who says that a policeman will not go to heaven, you will go to heaven considering your generosity and human kindness. That was why you succeeded in crime fighting in Imo State”.